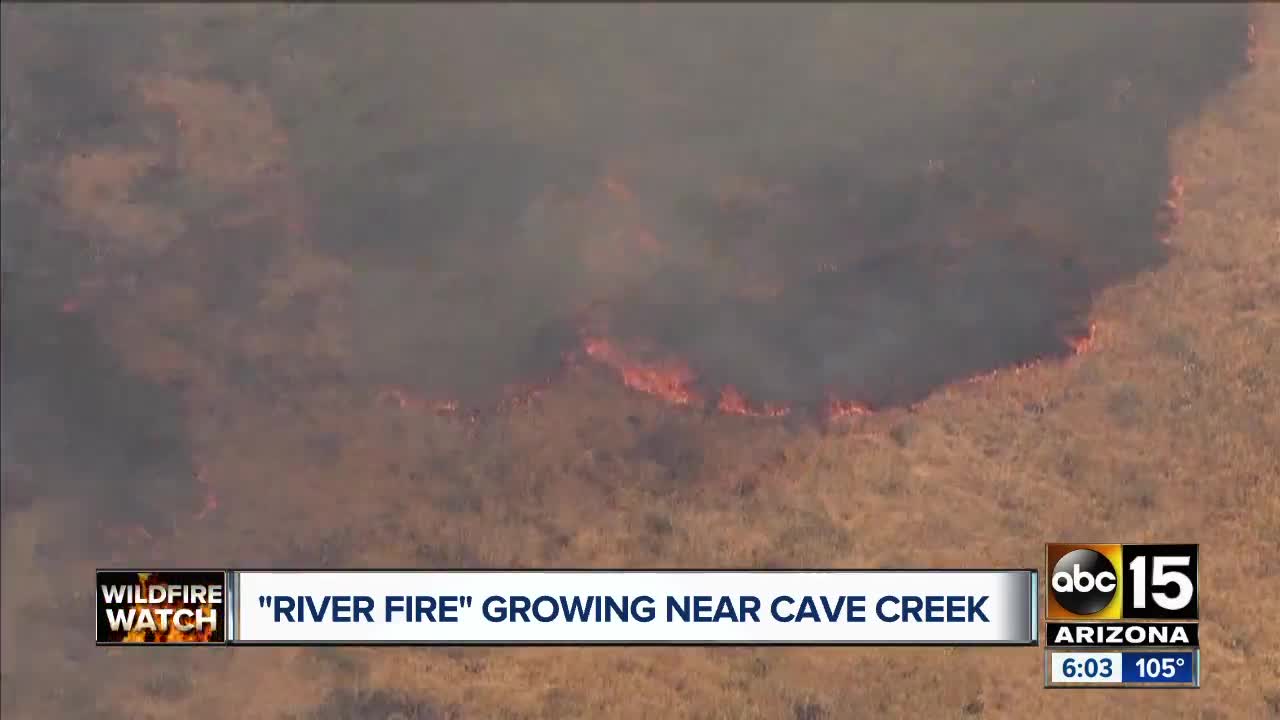 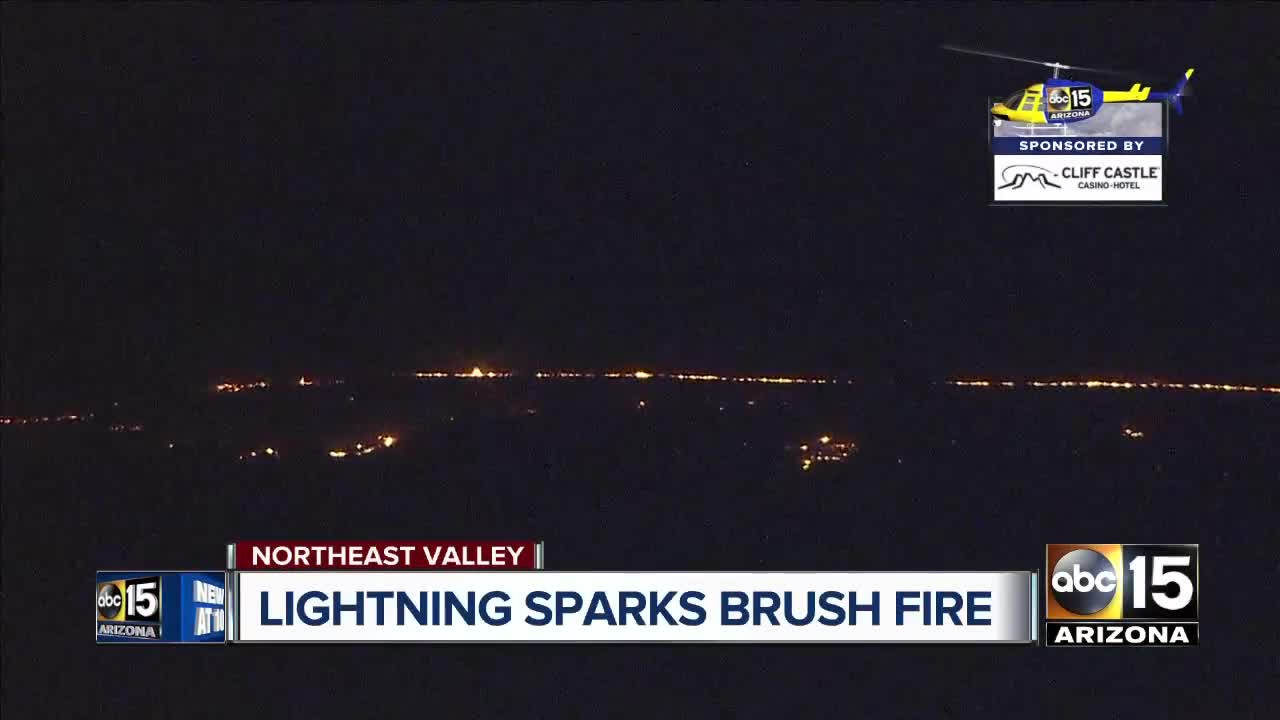 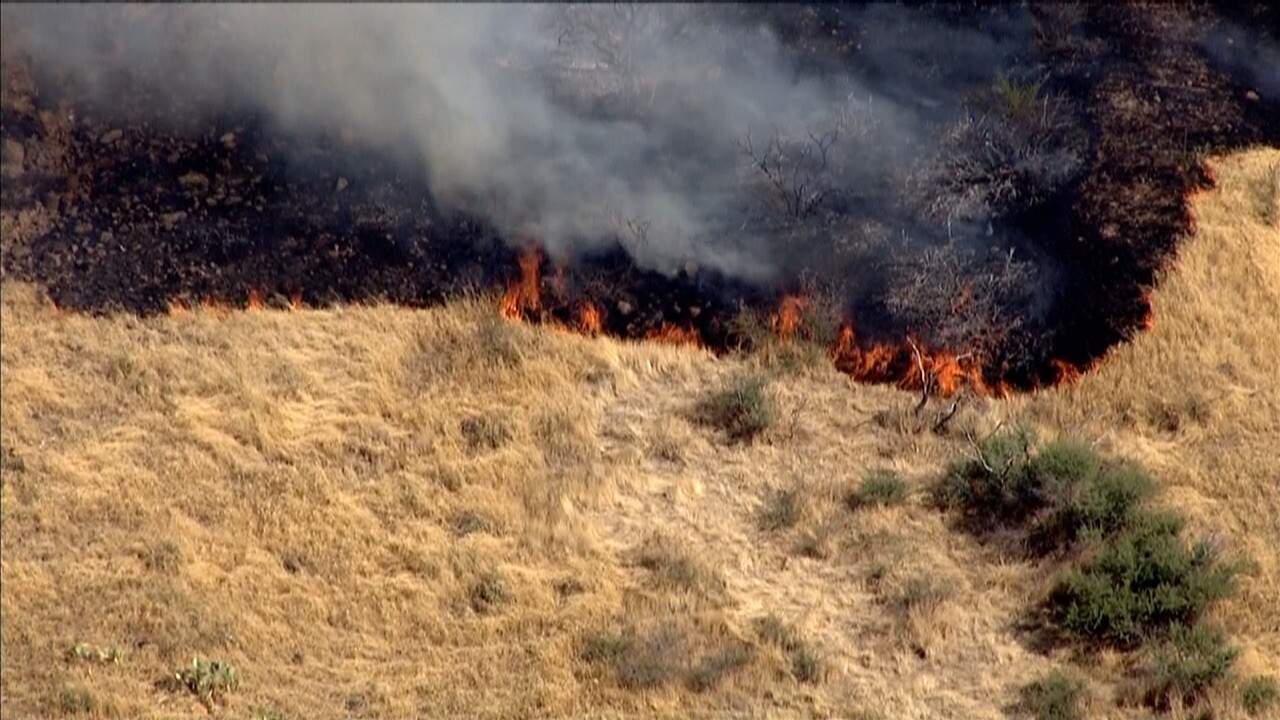 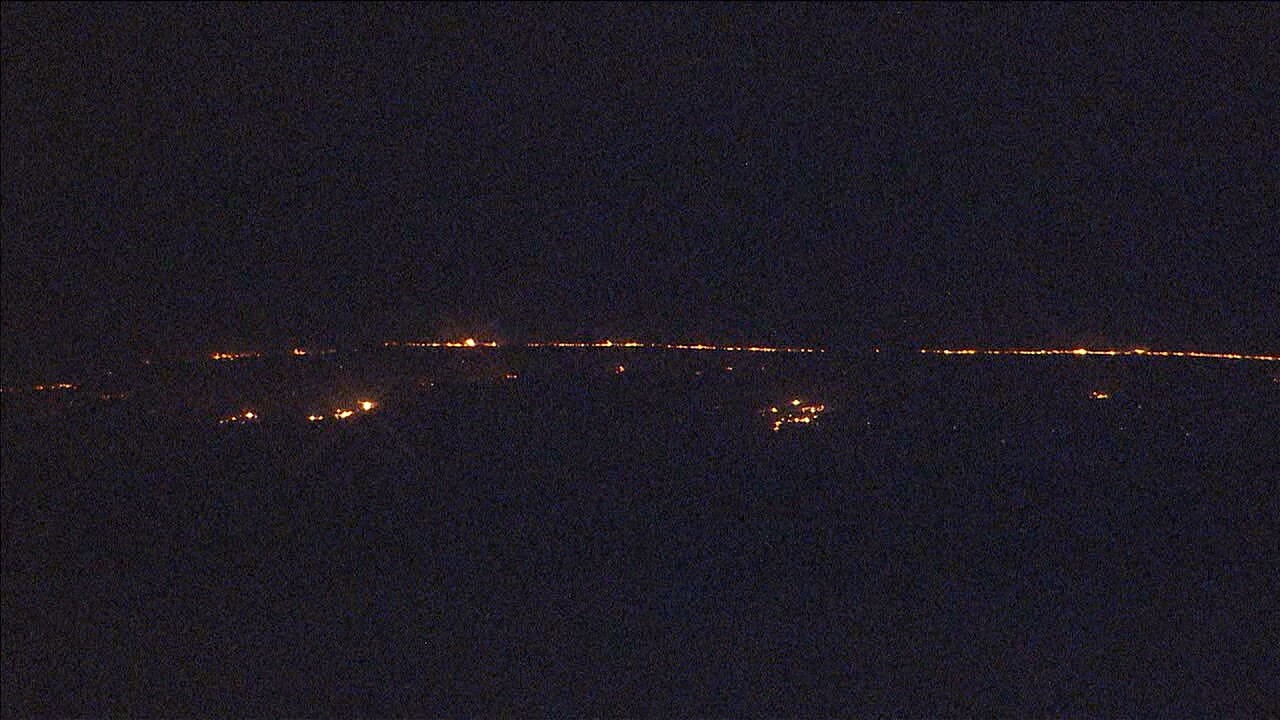 The River Fire, as it has been named, is burning on Tonto National Forest land on the New River Mesa about 3.5 miles east of New River and 7 miles north of Cave Creek.

As of Saturday night, the fire was 35 percent contained.

The Tonto National Forest says the lightning-caused fire ignited Tuesday when a storm moved through the area between 6:30 and 7 p.m.

The fire is burning to the north and east, away from the Valley and structures, officials said.

Growth on Thursday led forest officials to close Forest Road 41, a popular route for off-highway vehicles also known as Table Mesa Road. The road was closed from where it enters the national forest on the west to where it meets Forest Road 24, also known as Seven Springs.

On Friday, officials said they were successful in containing the fire between Forest Roads 41 and 17, using air tankers to help with suppression operations.

The western and southern edges of the fire have not seen much activity since the fire ignited.

Those living nearest the fire may see its glow after sunset and may smell smoke overnight as it cools and settles into the low-lying areas closer to the Valley.