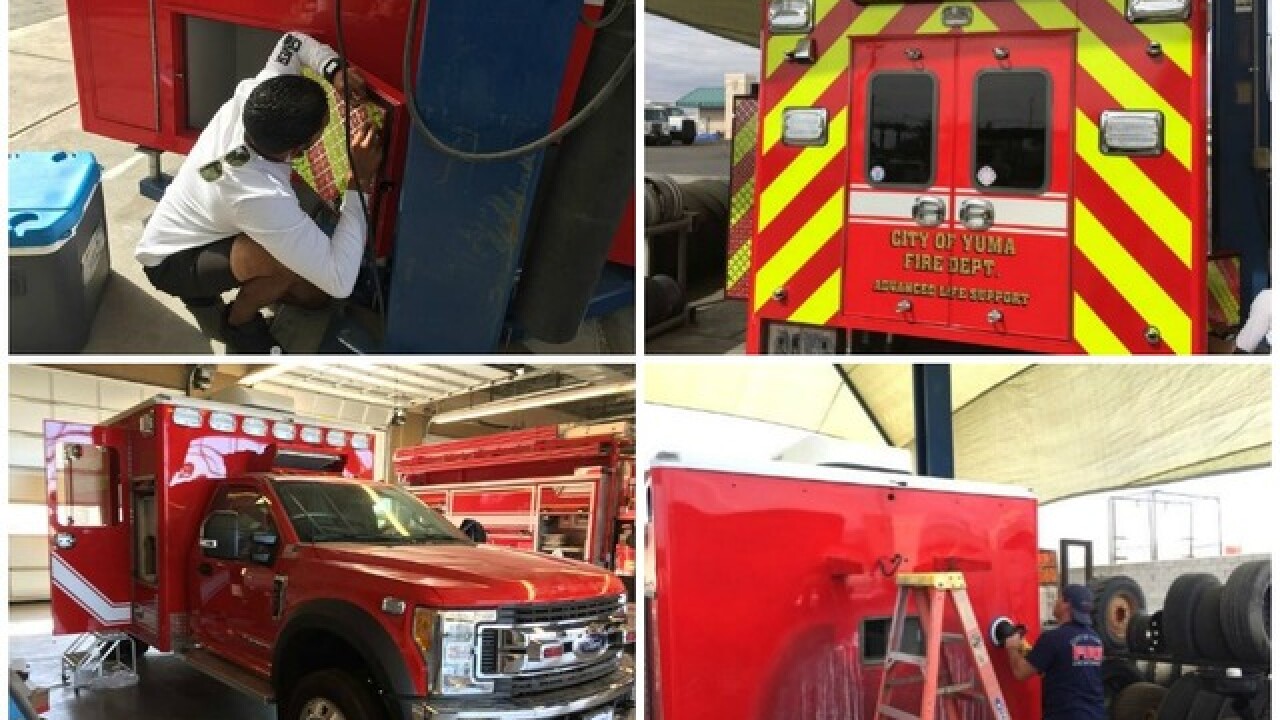 Copyright 2018 Scripps Media, Inc. All rights reserved. This material may not be published, broadcast, rewritten, or redistributed.
City of Yuma Fire Department

Buying local to replace an aging ambulance has provided big savings for an Arizona fire department.

Yuma Fire Chief Steve Irr discovered a new unit typically costs $210,000. But Irr and Fleet Manager Floyd Friar instead elected to save the city of Yuma about $70,000 by buying a new chassis from an auto dealership and then paying other businesses to finish outfitting the vehicle, which includes a gurney to load patients.

The new truck came from Alexander Ford, and the vendors who provided their expertise included Tom's Paint and Body, Chassis Dynamics, which did the suspension work, and Sign Masters, which handled the graphics, the Yuma Sun reported.

The final price came to $140,000, which Irr called a "huge savings." Irr said he was proud not only of the cost savings but that the Yuma Fire Department used community resources to complete the project.

"We wanted to keep things as local as we could," Irr said.

Irr presented the new ambulance to the city council last week during a work session. Fire personnel parked the vehicle outside City Hall and demonstrated its functions.

A feature in the new ambulance is a battery-operated load gurney. Irr said the department had been trying to see what it can do to help personnel avoid injuries, with the "biggest killer" being back injuries caused by lifting patients in gurneys.

The new ambulance has a life expectancy of nine years and then it will be kept in reserve. If another ambulance breaks down, this one can be pulled back into service.