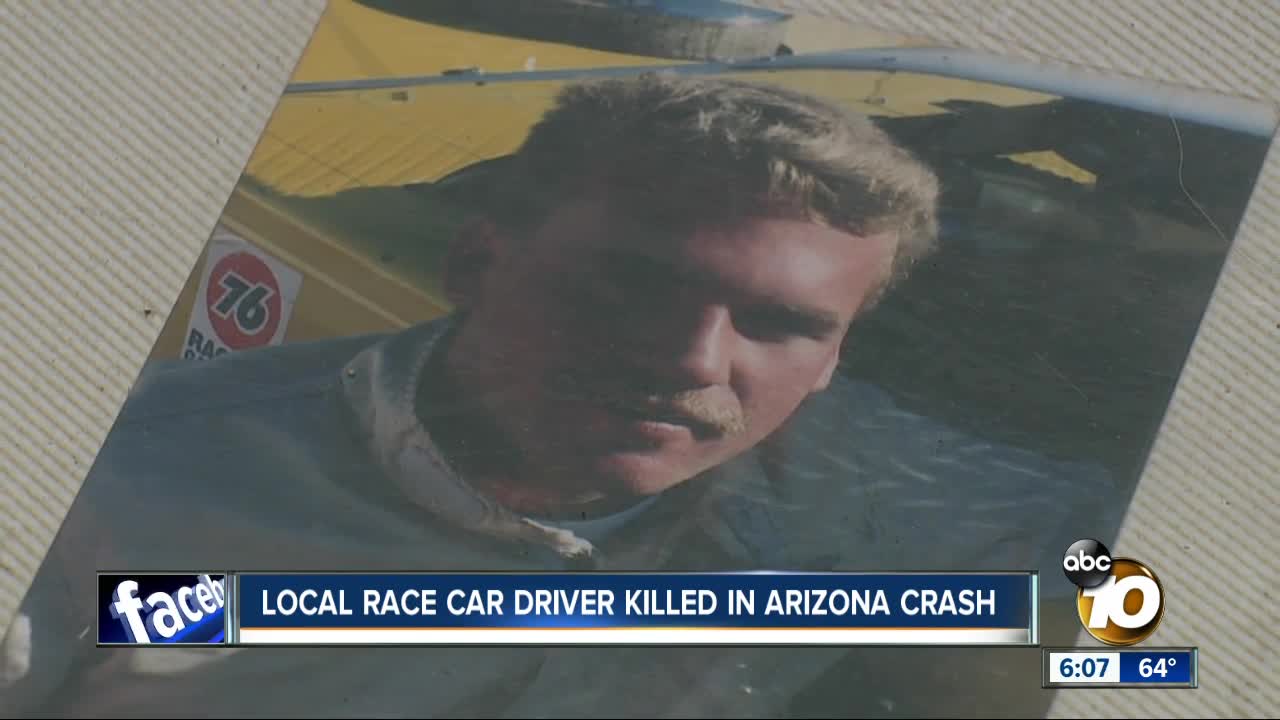 A race car driver from San Diego was killed over the weekend in a crash during a race in Yuma. YUMA, Ariz. (KGTV) - A race car driver from San Diego was killed over the weekend in a crash during a race in Yuma, Arizona.

Shelly Hackett flipped through a scrapbook full of accomplishments that showed a No. 44 car and the decorated racing career of her brother, Mike Corning.

“When he would be around the racetrack, he would come to life more than any other place,” said Hackett said.

“You go to pretty much any racetrack in this country and they know who he is,” said Larry Corning, Mike’s father who himself is a racer.

The family travels the country together, collecting wins and memories.

“I’m getting to a point where the racing career is pretty much over, so I still raced through his eyes,” Larry said.

It was no different on May 11, as Larry watched his son speed down a Yuma track.

Only this time would be the final time. Mike hit a berm on the infield, and then his car rolled four to five times.

“It was a pretty violent wreck, but it was only one car involved, it wasn't anything that should have killed anybody, but that’s the things that happen in this sport,” Larry said.

Mike was rushed to the hospital, developing a blood clot.

“Half hour or so he had a massive stroke, and the stroke did so much damage in his brain there was no way they were going to come back from it,” Larry said.

Mike did not survive, and his wrecked car now sits in a National City body shop.

Mike’s family isn’t the only one feeling the loss. Mike was known to help younger drivers and was even mentoring two the day of the crash.

A community now mourning the loss of the driver behind the wheel of No. 44.

A GoFundMe has been set up to help the family.