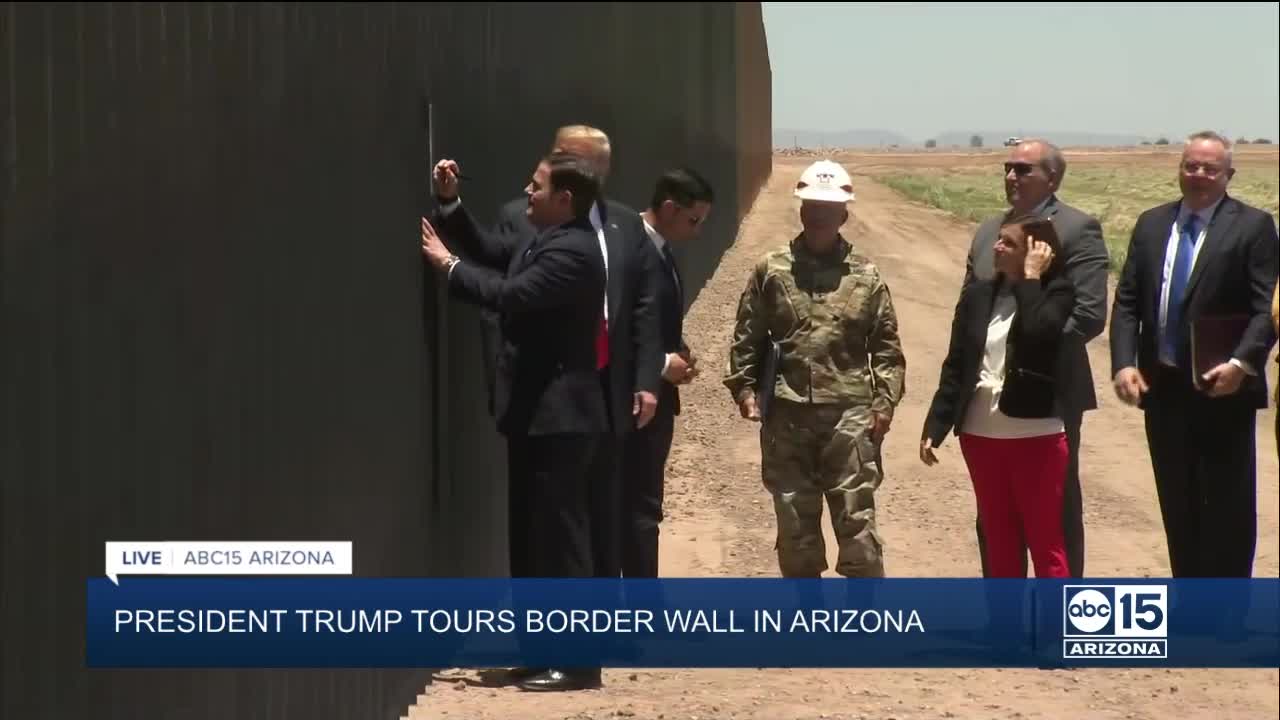 President Trump, Governor Ducey among officials that signed the Arizona border wall during a tour in Yuma. 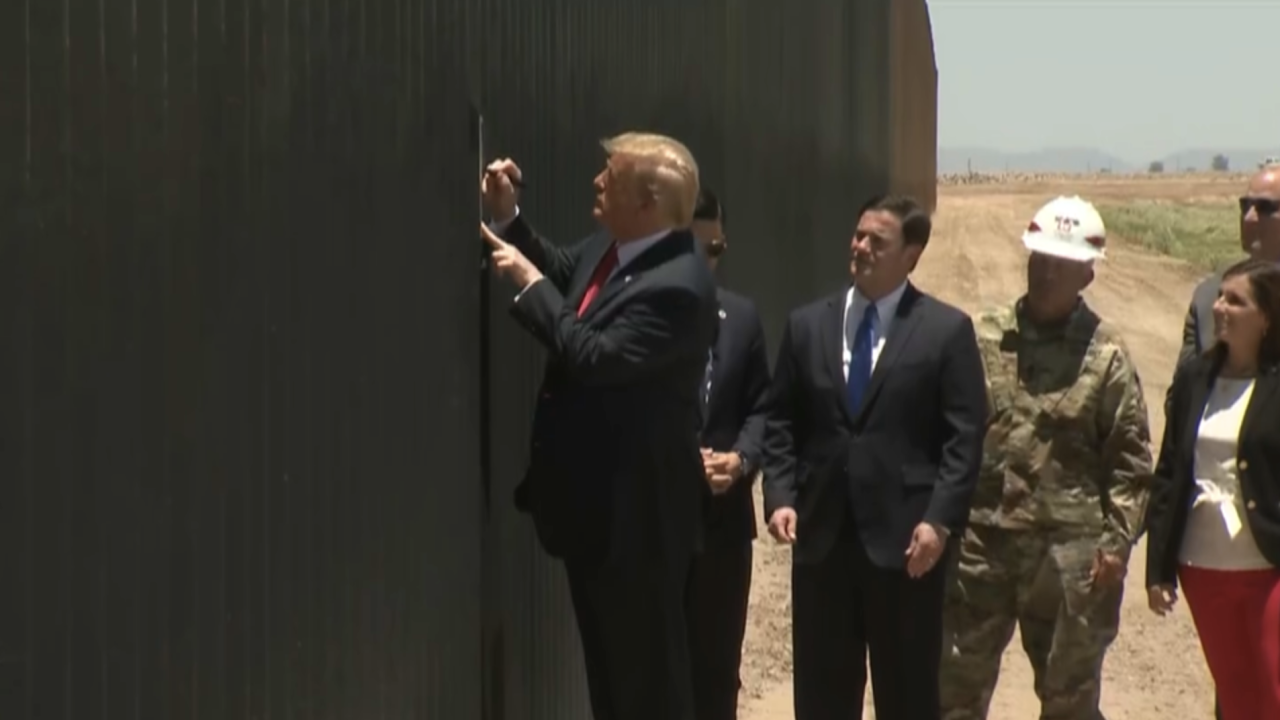 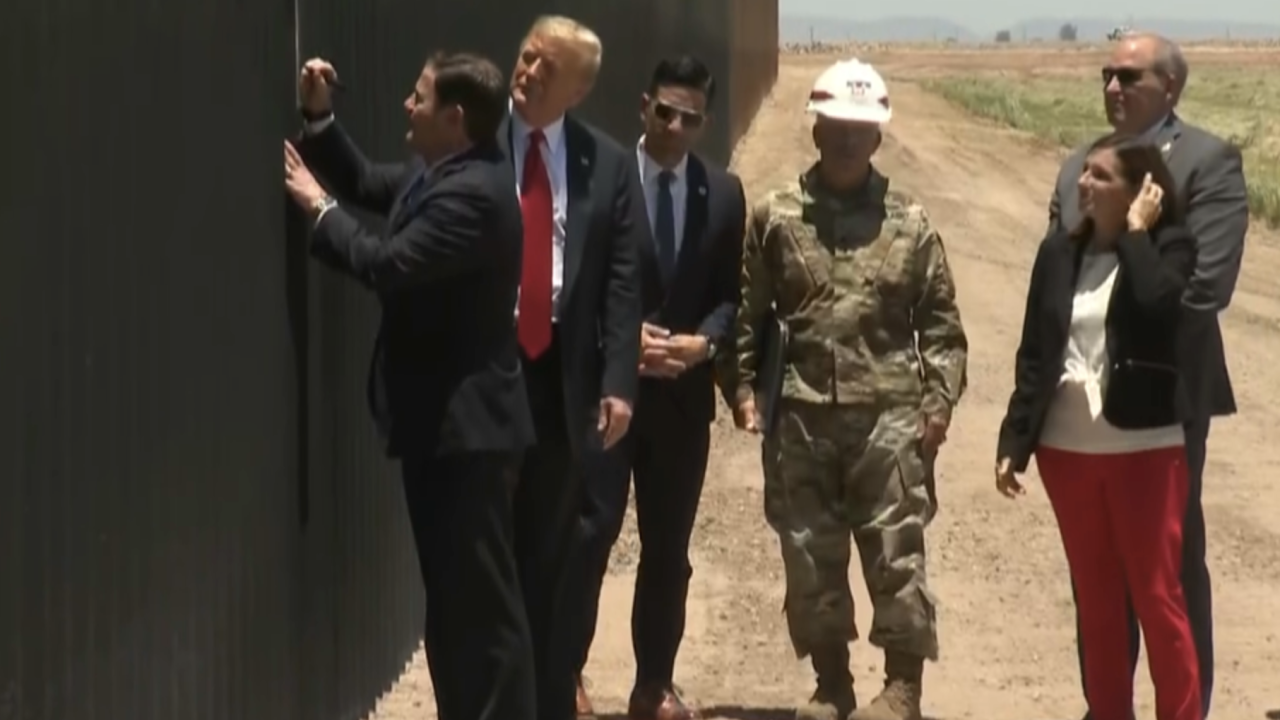 YUMA, AZ — President Donald Trump and several other Arizona officials took time during a visit to Yuma on Tuesday to sign the U.S.-Mexico border wall as they toured the area ahead of his event in Phoenix.

Footage from the border wall tour showed Governor Doug Ducey, Senator Martha McSally, and Rep. Debbie Lesko also leaving their mark on the structure. Watch in the player above.

The group's visit to the wall came following a roundtable discussion about border security with Customs and Border Protection officials.

After the tour, President Trump is flying to Phoenix for a "Students for Trump" campaign event at Dream City Church.

President Trump will take the stage in Phoenix in a few hours to speak to students and young voters. Our crew will be outside the venue for the event, we've been speaking to supporters & will have reports at 4, 5 & 6. @abc15 #abc15 pic.twitter.com/Zn3i1vPCbx