Impacts of COVID-19 on Arizona residents on southern border 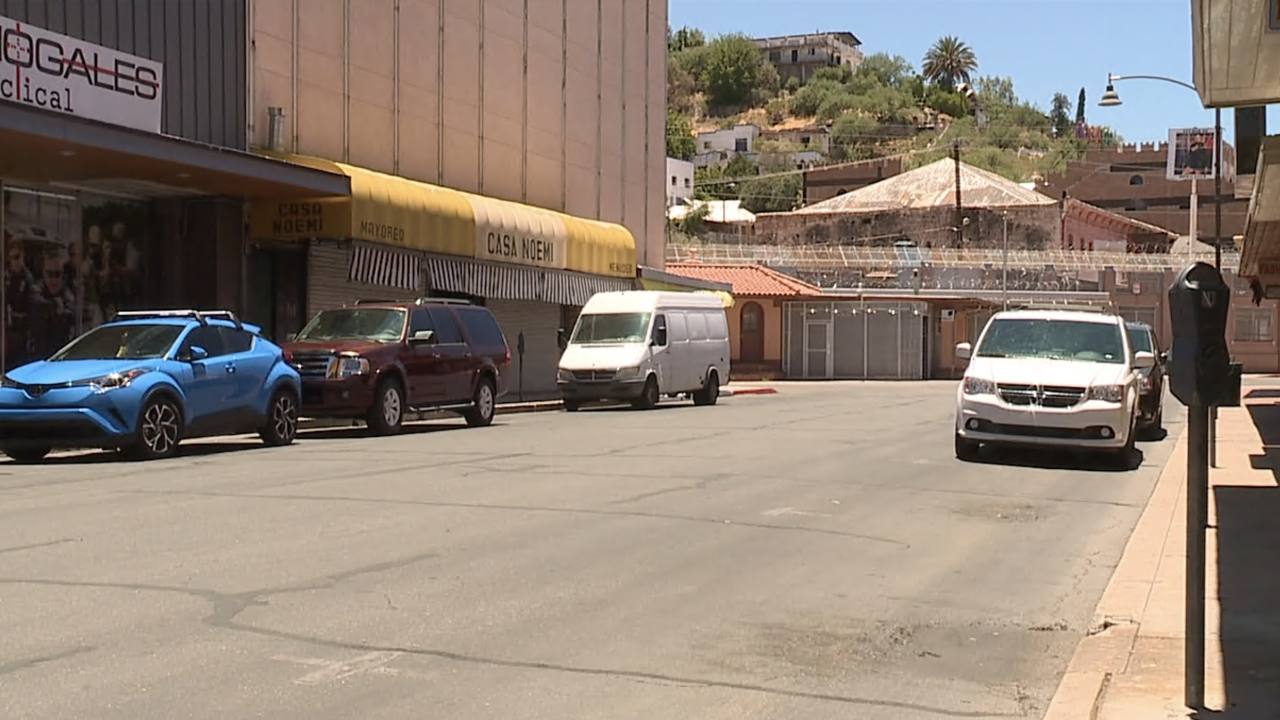 YUMA, AZ — Arizona has been thrust into the national spotlight. There has been an explosion of coronavirus cases in the state over the last month.

Now, the southern counties of Yuma and Santa Cruz, along the U.S. – Mexico border, are seeing some of the worst spikes.

David Rogers oversees the Sunset Health Community Center in Yuma County. It is a Federally Qualified Health Center, or FQHC.

"I don't know that any of us really expected this surge, you know, after the reopening of businesses and relaxing things a bit. I think things have just surged much more rapidly than what we had hoped would occur. And that's alarming, that really is," Rogers recounted.

In fact, he said they are busier than ever. "I mean, we're just, the phone just rings nonstop patients are trying to access testing patients are sick, they need to see a provider patients need some direction on, you know, what it is they're supposed to do is just really is overwhelming," according to Rogers.

According to data by the Arizona Department of Health Services, Yuma County was reporting 12 cases of coronavirus by the end of March. Then in April, it was six times more. By the end of May, there were more than 1,000 cases and three weeks later, there are more than 4,000. That is a 300% increase in less than a month.

It is a similar scenario in Santa Cruz County. There cases jumped 328% from the end of May to June 21. For comparison, Maricopa County saw a 42% spike in that same time.

ABC15 spoke with Jeff Terrell who is the Santa Cruz County Health Director. He explained, "We started, probably, a month and a half ago. We were steady, at about 45-50 cases, and then all of a sudden, we started seeing an increase of anywhere from 30 to 50 to 60 cases a day. So that’s when we started really heavily looking at the cause or causes at that point."

As of Monday June 23, Santa Cruz County made up 25.4% of all positive tests in Arizona. That is the most by far and especially alarming given that it is one of the smallest counties in the state by size and population.

Arturo Garino is the mayor of Nogales, the largest city in Santa Cruz County. "Well, I'm frustrated because of what I see and what I hear from my constituents; that neighbors are going out. People having parties," Garino explained.

He has been increasingly upset by the lack of resources, including tests, and also residents' not taking the safety messages seriously.

Garino told ABC15, "I've been messaging to the people that… Look Allison, Santa Cruz County in all the Mexican TVs, radios, newspapers from Mexico, papers from here. Look, I'm with you right now. I've been on Facebook. I've been everything and I still get people in my constituency, ‘you're not putting the message out there.’ Yes, I am."

As of Monday, Yuma County accounted for 14.4% of positive tests across Arizona. That means almost 40% of all of Arizona's positive tests are coming from these two border communities.

Over the last 10 years, more and more businesses have opened on Main Street in Yuma, and with people venturing out now, ABC15 only saw about half of them wearing masks. That number reportedly dropped even more as they made their way through Nogales in Santa Cruz County.

Health experts still remind the public that the number of cases tend to rise sharply after large gatherings.

"One thing we do know: that it's been spiking after certain events. It spiked a little for the Easter week and spiked up for Mother's Day. And then, despite that, weren't expecting the Memorial Day spike. And then, we have, we're having a bunch of graduations. The kids graduate in the after parties," Mayor Garino stated.

Both counties are predominantly Latinx and studies have shown that minority communities are testing positive at a much higher rate. As of Monday, 25% of all cases were Hispanic/Latinx, 16% White or non-Hispanic, 10% Native American and 2% African American with 44% unknown, according to AZDHS.

These numbers don't surprise Dr. Edmond Baker, medical director of Equality Health in Phoenix. He has been watching the virus and the impacts for months. He explained, "when COVID was first identified in China, they said, you know, people who are older, people with his chronic diseases such as liver disease, lung disease, diabetes are really having worse outcomes. That’s when I knew right away that the people here in this country that are going to have worse outcomes would be the ones that have chronic diseases just like that."

However, there was another revelation Dr. Baker had, adding, "Chronic illnesses, such as diabetes hypertension, lung disease, all are items that plague under-served communities."

In Yuma County, 63% of the population is Latinx and account for 73% of cases as of this past weekend. In Santa Cruz County, 83% of people are Latinx and they make up 41% of the cases.

We do not know exactly how hard these communities are being hit because the data collected has many holes. That is why testing has become so important to health experts in order to really address where the spread is worst and how to mitigate it.

"We also have to improve testing. There has to be a lot of testing, free testing for all these underserved communities, and we have to do it now. We can’t wait," Dr. Baker stressed.

To stop the spread, he urged people to keep others in mind.

"We have to remember the state is open. Our highways are open. So, you may live in an area that doesn’t have the same numbers as we do in Phoenix, or not heavily hit like some of the counties like Navajo, Apache, Yuma. But the problem is people travel between these counties freely," he concluded.