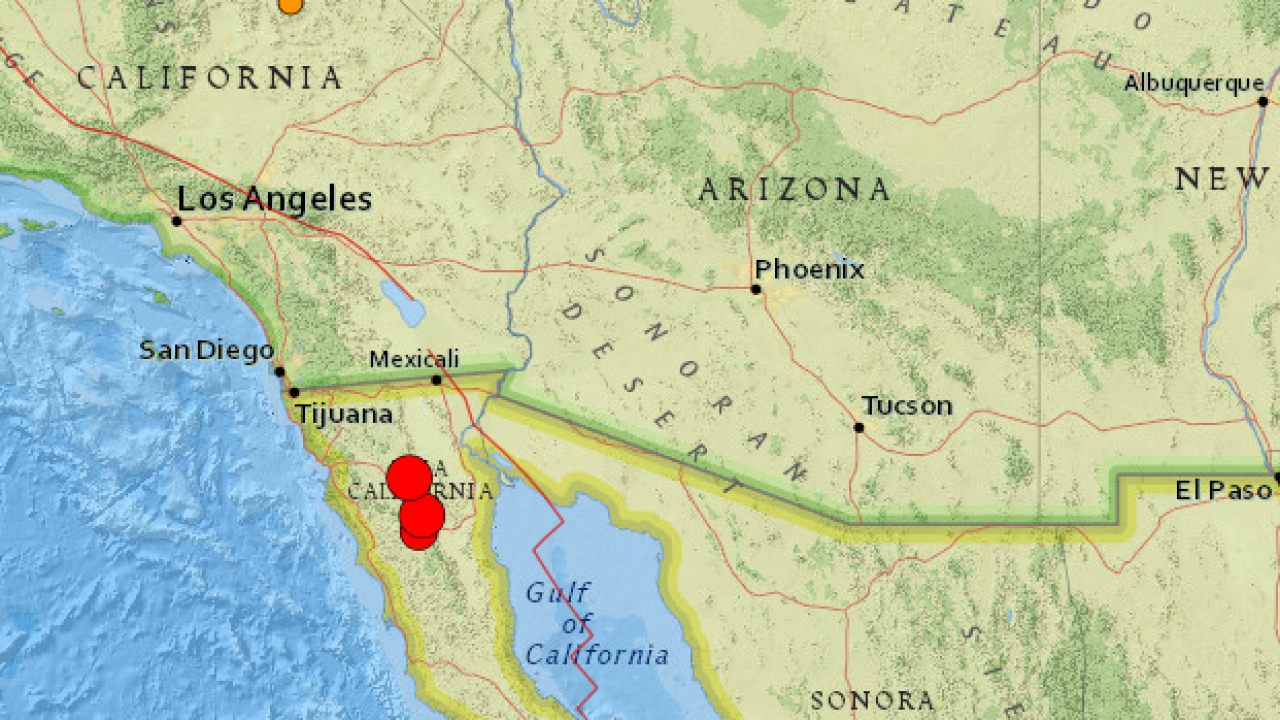 A series of earthquakes on the Baja Peninsula was felt by residents in Yuma, according to reports from the United States Geological Survey.

According to the USGS, four earthquakes between magnitudes 4.4 and 5.`1 were reported around 8:00 Monday morning.

Users reported feeling the quakes, which were centered near the San Vincente and Maneadero areas, in Yuma, as well as areas of Southern California.

There were no immediate reports of damage.