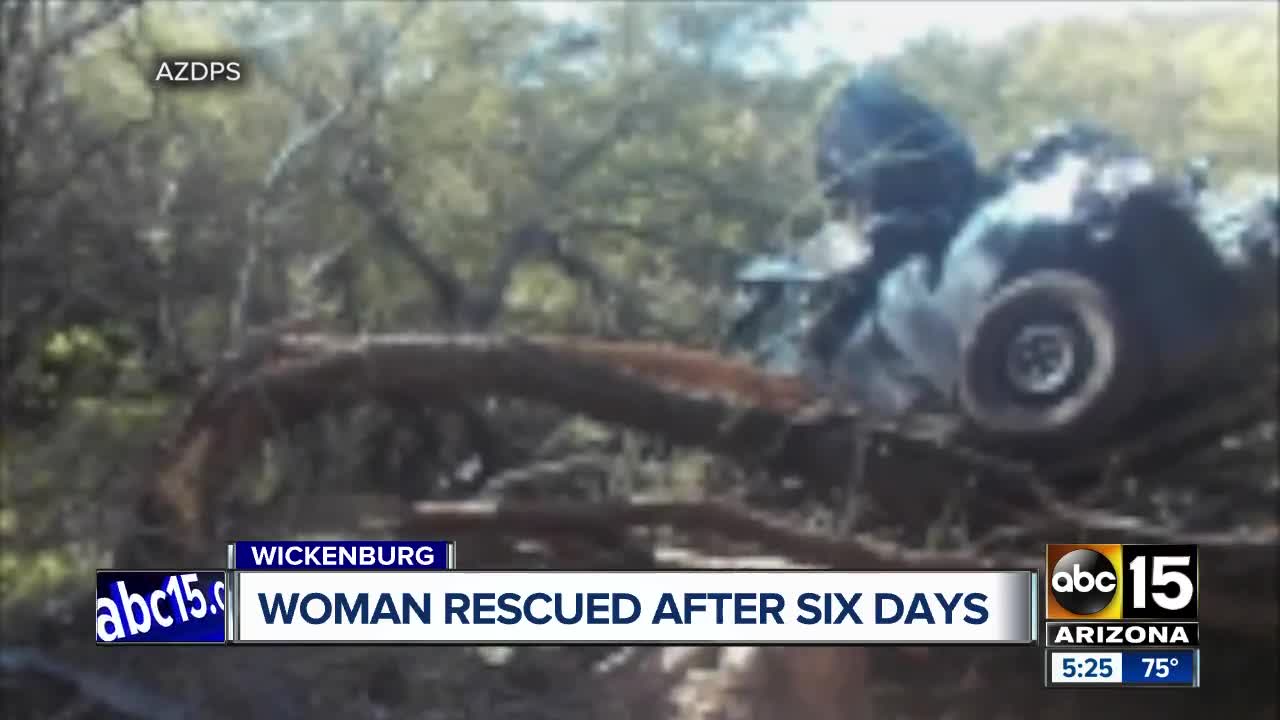 A woman was found alive days after crashing her vehicle in Wickenburg. ABC15's Jamie Warren has the story. 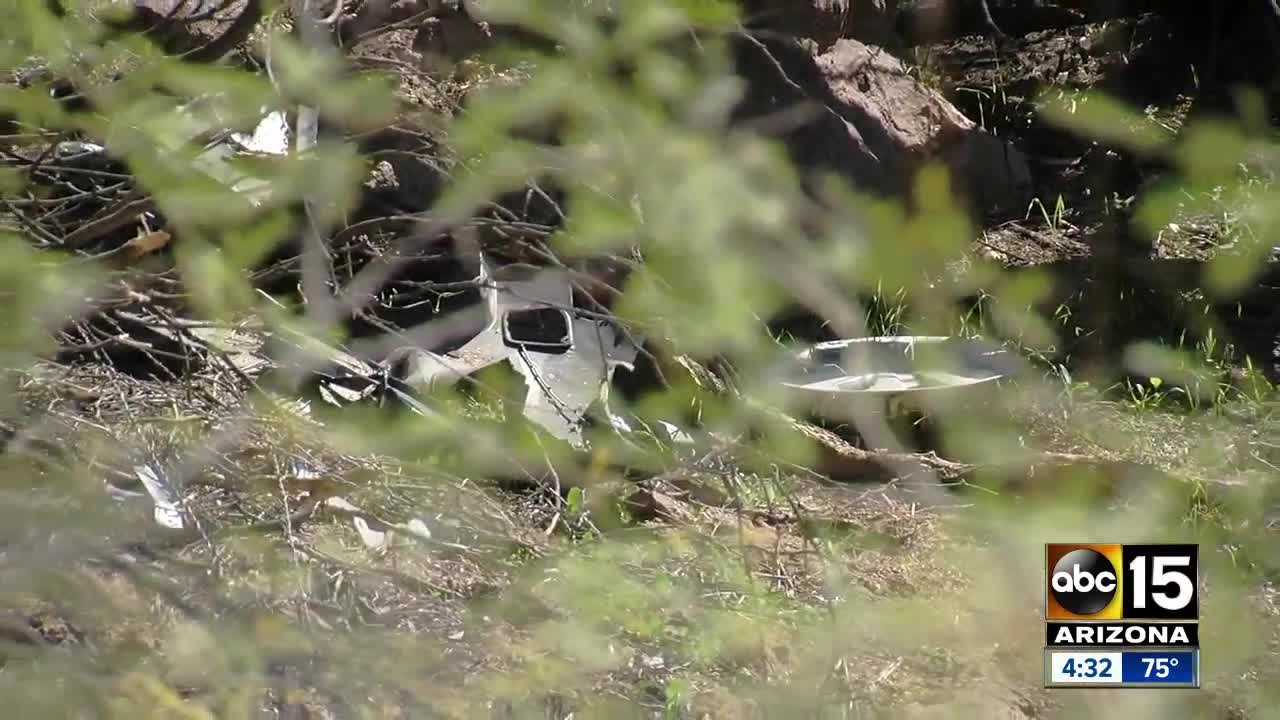 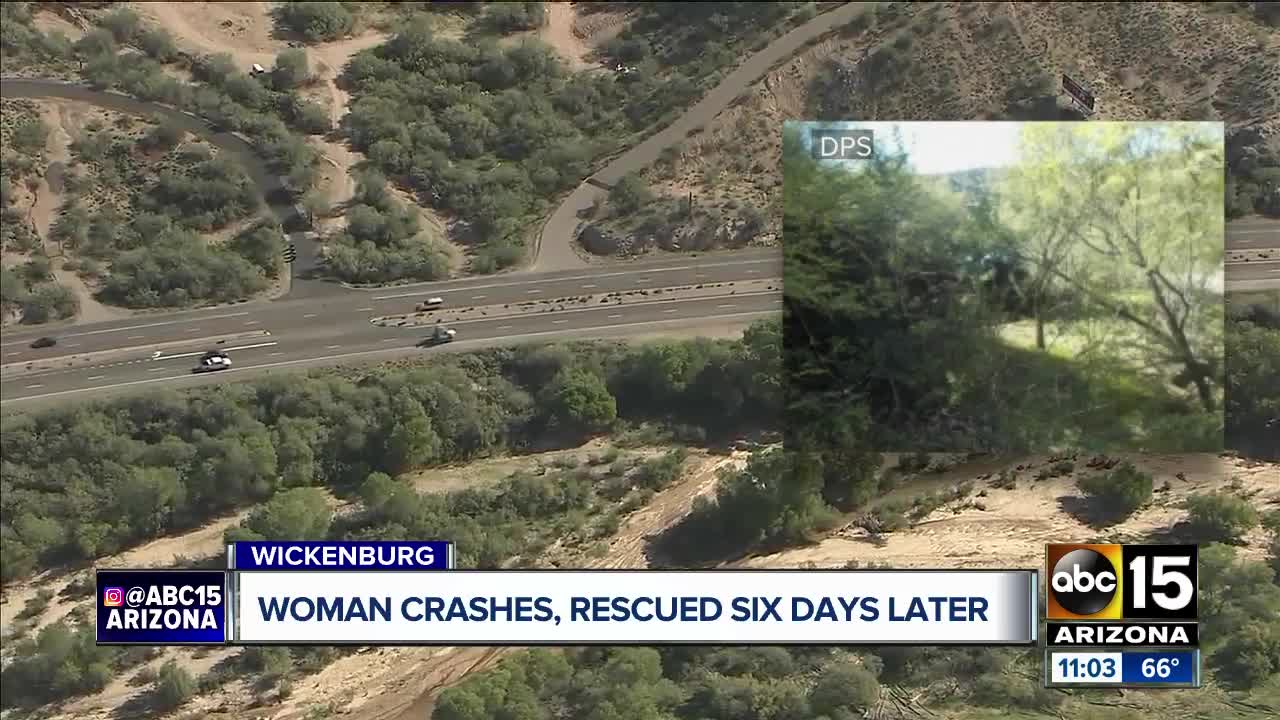 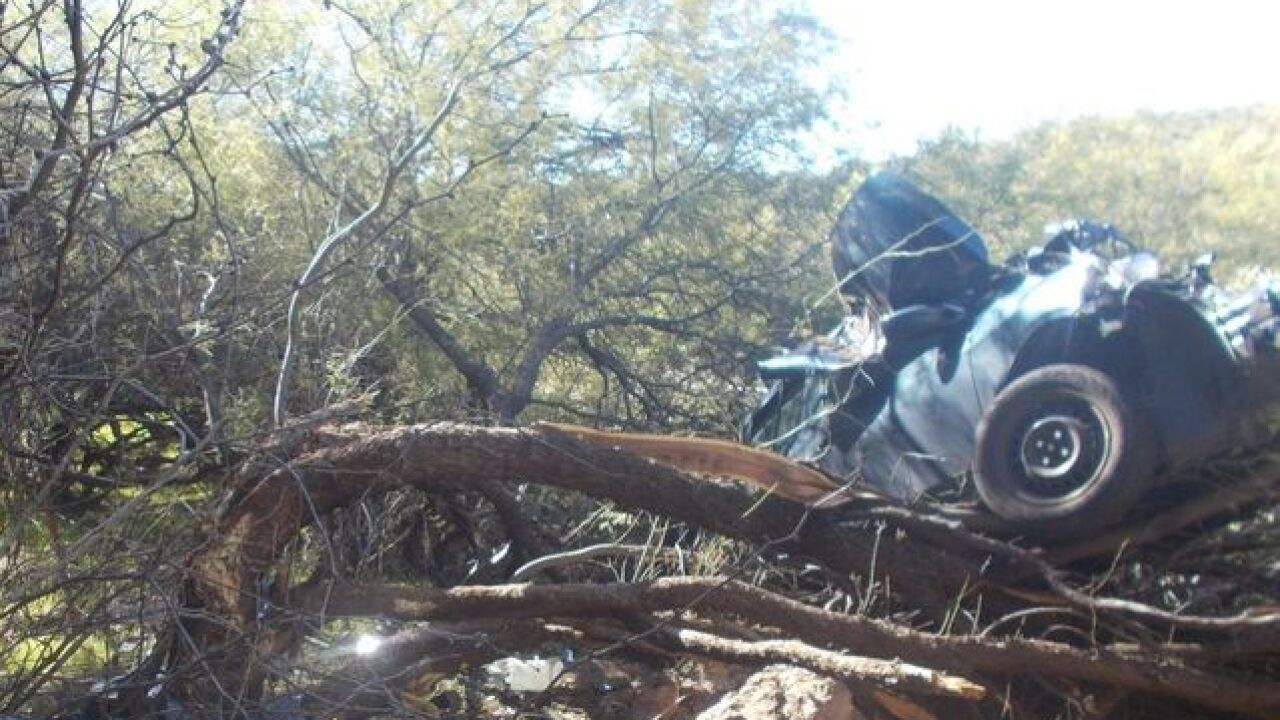 A woman was found nearly a week after crashing her car near Wickenburg earlier this month, officials say.

According to the Arizona Department of Public Safety, a 53-year-old woman lost control of her vehicle along US-60 near milepost 117 on October 12.

Her vehicle reportedly went through a fence, dropped 50 feet and landed in a mesquite tree, suspended over the ground.

Six days later, an ADOT worker and rancher noticed the broken fence while trying to corral a cow, and saw the vehicle lodged in the tree.

Emergency crews went to the scene and found the vehicle empty. Human tracks from the car led officials toward the Hassayampa riverbed where, 500 yards down, a severely dehydrated woman was found with serious injuries.

“The ADOT guy started yelling, hey she’s right there in front of you! So I sat up and she was under a tree in front of us,” said David Moralez, the rancher who helped find the woman. “If we hadn’t stopped here and then noticed the fence then I don’t know if anyone would’ve found her and if she would’ve made it a couple more days.”

“I just shook her. She was almost asleep. She was not doing very well. I started shaking her and she told me who she was. Once we figured out she was alive we started getting help to her.”

She told officials that she stayed in the car for several days before climbing out and went toward the railroad tracks hoping someone would find her, however, she didn’t make it that far due to her injuries.

The woman said she drank water out of a river and ate grass to stay alive.

A medical helicopter was called and took her to the hospital for treatment. She has since been released and is recovering at home.

Officials did not go into further detail about the woman's injuries or the cause of the crash.

“The diligence of the ADOT crew and teamwork of everyone involved is exemplary and to be commended. Due to their outstanding efforts, this woman’s life was saved," DPS Director Colonel Frank Milstead said in a media release.