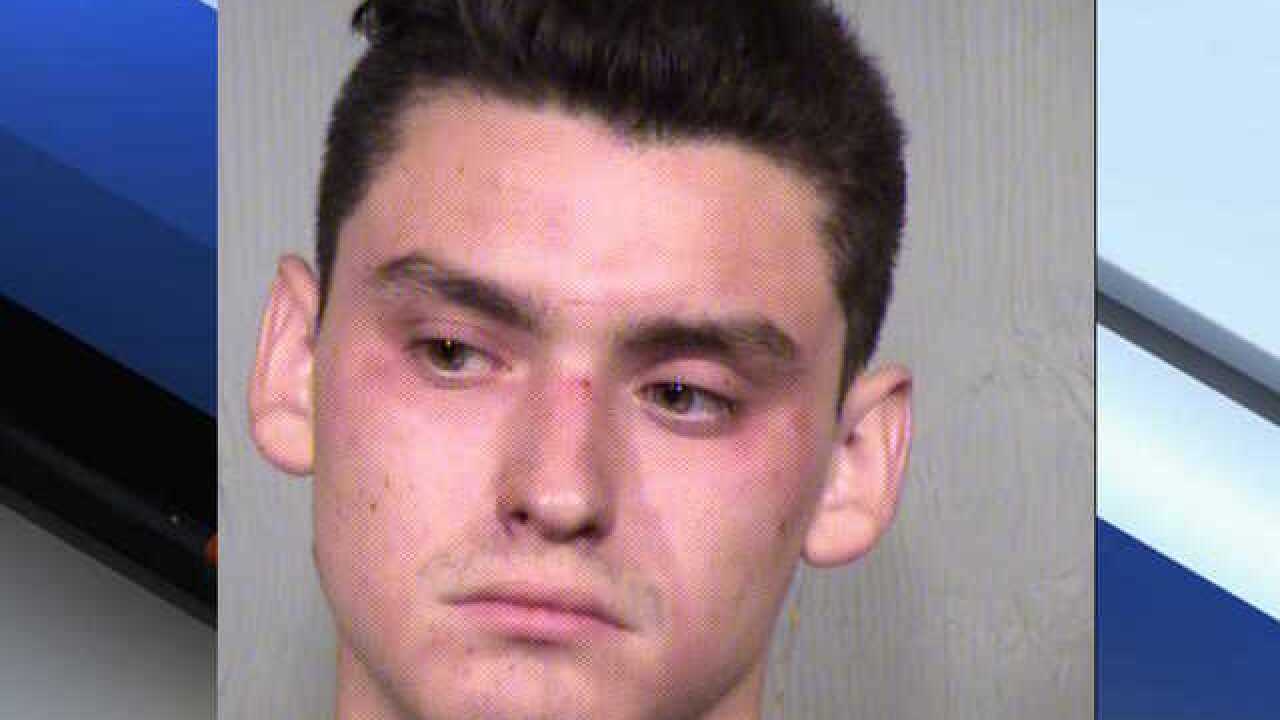 A 20-year-old man was arrested over the weekend after fleeing from police in Wickenburg and hitting an officer’s patrol car.

According to police, the incident started late Friday night when an officer attempted to stop a reckless driver. That driver failed to stop and fled from police. Later, the driver was seen in a parking lot and an officer tried to make contact again.

The driver, later identified as Brandon Tyner, drove the vehicle directly toward the officer in an attempt to hit him. The officer was able to move behind the car door and Tyner’s vehicle struck the door.

Fortunately, the officer did not suffer any injuries.

Tyner took off again, heading northbound on US-93. He eventually abandoned his vehicle in the desert near milepost 194.

Tyner was booked into jail several felony charges, including aggravated assault against an officer, unlawful flight and possession of narcotic drugs.