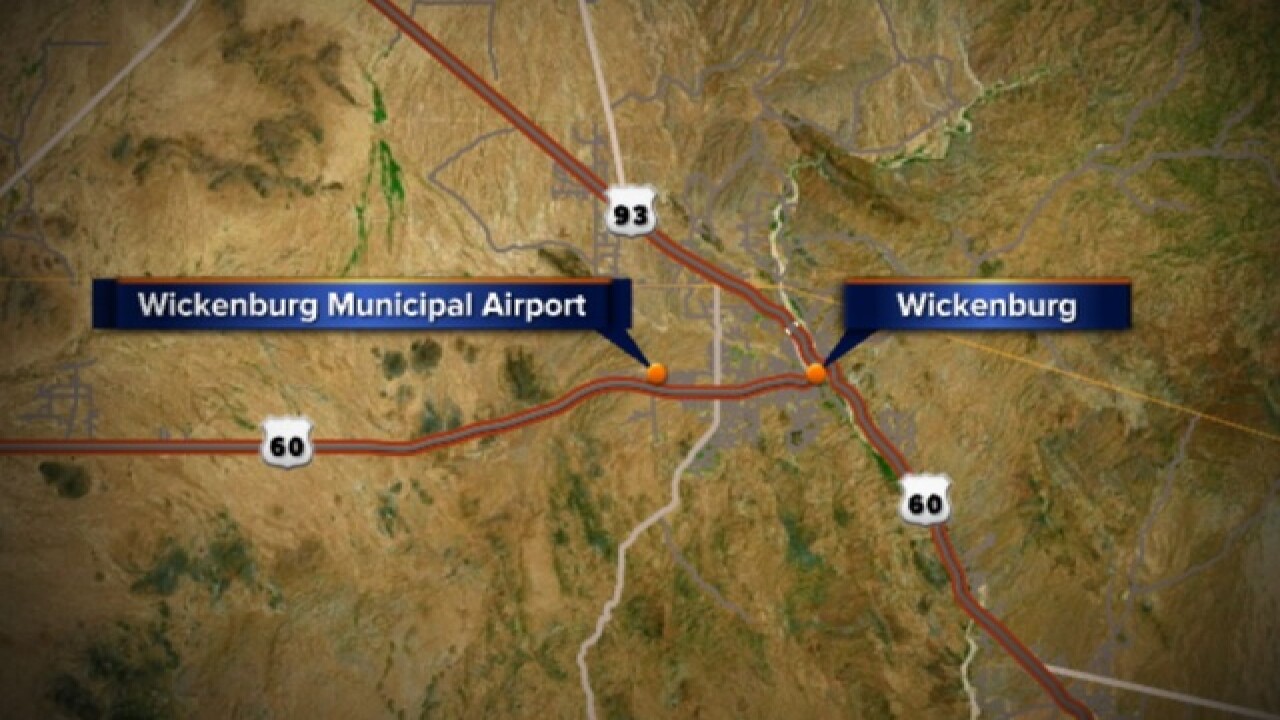 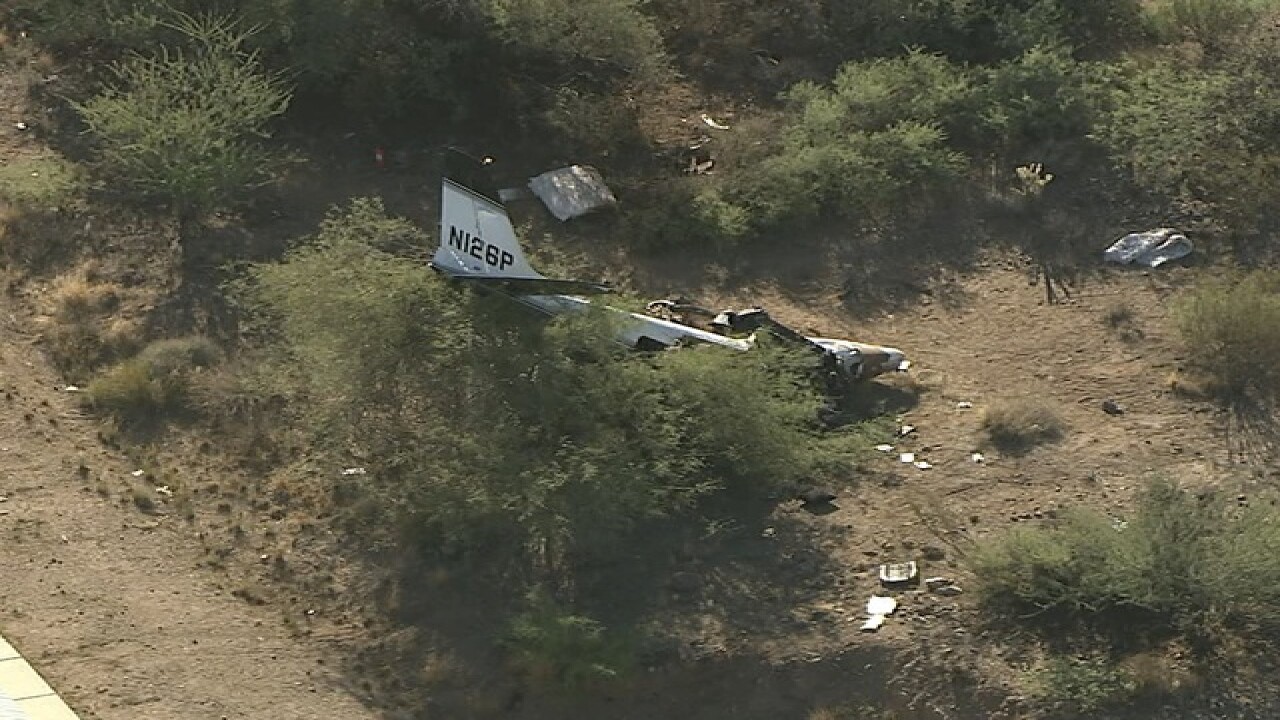 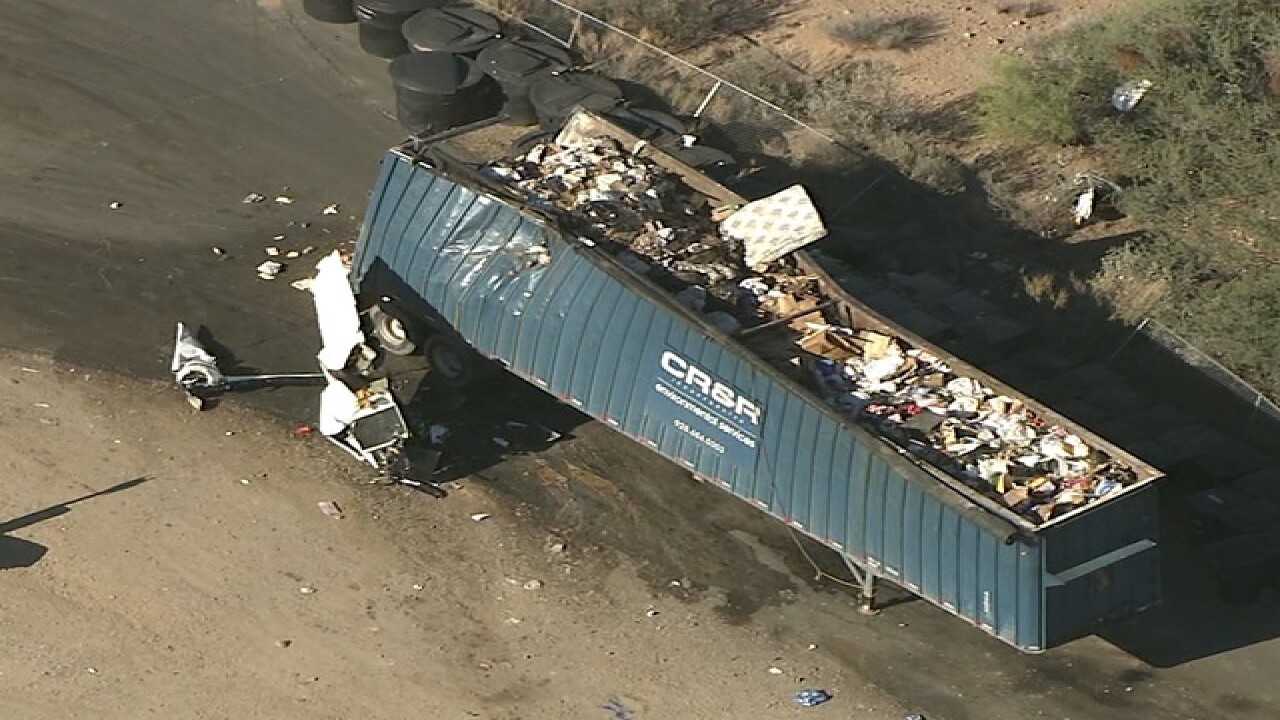 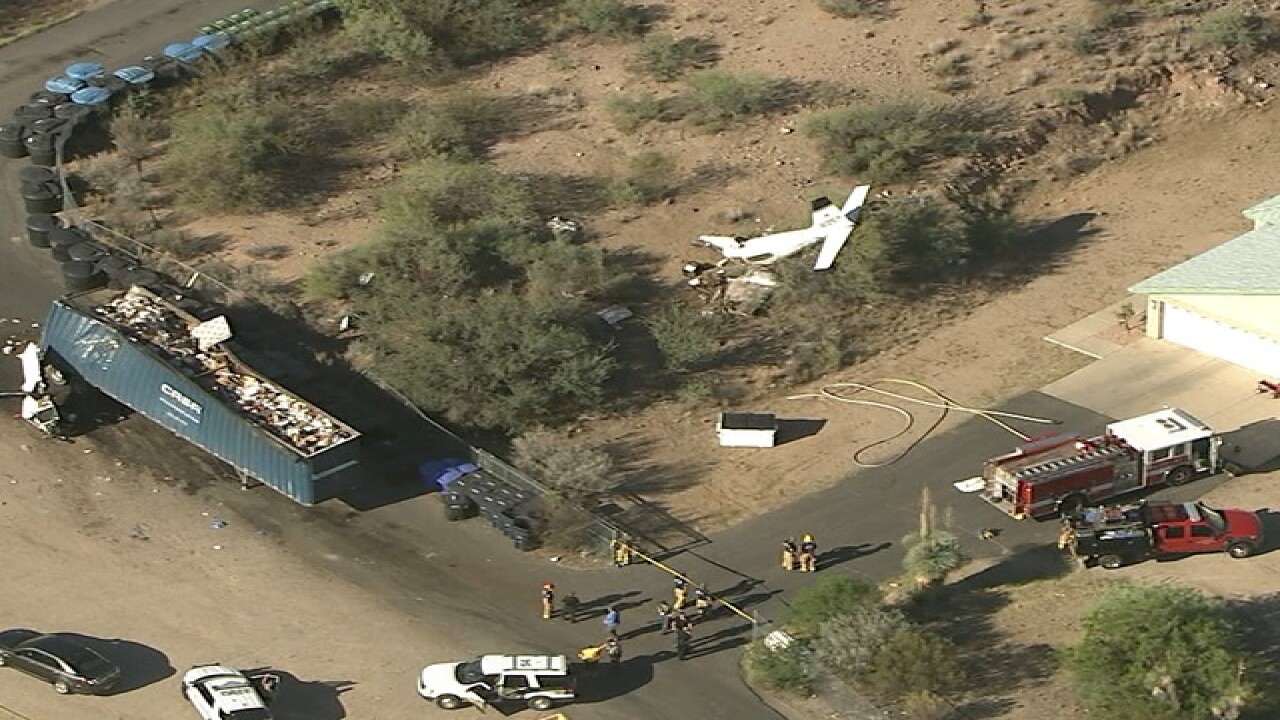 Officials are investigating after a small plane crashed near Wickenburg.

The Federal Aviation Administration said the Cessna 310 reportedly crashed a quarter of a mile west of the airport near Highway 60. It went down on departure, crashing in a group of bushes near a structure.

Wickenburg police said four people were seriously injured in the crash and taken to the ICU.

Police identified the plane owner as Linda Gagliano, but the pilot at the time was Fred Gagliano. Linda was a passenger, along with two others, Patrick and Linda Brewster. All four occupants are said to be in their sixties.

The cause of the crash has not yet been identified, but the FAA is investigating possible mechanical failure.

Stay with abc15.com and ABC15 Mobile for details.