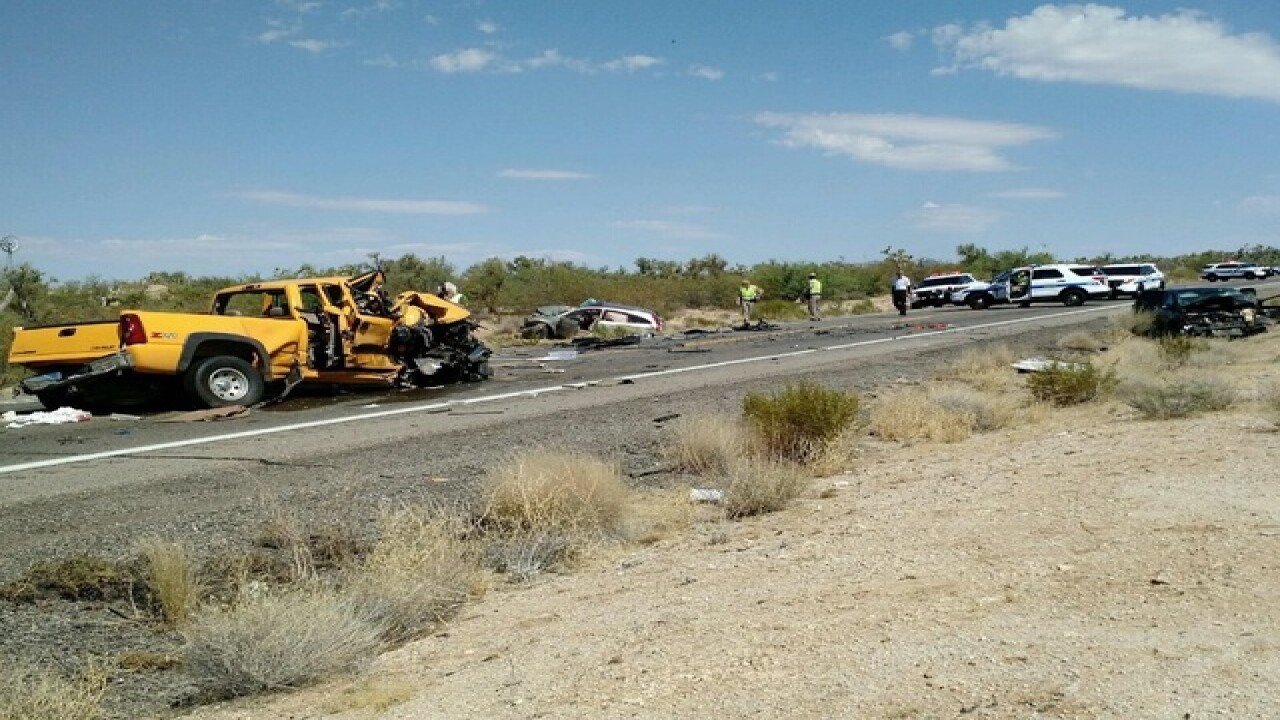 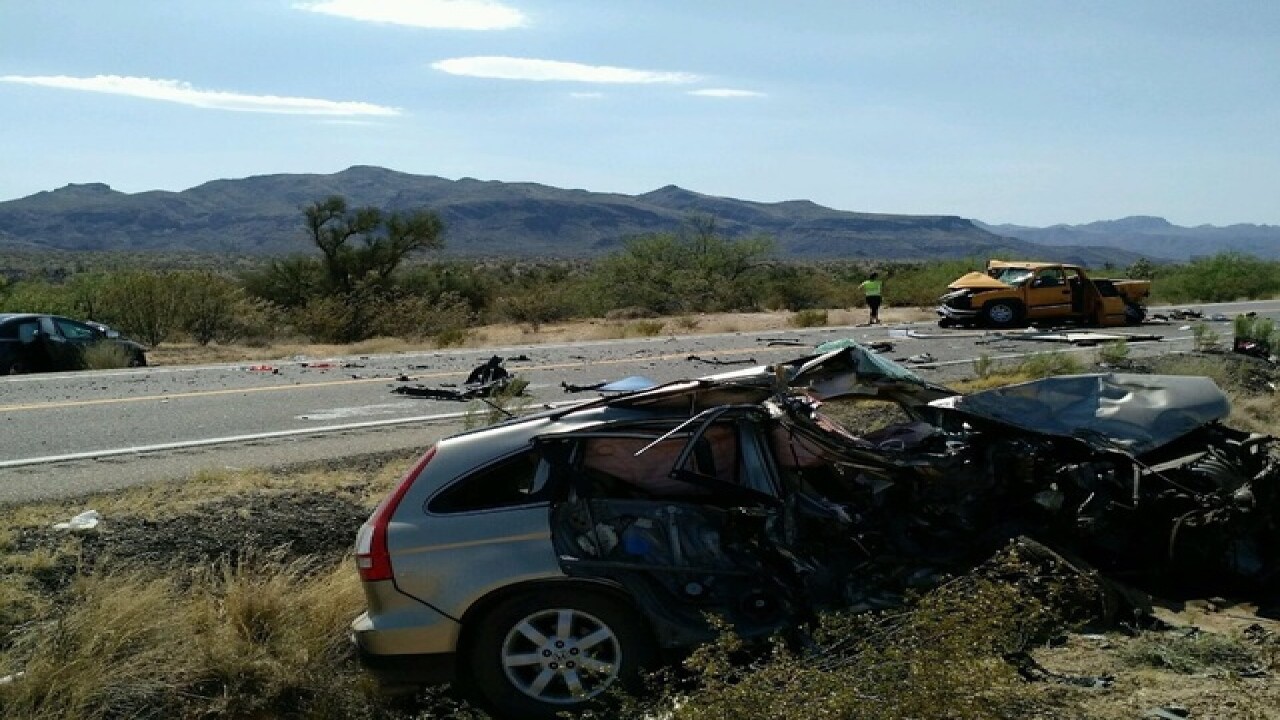 Officials say two people were killed and two others injured in a crash near Wickenburg on Sunday.

The Arizona Department of Transportation said the crash happened around 1 p.m. about 30 miles northeast of Wickenburg on US 93.

Garcia said the road, which was closed during the crash and investigation, was set to reopen before 5 p.m.