DPS: Two dead after crash on US-93 near Wickenburg 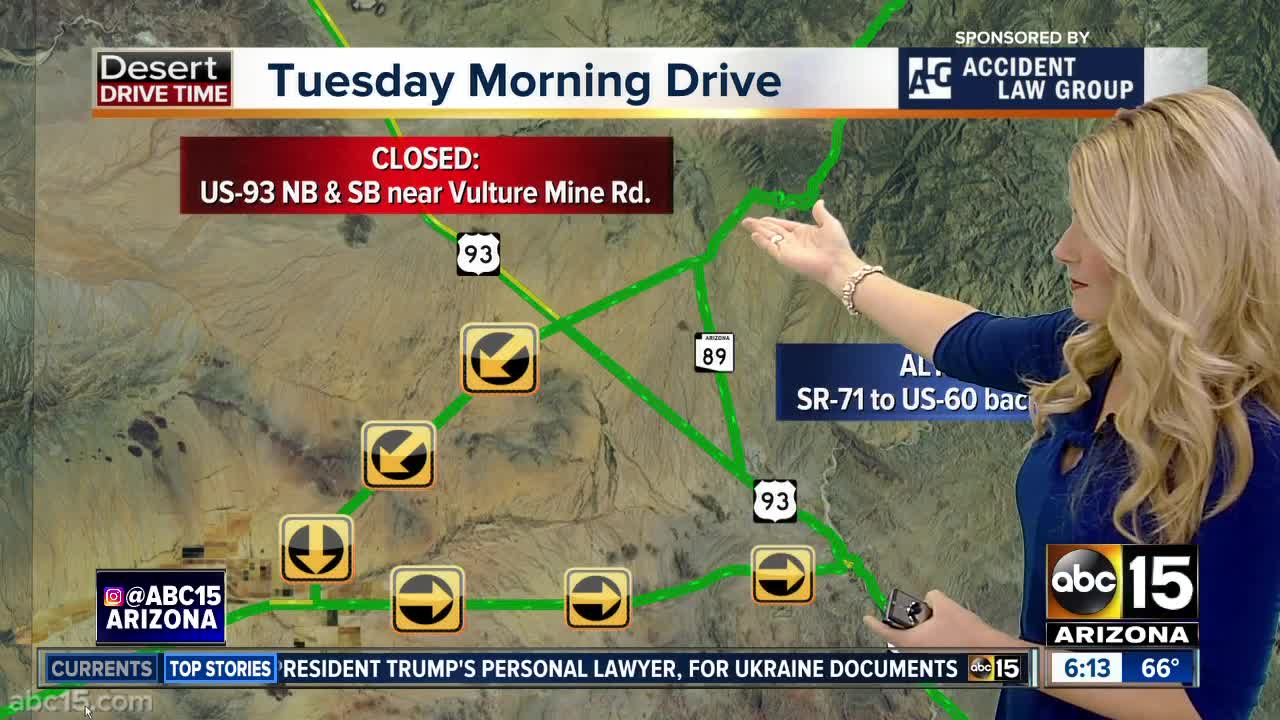 DPS says two people were killed in a crash near Wickenburg Tuesday morning. 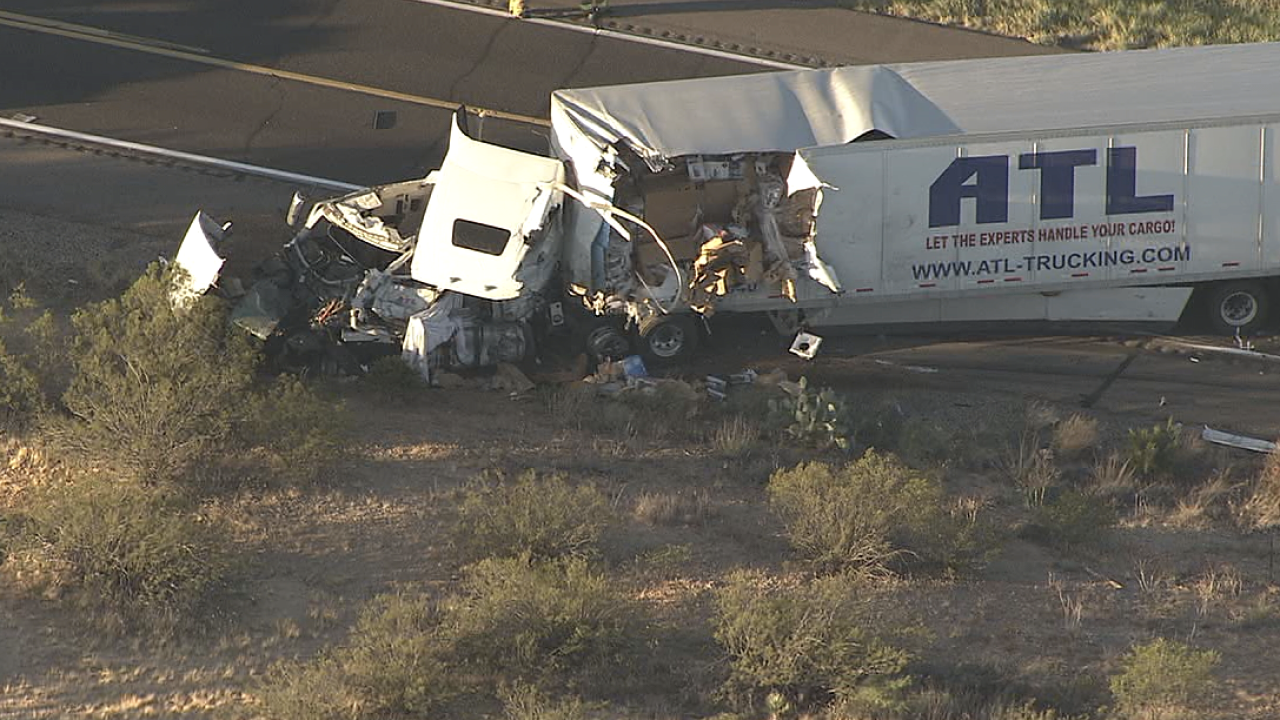 WICKENBURG, AZ — Two people are dead after a crash involving two semi-trucks on US-93 north of Wickenburg.

The Arizona Department of Public Safety says there are two reported fatalities in the crash that occurred after 5 a.m. Tuesday.

Video from the scene showed two commercial trucks, both with extensive damage to the cabs and trailers.

DPS has identified the two drivers involved in the crash as 27-year-old Mohammad F. Surwar from Sacramento, California, and 58-year-old Arthur C. Perez from Phoenix.

According to witnesses and evidence obtained by DPS, Surwar allegedly crossed the center median and crashed into Perez's vehicle.

Both directions of US-93 were shut down for the crash investigation near milepost 172, according to the Arizona Department of Transportation.