DPS investigating deadly crash on US 93; northwest of Wickenburg 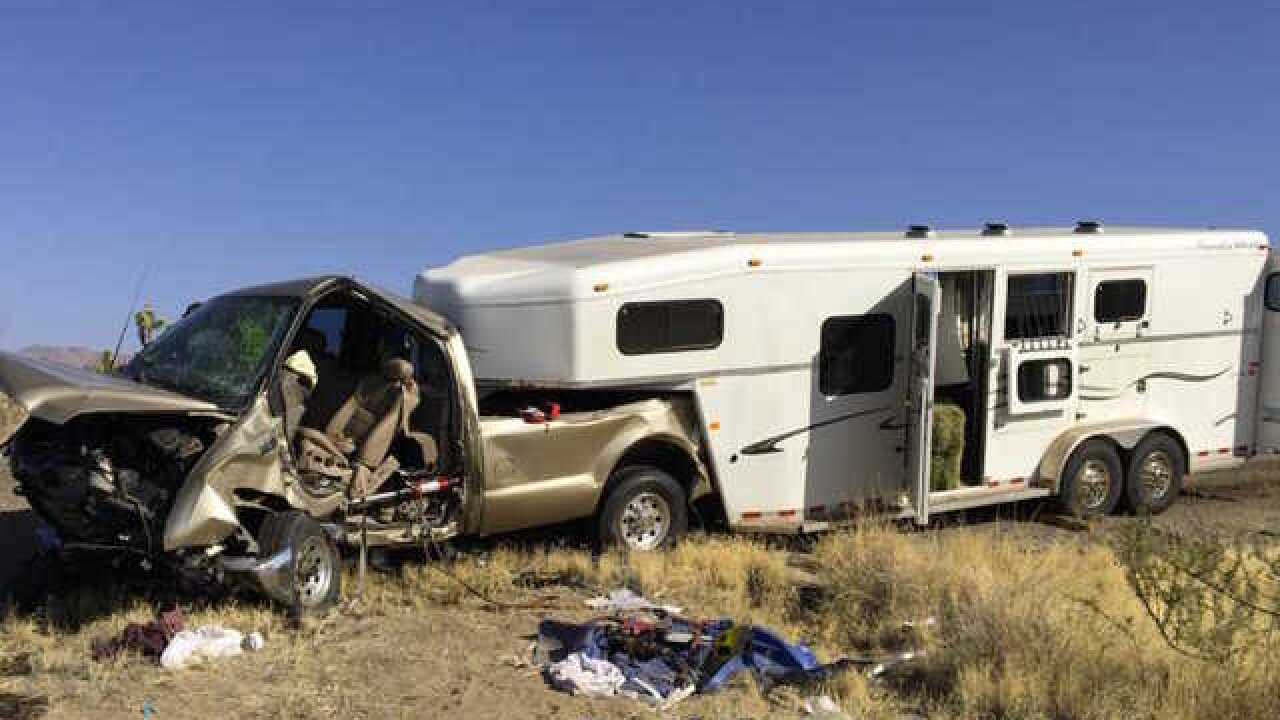 The Department of Public safety is investigating a deadly crash just northwest of Wickenburg.

Officials say traffic is moving very slowly after two-vehicle collision on US 93 at milepost 71.

The roadway is now open but investigators are still in the area, and will be for a while. https://t.co/WMsl6MXXU5

According to initial reports, a sedan was driving southbound along US 93 when it moved into northbound traffic and hit a pickup truck head-on, authorities said.

The driver of the sedan was pronounced dead at the scene. He or she was the only person in the car at the time of the accident, a DPS spokesperson said.

A couple in the pickup truck suffered serious injuries, officials said. They were also hauling a horse trailer at the time of the accident but the horse is OK.

Impairment does not appear to be a factor in the accident but an investigation is ongoing, a DPS spokesperson confirmed.

The victim is not being identified at this time.

Commuters are advised to avoid the area while crews work to clear the scene.

Stay with abc15.com and ABC15 News for updates.