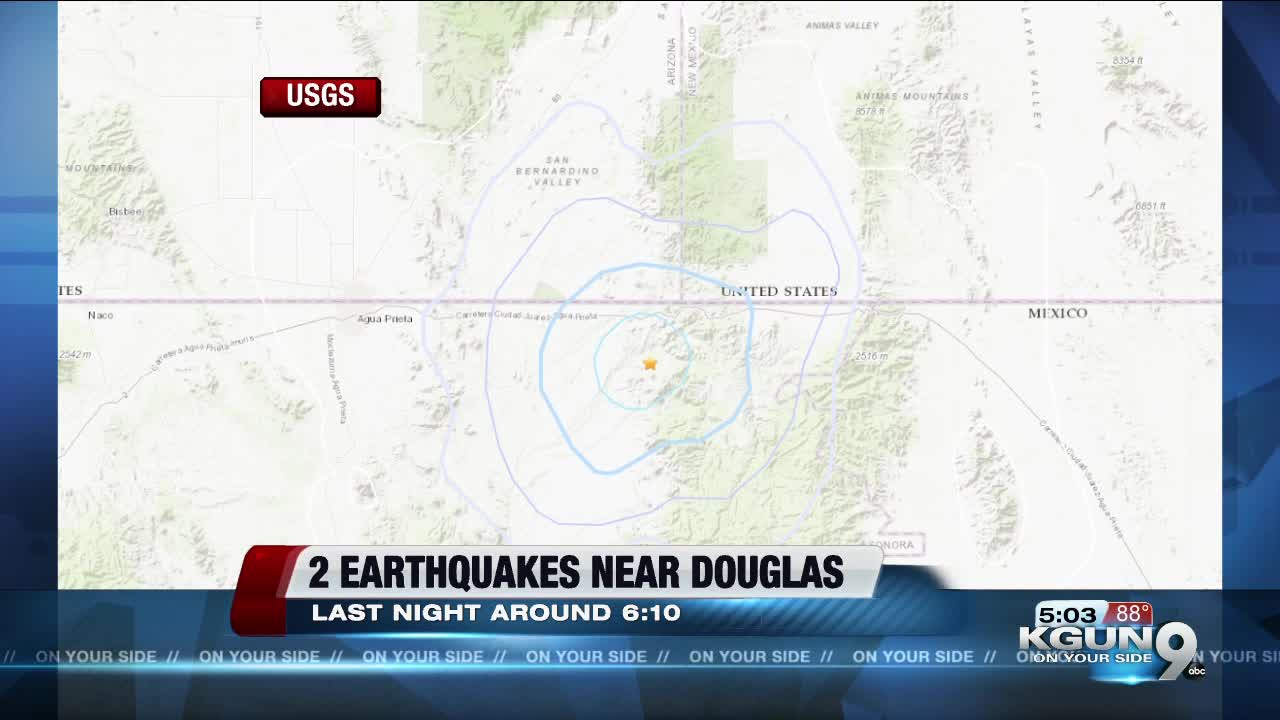 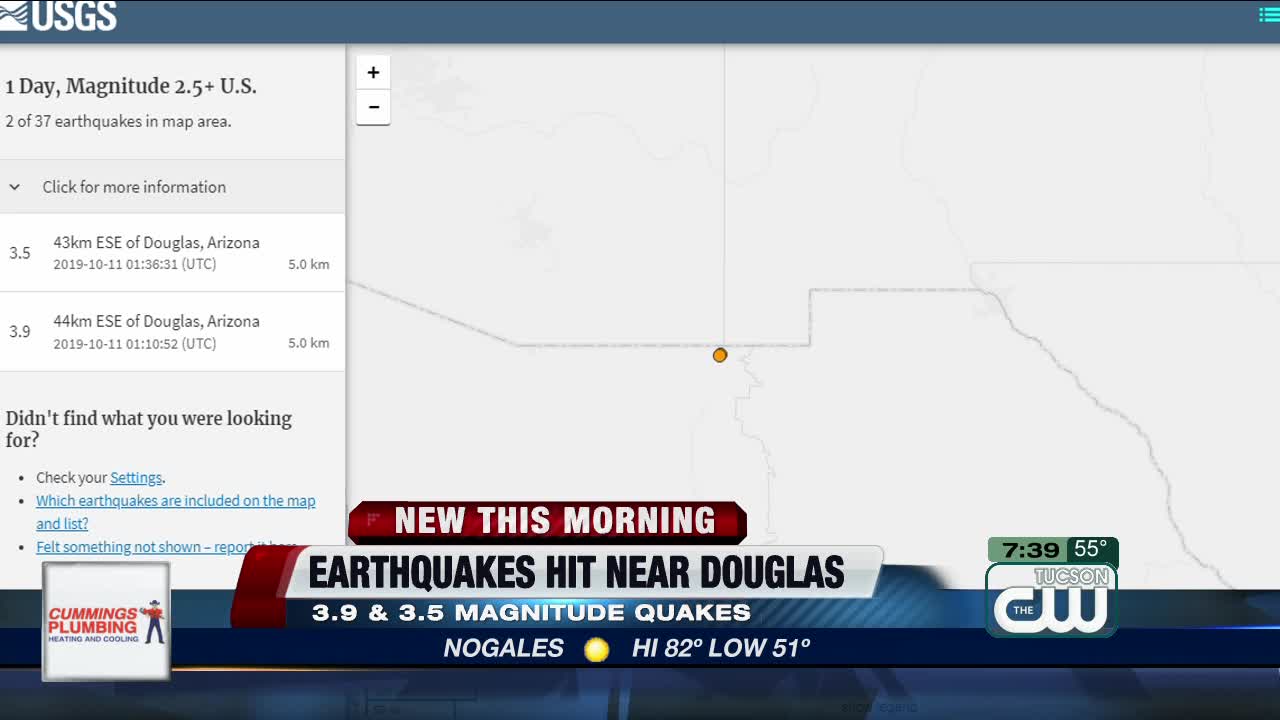 According to the U.S. Geological Survey , two quakes registering 3.5 and 3.9 magnitudes were recorded east by southeast of Douglas, Ariz.

The quakes, at 6:10 and 6:36 p.m. Thursday, originated in Mexico, south of the Arizona-New Mexico border.

No damages or injuries have been reported.

According to the University of Arizona , there are about 100 faults known to be active within Arizona's borders.

An earlier version of this story reported that the earthquakes were at 1:10 and 1:36 a.m. Friday morning.