WOW! No injuries after semi-truck drives off Arizona freeway near Tucson and catches fire, per DPS 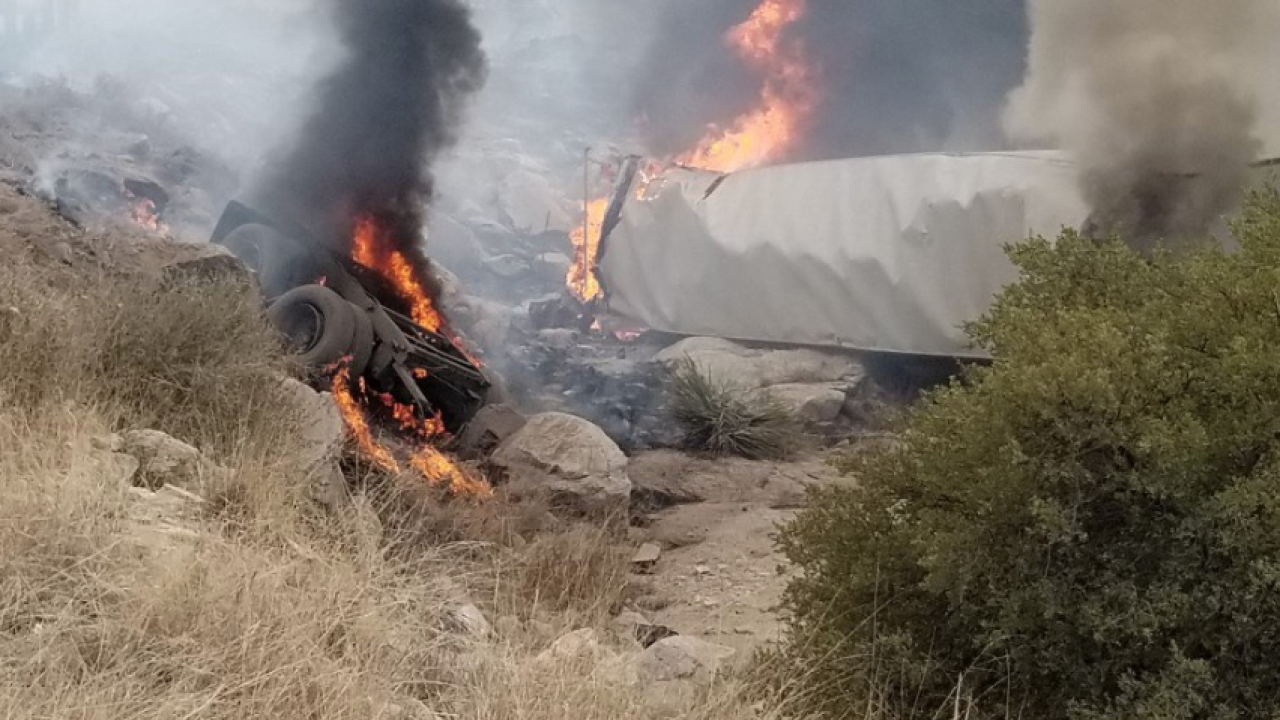 BENSON, AZ — The Arizona Department of Public Safety said no one was injured when a semi-trailer drove off an Arizona freeway, through a guardrail, and down an embankment Wednesday afternoon before catching fire.

In a tweet, DPS said the fiery crash happened along Interstate 10 near milepost 318, approximately twelve miles northeast of Benson. Benson is southeast of Tucson.

No Injuries! This commercial truck loaded w/ plastic containers traveled off I-10, through guardrail & down hill at MP 318; 12 miles northeast of Benson. #AZtraffic is getting by slowly. Tire failure has not been ruled out. Learn more about tire safety at https://t.co/1MK24DwGcU pic.twitter.com/eUykXeEwRu

A photo attached to the DPS tweet appeared to show part of the truck's axle separated from the truck and actively on fire, while the bed of the truck, also on fire, was on its side not far away.

Traffic was getting by "slowly," DPS said in its afternoon tweet.

The cause of the crash was still being investigated, according to the DPS Duty Office, but that tire failure had not been ruled out. It was also not immediately clear if impairment or distraction were potential reasons for the crash.

"Troopers are still investigating this collision and its cause. It may be sometime before a determination is made," the DPS Duty Office said in an email.