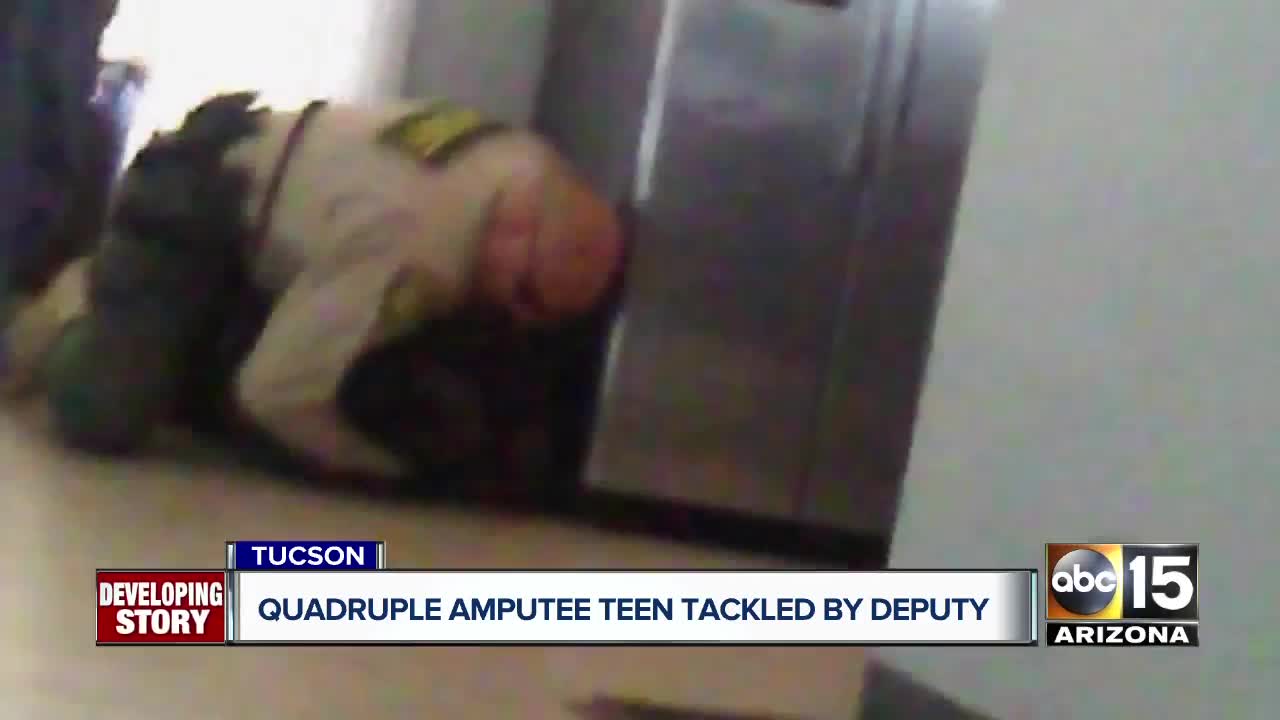 Arizona prosecutors dropped disorderly conduct charges against a 15-year-old quadruple amputee after viewing video of a sheriff's deputy wrestling him to the floor in a group home, the teen's attorney said Friday. 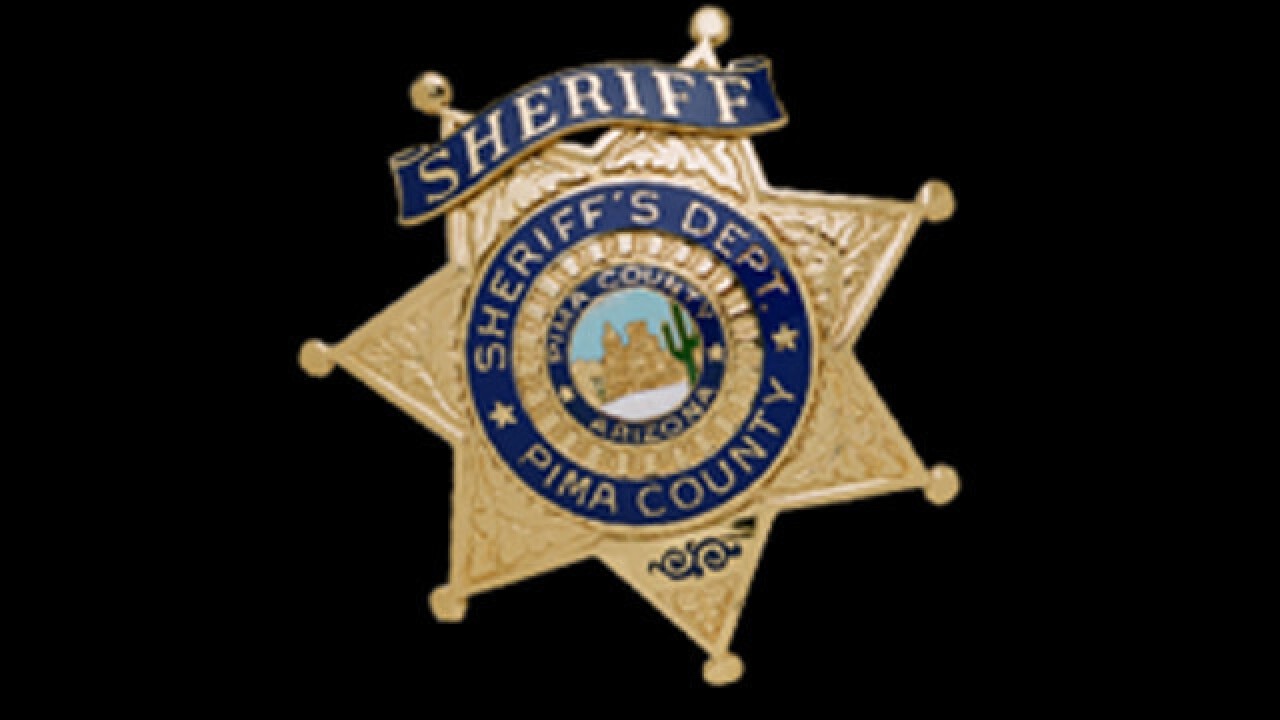 TUCSON — Arizona prosecutors dropped disorderly conduct charges against a 15-year-old quadruple amputee after viewing a video of a Pima County Sheriff's deputy wrestling him to the floor in a group home, the teen's attorney said Friday.

The Pima County Sheriff's Office says they have also put the deputy, Manuel Van Santen, on administrative leave while they investigate.

The Pima County Attorney's Office told ABC15 it decided to drop the charges, which was shot by another 16-year-old resident of the group home. A worker had called 911 after the 15-year-old allegedly kicked a trash can over and made a verbal threat, according to authorities.

Immanuel said he was already on the ground when police got there. It is also immediately apparent that the 15-year-old has experienced a lifetime of hardship.

"Kids are in group homes because they have already been neglected or abused or abandoned by their family. So they’ve already been traumatized, and this adds trauma to trauma," said Feinman.

The start of the eight-minute cell phone video shows the deputy tussling on the kitchen floor with the boy, who is screaming and cursing. The deputy then uses his body to pin the teen on his side.
After about two minutes, the officer gets up. He then talks to the teen, telling him, "I'll raise my voice at you whenever the **** I want, do you understand?"

"He does not have the ability to fight back in a way like a normal person would," said Samuel Jurgena, another Pima County public defender who represented Immanuel.

Deputy Van Santen, who has been with the sheriff's office for 11 years, then turns his ire to the teen shooting the video, telling him to "shut the hell up."

That 16-year-old, CJ, was also handcuffed and roughly arrested. The deputy appears to slam his head into the wall as he appears to comply with being cuffed.

Chief Public Defender Joel Feinman says the charges are dropped, and the deputy is on leave, but only because there is video.

"The case would not have been dismissed by the prosecutor's office, and Immanuel would’ve been offered some sort of plea agreement," he said.

The attorney released the video because Immanuel wanted people to see what happened to him, and now millions have.

"The most egregious part of that interaction was when that deputy decided not to sit down, have a cup of coffee and talk to Immanuel like he was a child and a human being," said Feinman.

Deputy Van Santen has been placed on administrative leave while an investigation into the incident is conducted, officials said.

"Late in the afternoon on November 13, the Pima County Sheriff's Department received a video from a local media outlet showing conduct by Deputy Van Santen in his handling of two juveniles, one of which was disabled. The conduct we observed on the video at face value is shocking, disturbing and personally saddening to watch. However, we understand that a short video segment may not represent the complete picture of any incident. This conduct does appear to be completely incongruent with that which we expect of our personnel. We notified the Office of Professional Standards of the incident that afternoon. On November 15, I authorized a criminal investigation into the conduct of Deputy Van Santen and ordered that he be placed on administrative leave. Upon conclusion of the criminal investigation, its findings will be presented to the Pima County Attorney's Office for review to determine if any criminal charges are warranted. We will await that determination before taking any further action on the matter.
We share the public's concern over what we viewed on the video. We do not believe what we observed is in any way representative of the manner our deputies serve the community. We will, as we should, respect the investigative process and make no further comment on this matter until the criminal investigation is concluded and a determination about the filing of criminal charges has been made."