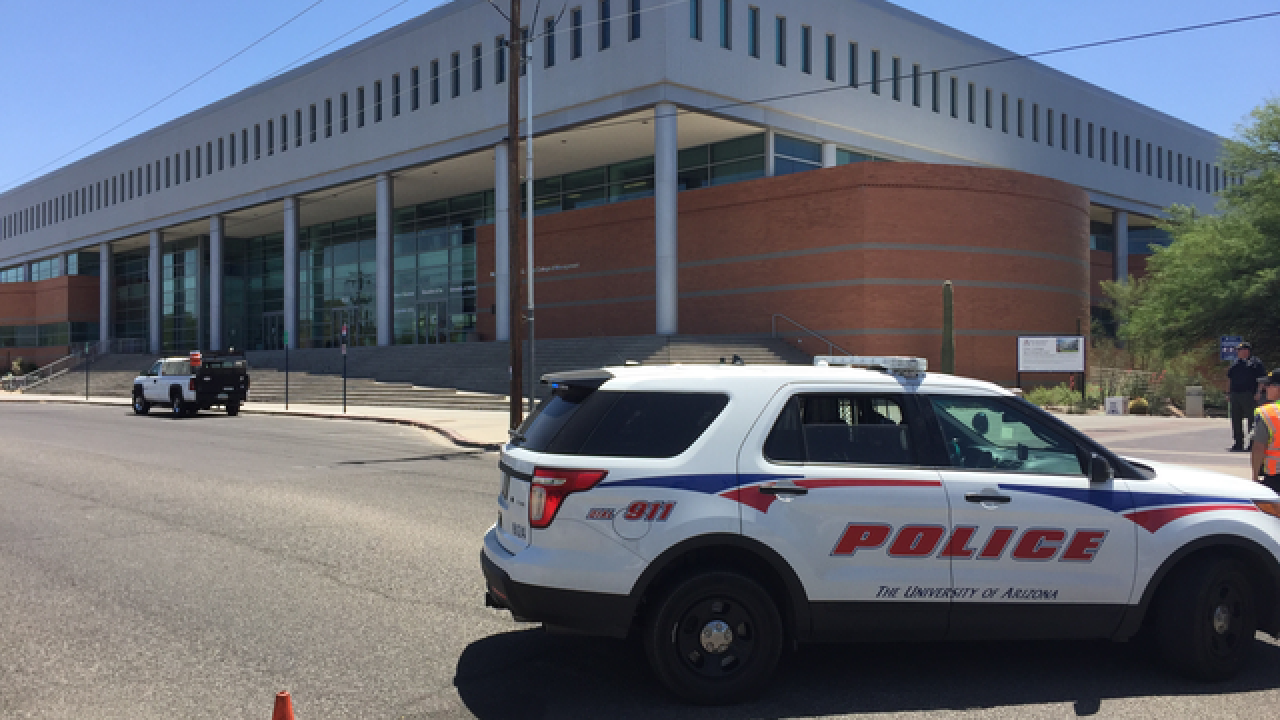 University of Arizona police are searching for two suspects in an attack on a school employee inside the student union.

A UAPD spokesman says the victim was transported to a hospital Saturday but the injuries are not life-threatening.

The victim works in the student union and encountered the attackers around 8 a.m. inside a locked room.

Investigators say the victim was assaulted with “an edged weapon.”

The two suspects, who fled on foot, are described as white males in their late teens or early 20s.

One has blonde hair and was wearing a red shirt and basketball shorts. The other was wearing a gray tank top and jogger-style pants.