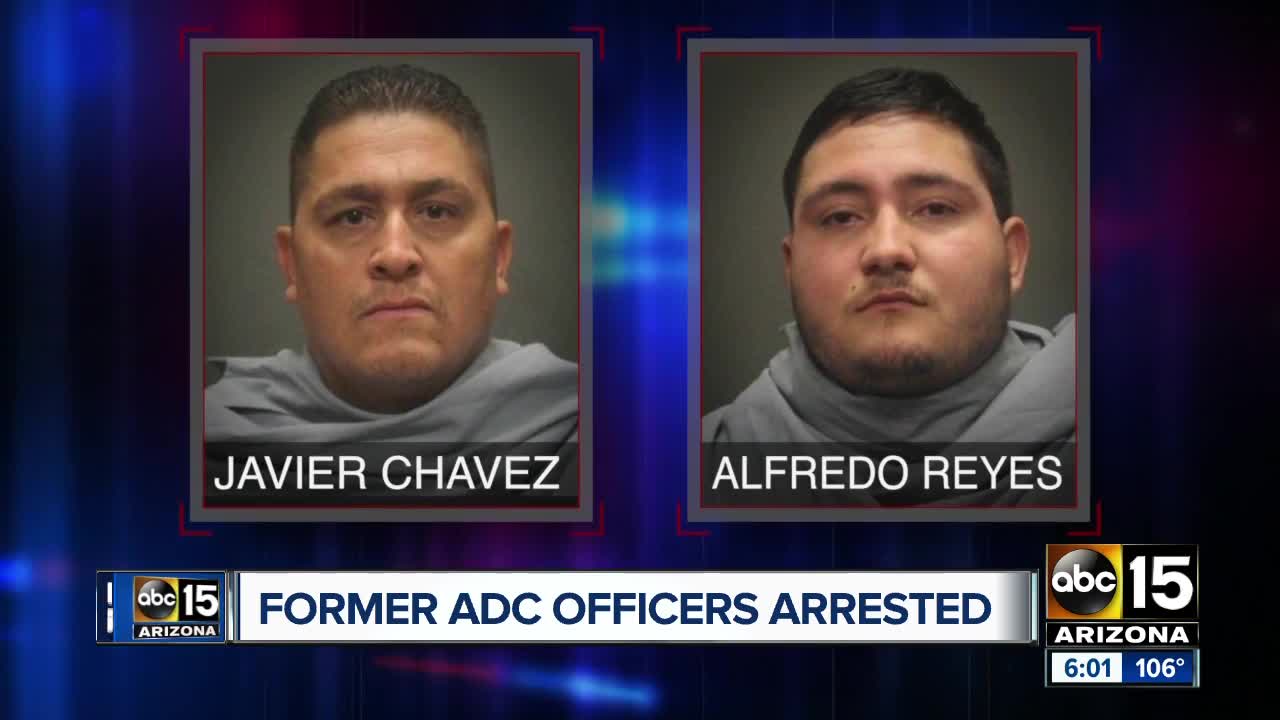 Officials say Javier Chavez and Alfredo Reyes didn't activate the Tucson prison's alert system for more than an hour, during which time authorities say they helped cover up an inmate-on-inmate attack. 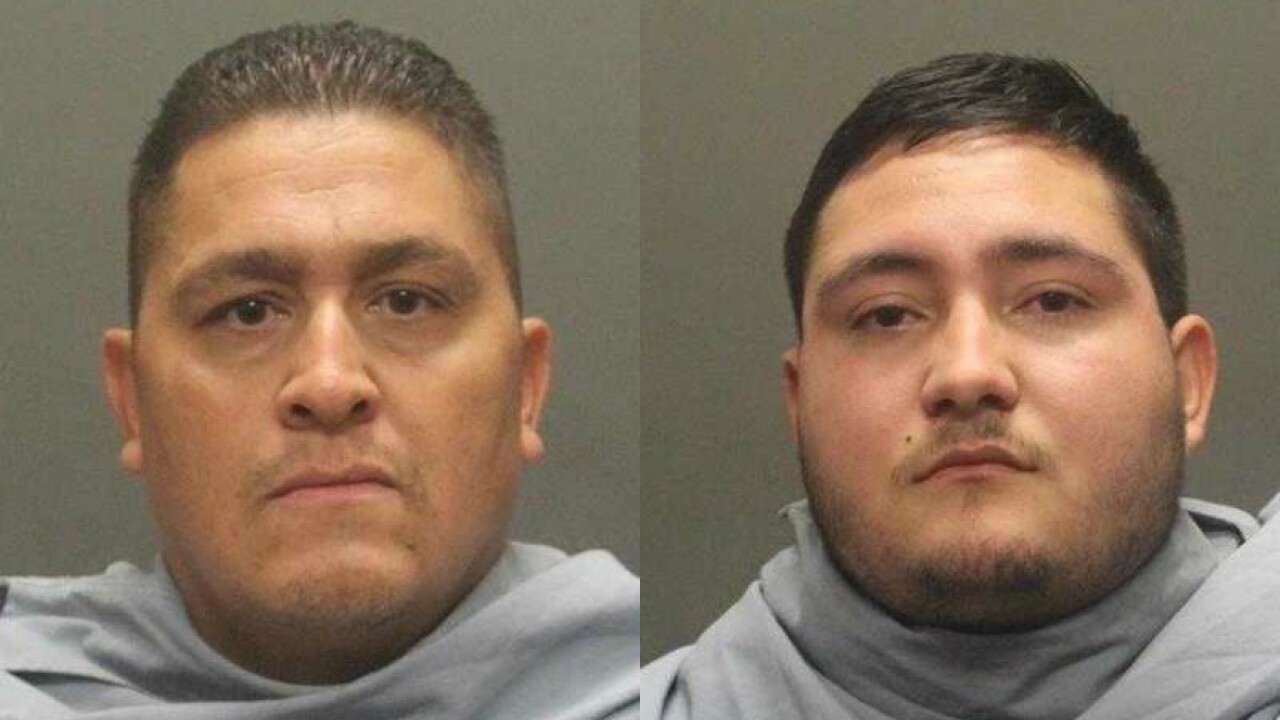 TUCSON, AZ — The Arizona Department of Corrections says two corrections officers have been arrested, accused of covering up an inmate assault that happened on Wednesday.

Javier Chavez and Alfredo Reyes were both arrested as they arrived to work Thursday at the close-custody Arizona State Prison Complex Tucson/Cimarron Unit. Both men reportedly resigned from their jobs following the arrests.

The DOC says it took the two corrections officers more than an hour to activate the Incident Command System after several inmates reportedly assaulted another inmate on Wednesday. During that time, both Chavez and Reyes allegedly supervised and possibly participated in efforts to clean up the scene of the attack, according to surveillance video obtained by the DOC.

The inmate attacked remains in critical condition as a result of the injuries he sustained.

Several inmates have also been identified as suspects involved in the assault on the inmate victim, including the efforts to remove evidence.

"The alleged actions of these two individuals are nothing short of criminal and a disgrace to the correctional profession," said ADC Director Charles Ryan. "ADC supports criminal prosecution to the fullest extent of the law in this matter."

The victim in this case has not been identified.

Additional charges may still be filed in this case.