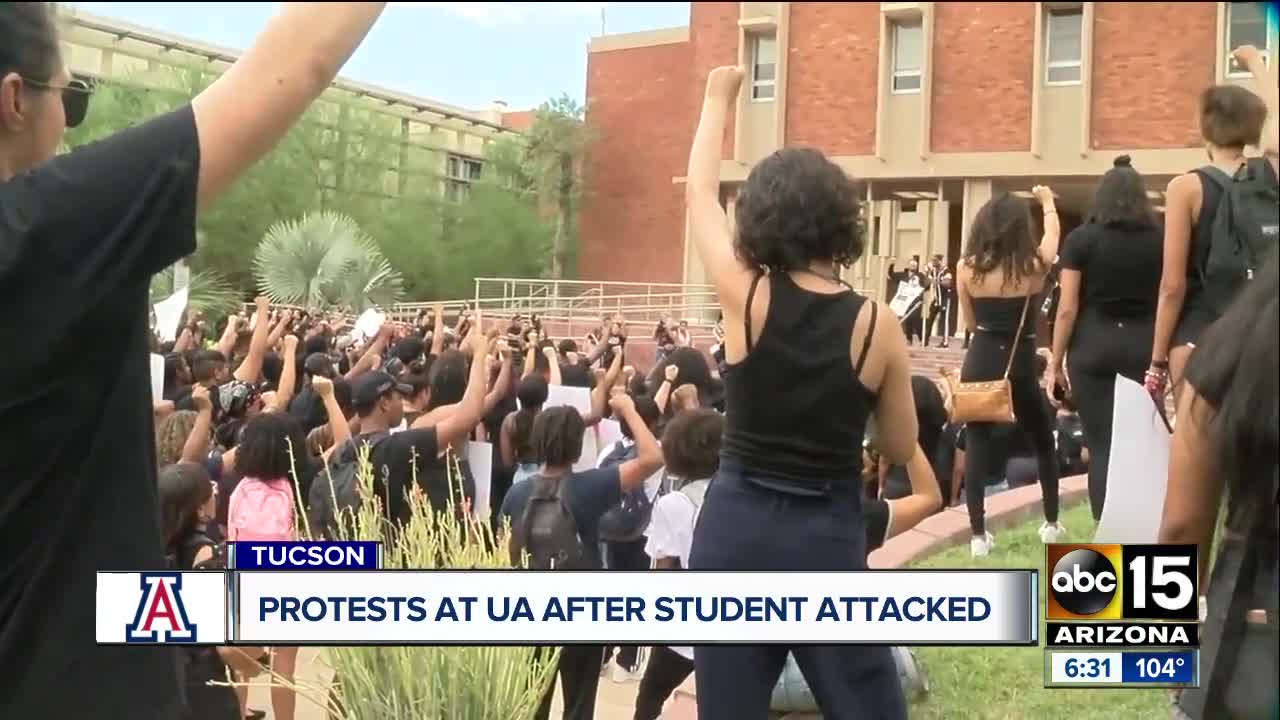 Protesters held a demonstration on campus Friday after those responsible were initially not arrested and directed to a training program. 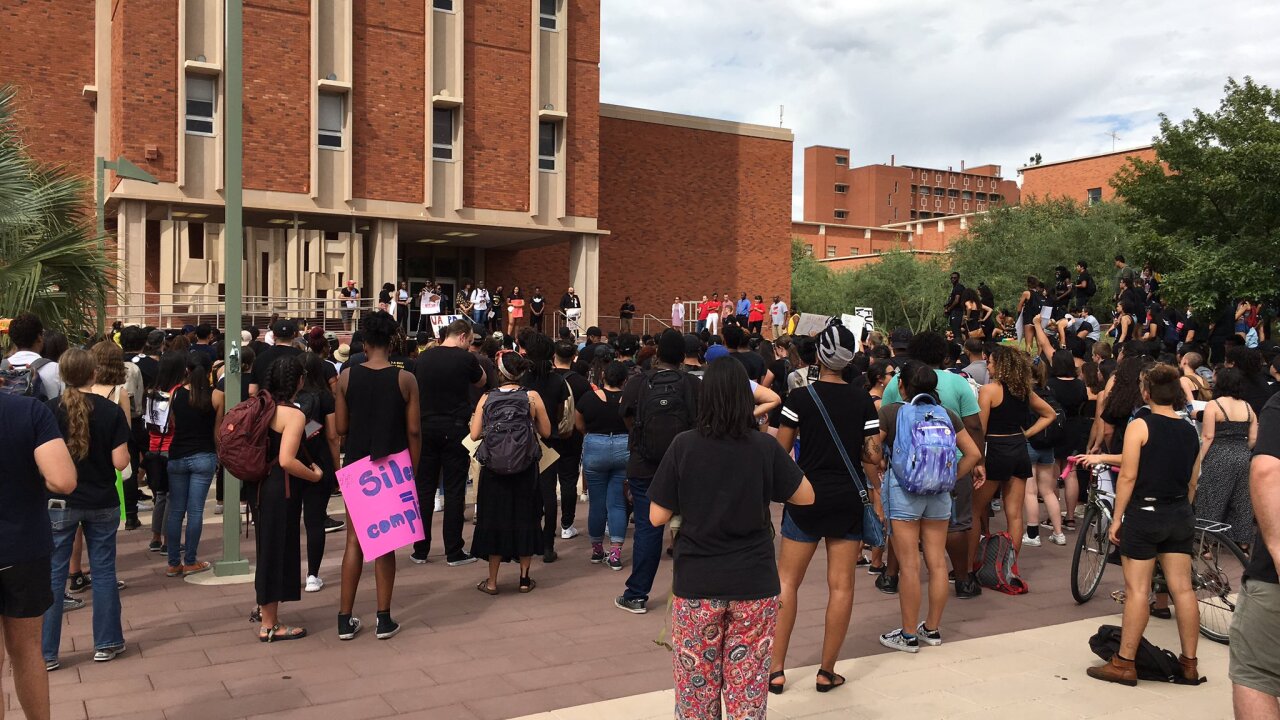 TUCSON, AZ — Several dozen students at the University of Arizona on Friday protested campus police handling of a physical and racist attack on a black student this week.

The protests took place less than an hour after the university announced that the two assailants, who are white, had been arrested and faced a misdemeanor count of assault.

The students, who haven't been identified, are white and had initially been directed to a social justice diversion training program instead of facing charges in the Tuesday attack, according to the protesters.

University of Arizona President Robert C. Robbins said in a statement Thursday that he was angered and disappointed by the incident.

"We need to come together and let people know, without qualification, that intolerance and discrimination have no home here. Unless we have a safe environment, free from violence, discrimination and hate, students will not be free to learn and pursue their dreams," Robbins said.

A university spokesman said he expects a police report to be released soon.

This marks the second high-profile case involving a clash between students and campus police.

In April, the school came under pressure after police filed misdemeanor charges against three students involved in an on-campus protest of U.S. Border Patrol agents who were giving a presentation.

The case garnered national attention after the union that represents agents expressed anger about the students' conduct. The students were seen on video taunting two agents who had been asked to give a presentation to a criminal justice club on campus. They were then charged with misdemeanors, but the case was dismissed at the request of Pima County prosecutors and after several protests by fellow students and faculty.

At the protest on Friday, students were marching through campus chanting, "What do we want? Justice? When do we want it? Now."