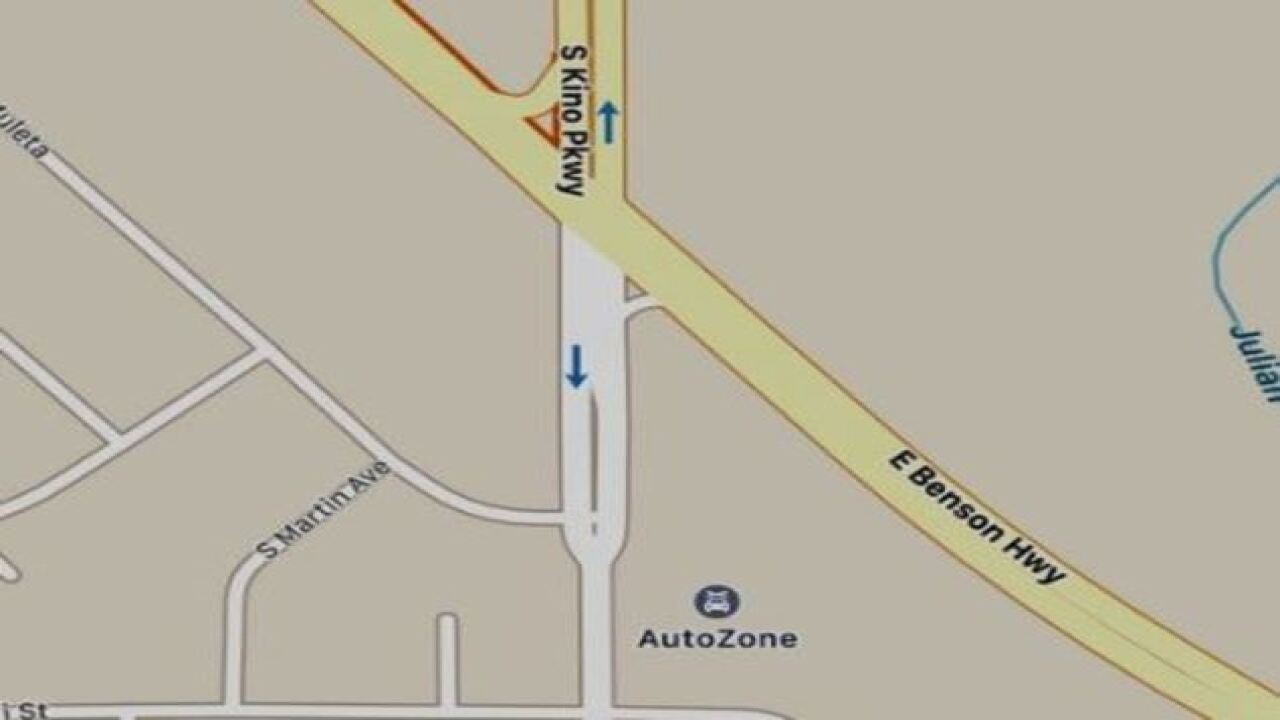 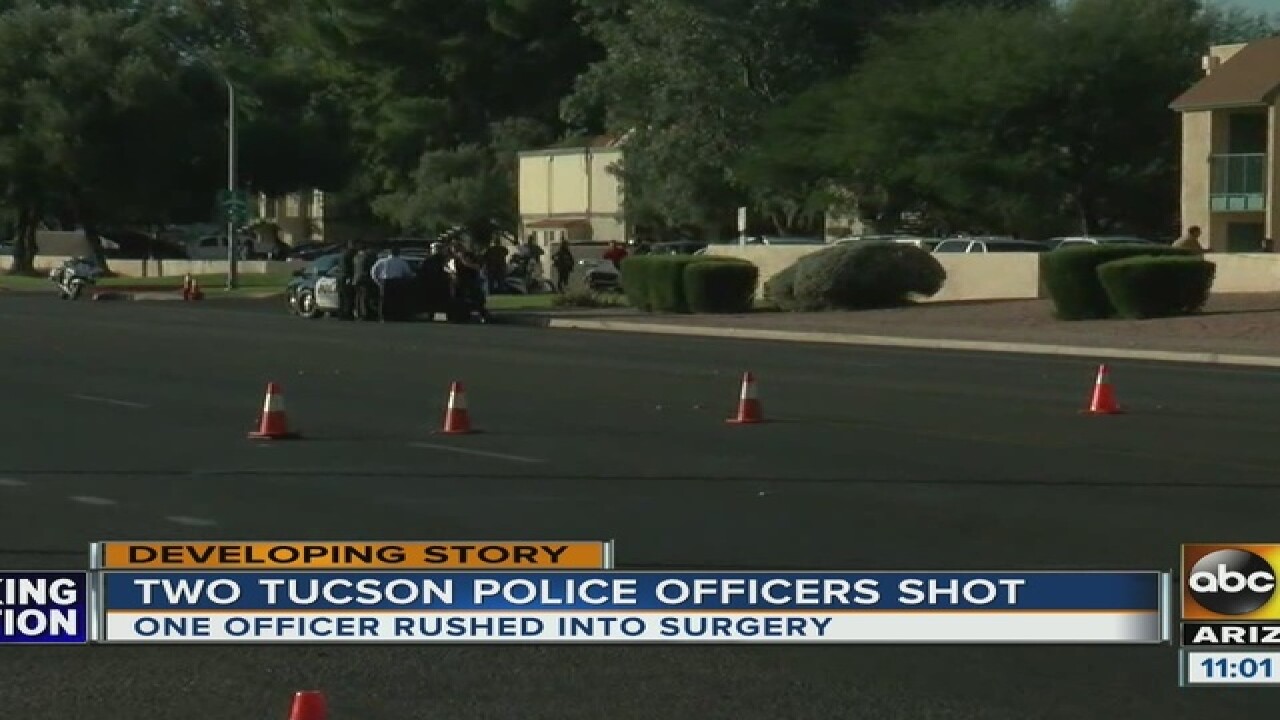 Officers Doug Wilfert and Jorge Tequida were searching for a wanted suspect in the area of Campbell Avenue and Irvington Road around 7 a.m. The suspect had an active felony warrant for aggravated assault with a dangerous instrument.

Officers found the suspect inside a unit of an apartment complex near that address and attempted to take him into custody. When they tried to do so, the suspect started shooting at officers, according to a news release from the Tucson Police Department.

Officer Wilfert was shot in the leg and has since been released from the hospital, according to a police spokesman. Officer Tequida was hit in the shoulder and the bullet continued into his chest. He was taken into surgery and is in intensive care with serious injuries. Tucson Police Chief Chris Magnus credits the officer's bulletproof vest for saving his life.

Our officer shot multiple times today by suspect he was trying to arrest likely saved by his vest. One round imbedded in vest center chest. pic.twitter.com/tg0M2Vlz9R

Wilfert has been with the department for seven years, and Tequida for a little less than four years, police said.

The department's violent crimes division is handling the criminal investigation, while its office of professional standards will look into the actions of department personnel during the shooting.