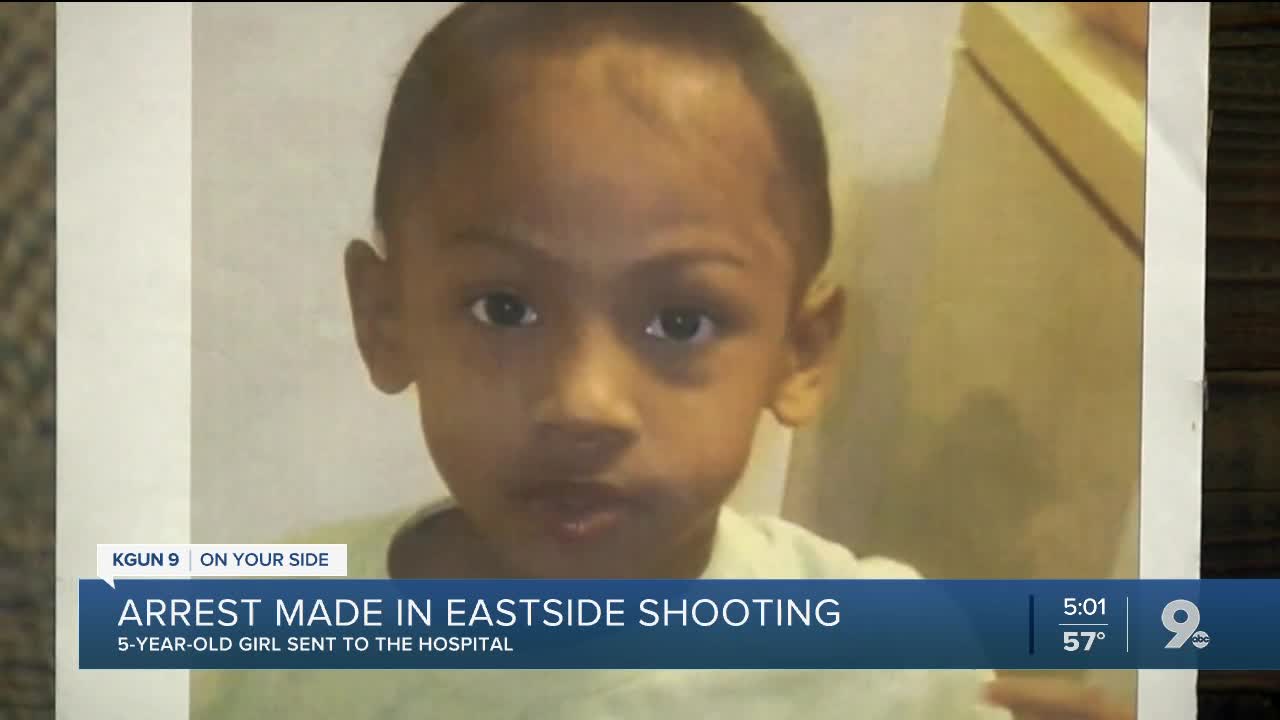 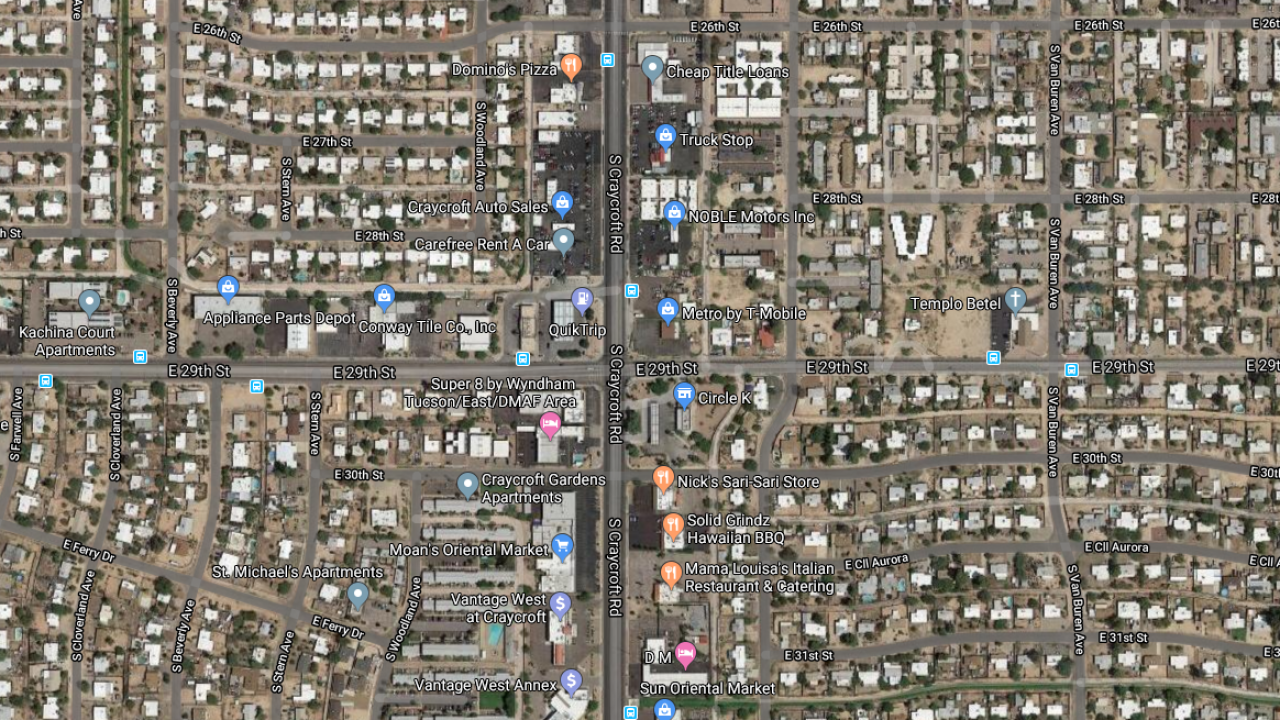 Tucson Police responded to a shooting near 29th and Craycroft Sunday night.

According to TPD, two people were hit by gunfire during this incident. A 24-year-old man, who police are calling the target of the shooting and a 5-year-old girl who has no relation to the other victim.

TPD Chief Magnus says the girl was in a vehicle with her grandmother when she was struck in the head with a stray bullet. Magnus says the child is currently fighting for her life.

After further investigation, TPD arrested a suspect in connection to the shooting on a six count felony warrant. The suspect's name has not been released.

TPD is asking the public to call 88-CRIME if you have any information on this shooting.

This is a developing story.