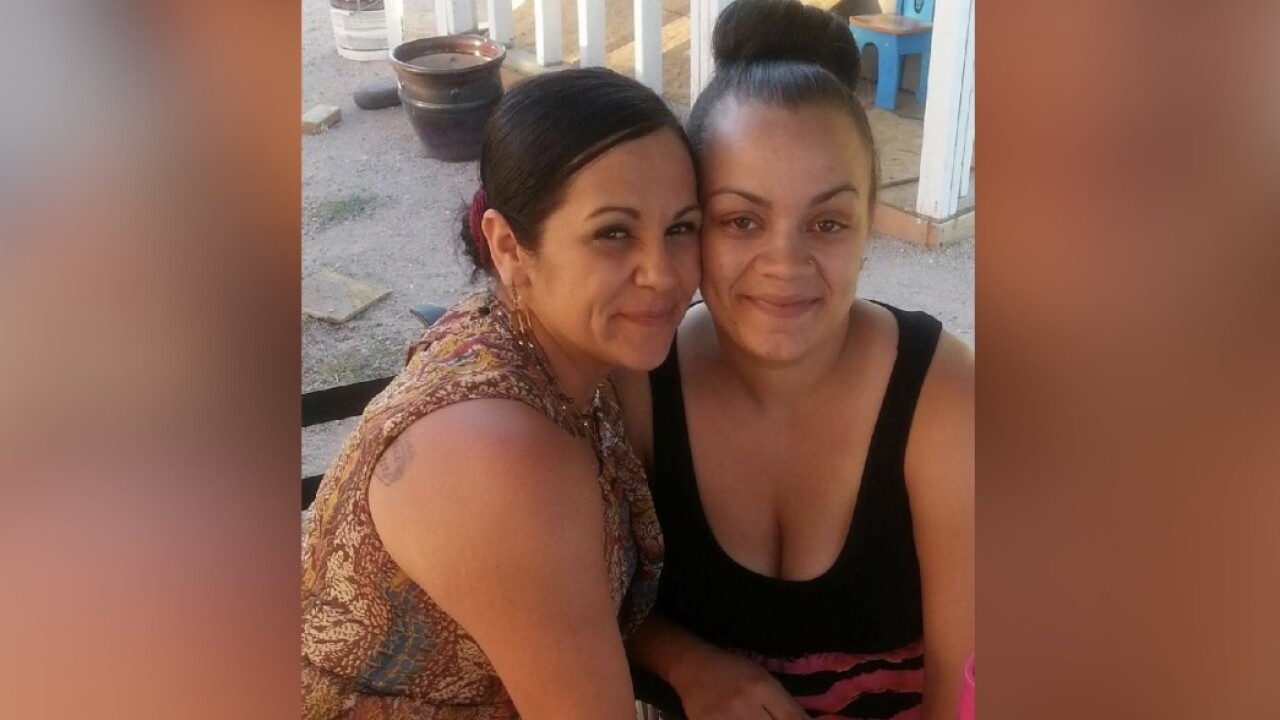 TUCSON, AZ — October is Domestic Violence Awareness Month and one family wants the community to know there are resources to help survivors reclaim their lives. "She had her whole life ahead of her that she was such a great mom and she was so proud of her girls. And she was just so proud of being who she was,” said Rachel.

Rachel Tineo lost her niece Tina Soto seven years ago to domestic violence. She was violently murdered by the father of her children while in the process of leaving him.

“He was very violent towards the very end, he was constantly abusing her and beating her in front of the children. And that's one of the reasons why she decided she needed to make a clean break because she did not want one to be abused anymore, for no reason, and two she didn't want her daughters to grow up seeing her their mother be abused.”

Unfortunately, her loved ones didn’t know what she was going through at home until it was too late.

In an instant, life changed for the whole family including Tina’s three daughters.

"The three children became orphans right because their mother's gone and another father's gone, and it's been really tough," explained Tineo.

Tina's former partner was convicted of her murder. The children were adopted by their grandmother. However, the pain is there.

That’s why Tineo goes above and beyond to make sure survivors know they have resources.

Rachel’s family isn’t alone, Emerge Center Against Domestic Abuse said it helps about 5,600 people per year. CEO Ed Mercurio-Sakwa knows that is not every survivor.

“That's also the tip of the iceberg because, first of all, research has shown that only one in 10 cases of domestic violence get reported out of fear out of, out of shame, out of all kinds of reasons that they've been led to believe they will get in trouble, or be hurt if they tell anybody. Also [it's] because as we talked about, there are so many forms of domestic violence that aren't against the law,” explained Mercurio-Sakwa.

Other forms include economic and mental abuse. Survivors face several types of obstacles at the hands of the trauma they endure, according to the center.

"People have symptoms that might be similar to [post traumatic stress disorder], and people who have experienced depression and other mental health issues, but also they might not have great memories. They might have trouble remembering things. They might have trouble regulating their emotions and it's not just because of the emotional impacts, but it's also this change to the brain that happens with trauma," explained Mercurio-Sakwa.

The center said it saw this trend during the stay-at-home order.

“Right before the pandemic, we were getting about 18 to 20 calls per day. That dropped to about 14 calls per day on average. During the stay at home order and then it's popped back up to 18 to 20 a day now,” said Mercurio-Sakwa.

Tineo expressed that abuse doesn't stop just because the country is fighting off a pandemic.

“If anything it probably goes up. We just need to make sure we stay vigilant and we stay supportive to those victims and when they do reach out, that we know what to tell them we know how to help them,” she said.

She hopes this will never happen to another family again.