Bolt that started Bighorn fire was caught on camera 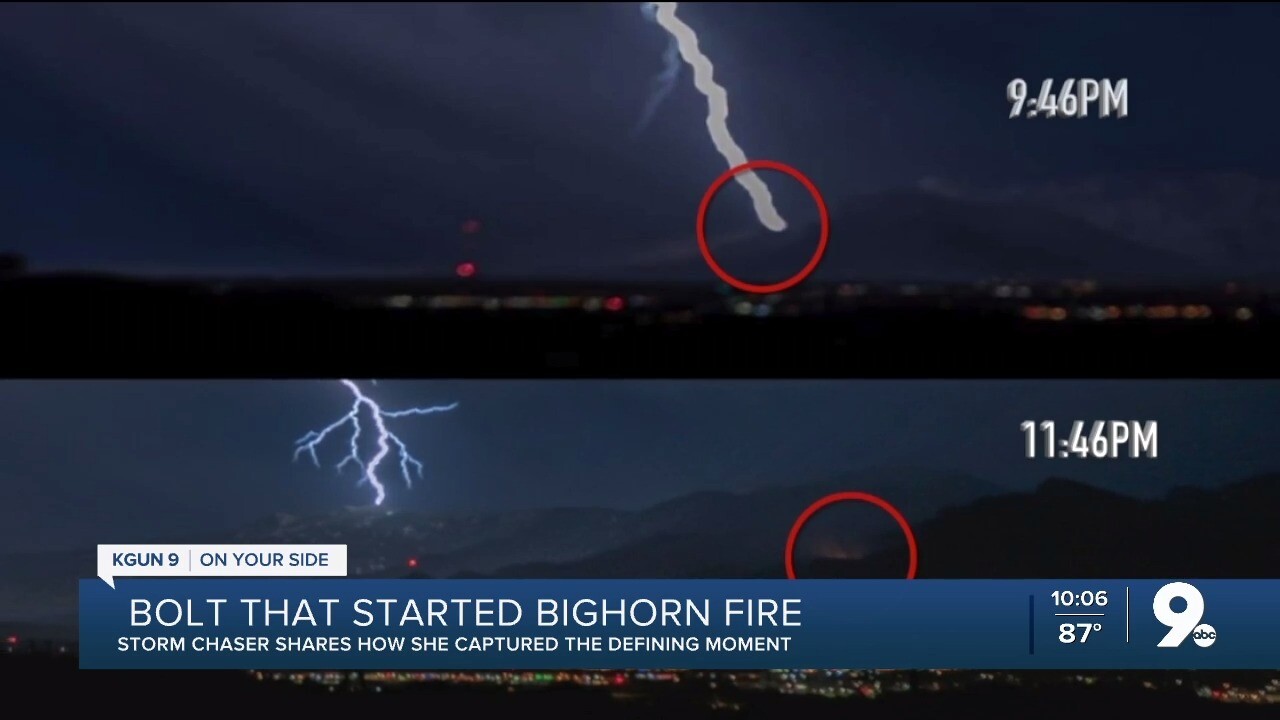 The bolt that started it all was caught on camera.

Donna Ruthruff is a storm chaser.

She says she was in the right place, at the right time, capturing pictures leading into the strike and the aftermath.

Ruthruff had a front row seat to a storm moving toward the Catalinas on June 5.

The storm chaser was 10 miles away.

She picked up her camera and started shooting.

“Those bolts were huge. There was thunder, lightning, rain...the whole shebang,” she said.

“That’s the bolt. That is the bolt that started this fire,” Ruthruff told KGUN9.

But it wasn’t until later that Ruthruff realized what she had just captured.

“I was looking out there and I saw just this little pinpoint of light on the side of Pusch Ridge. So I kept watching it and when I looked at the two pictures side by side, it’s pretty obvious that strike started the fire,” she added.

While she’s happy to have captured it, she immediately had a sinking feeling in her stomach.

“As you’re taking the picture you’re just absolutely in awe of the power of the storm and that you have a front row seat to Mother Nature….but no storm chaser or lightning photographer wants to see a fire start from lightning. It’s just heartbreaking to see that one strike do all that damage,” she said.

For now, she will continue to document the Bighorn Fire, and hopes it’s able to be contained soon.

“Hopefully they can get the fire under control and that it doesn’t devastate anybody,” she told KGUN9.

Ruthruff says she’s seen how the winds are playing a factor in moving the fire all over the mountain.