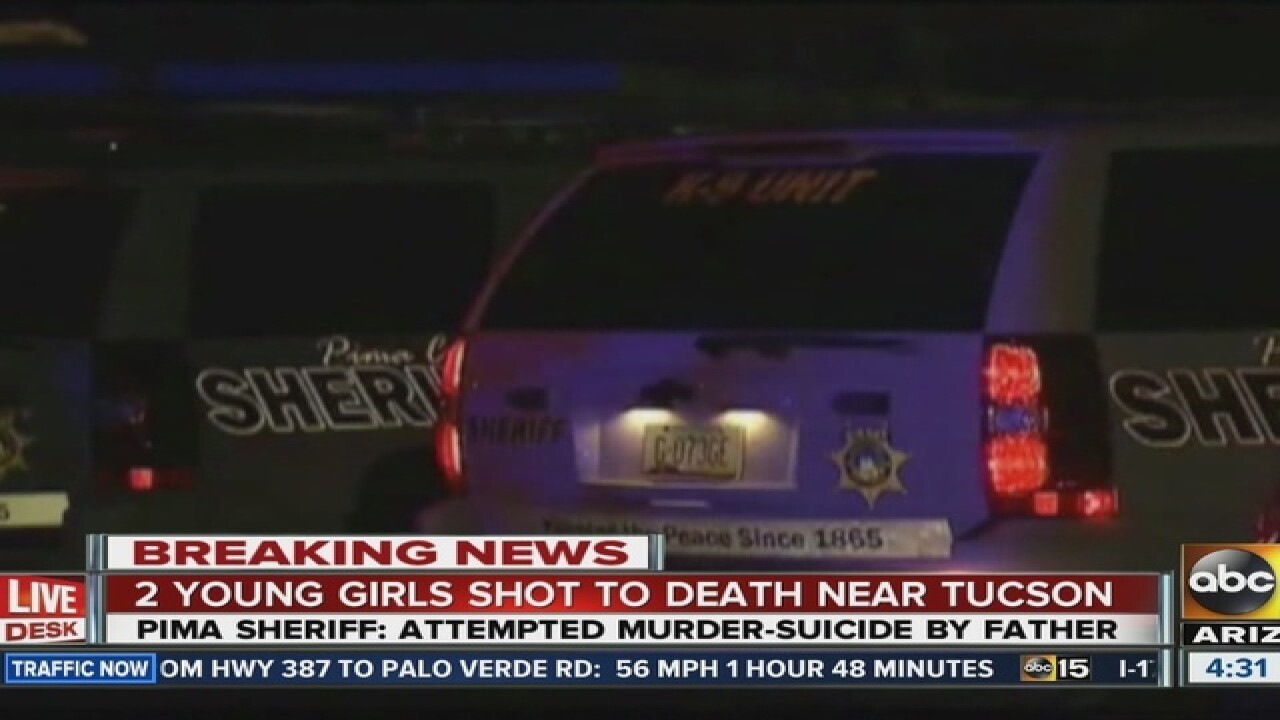 Two young girls were killed Wednesday night by their father, 37-year-old Levi J. Parker, according to Sheriff Chris Nanos. Parker then shot himself in the head. He was pronounced dead at 12:10 p.m. Thursday.

The Pima County Sheriff's Department received a 911 call just before 7:00 p.m. Wednesday night from a mother who said the father of her two young children threatened their lives.

"He made statements to her that basically led her to believe this was her last chance to talk to the kids alive," Sheriff Nanos said.

Deputies arrived at the Veranda at Ventana Condominiums, near Kolb and Swan, within five minutes and knocked on the door where the father lived.

Nanos says the man was uncooperative with deputies.

"They heard one gunshot," Nanos explained. "Deputies broke in the door."

When deputies entered the apartment, they found two young girls, 8-year-old Mackenzie Parker and 5-year-old Haylee Parker, with gunshot wounds. Mackenzie was pronounced dead on scene. "The five-year-old... they tried to save her," Nanos said while tearing up. "She was transported to UMC where she succumbed to her injuries."

"This is tough," Nanos said. "It's a couple hours before what's supposed to be the best day in the world for little kids... our community lost two little ones."

Levi Parker and the girls' mother had been separated since September.

Father who @PimaSheriff says killed his 2 young girls is at UMC on life support after shooting himself. @kgun9 pic.twitter.com/iWn1vtVn58

37-year-old Levi Parker identified by @PimaSheriff as the father who shot and killed his two young daughters last night. @kgun9