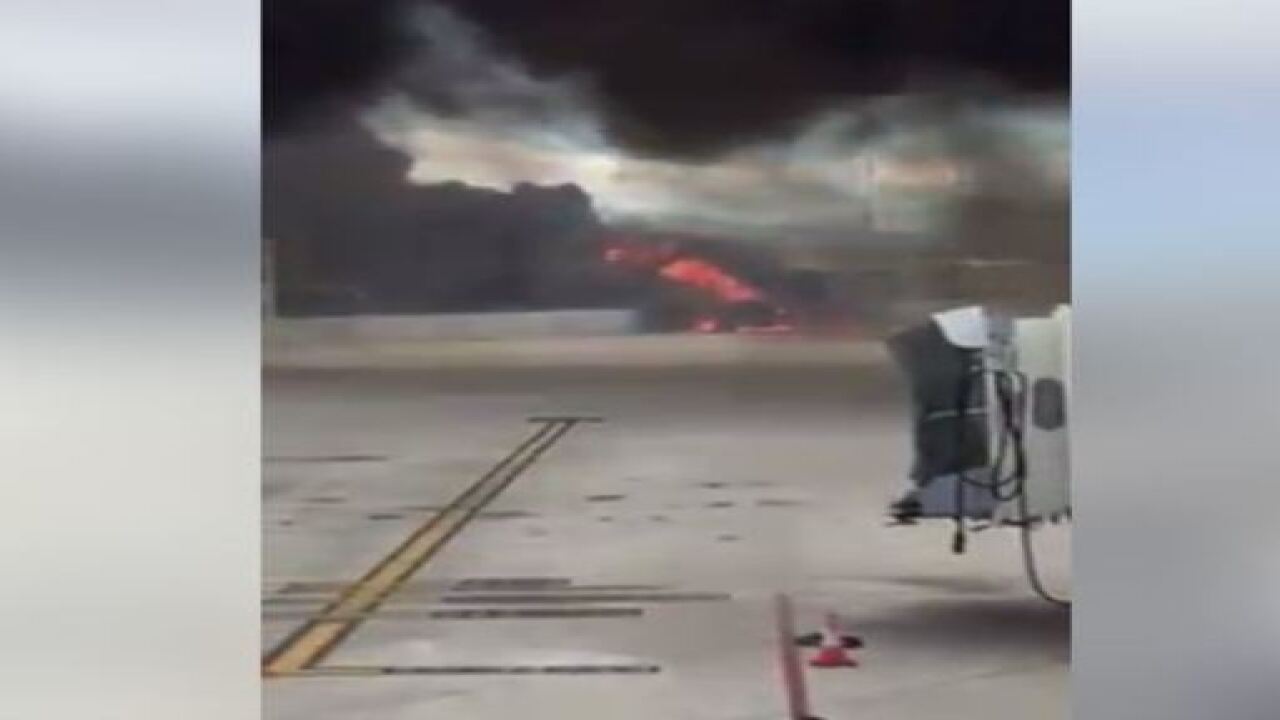 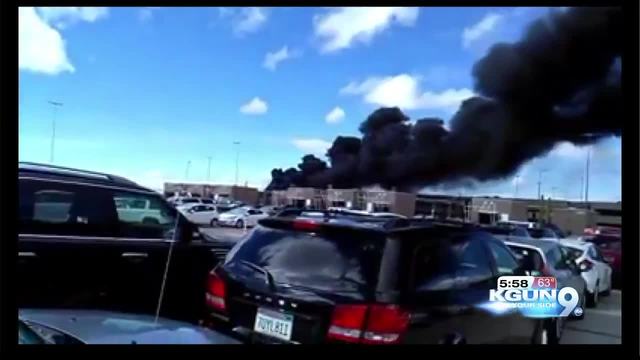 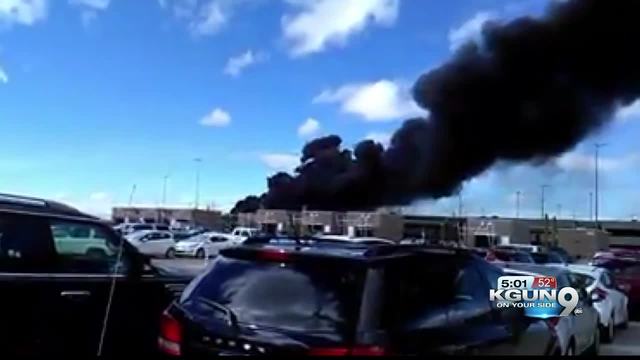 Medical examiners are still trying to identify the two men killed when a plane crashed at Tucson International yesterday.
The accident happened about 12:30 when a twin engine prop plane lost control, hit the ground, and skidded past the passenger terminal and into a protective wall. Passengers at some of the gates saw the impact and explosion.
Investigators know the tiniest pieces could reveal what brought the plane down so they've walked the pavement looking for anything the plane could have scattered as it hit and caught fire.
The location of the wreckage gives you an idea of how far this plane veered off course.  The runways being used are well off in that direction and yet the plane hit and skidded to a stop past the passenger terminals and by a wall near one of the parking garages.
Aircraft records show a corporation in Nogales had just bought the plane.  The Registry showed a 30 day registration that began the day of the crash.
The plane was a Beechcraft King Air, 32 years old, a medium sized turboprop popular with corporations.
It flew in from California Friday. Airport officials say Monday it had just taken off to fly to Mexico when it crashed.  Both men on board died.
King Airs have a generally good safety record, the basic design has been flying more than fifty years. Out of more than 35 hundred built about 200 have been lost to crashes. The National Transportation Safety Board may issue a preliminary report on this crash in about a month.  The full report may take a year.

We can confirm that the private aircraft that crashed was a Beechcraft 300. There were 2 fatalities. @NTSB is on its way to investigate.

NTSB is on the scene. This crash occurred on the apron east of the terminal. pic.twitter.com/atkWpnw3Rh

There has been a fatal private aircraft crash at @TucsonAirport. Airport operations are continuing.