MCSO: Man rescued and being evaluated after falling in mine shaft in Gila Bend
NewsCentral & Southern Arizona NewsTucson News 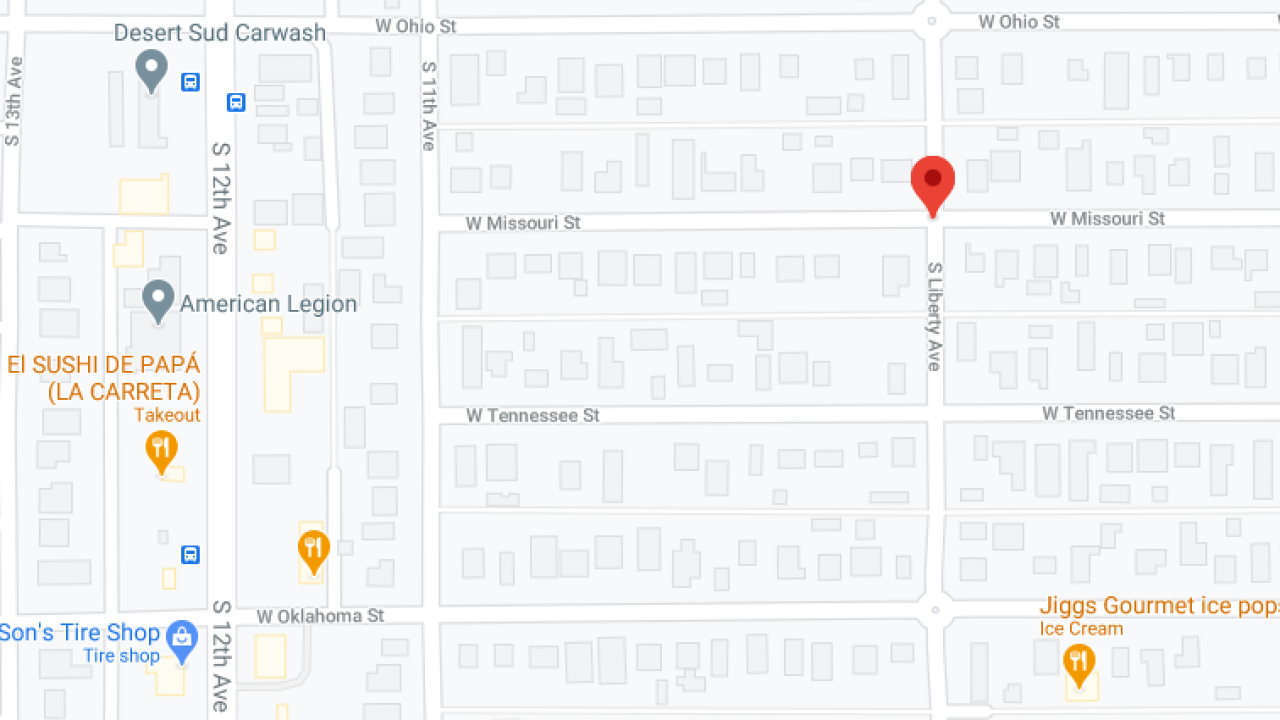 Google Maps
Tucson police are investigating a homicide that happened on the south side early Friday morning.

Tucson police are investigating a homicide that happened on the south side of Tucson early Friday morning.

Officers were called out to the area of 300 block of W. Missouri St. around 3 a.m. for a report of a shooting, police say. Upon their arrival, officers found a male unresponsive with obvious signs of gunshot trauma.

Tucson Fire medics and officers rendered aid to the victim, but he was later pronounced dead at the scene, according to TPD. The victim was identified as 15-year-old Adam Lopez. Next of kin was notified.

Detectives responded to continue the investigation, and after speaking with witnesses, it was determined Lopez left his residence on foot to meet with an unknown person, shortly after several shots were heard, and he was found soon after, according to TPD.

No arrests have been made at this time.

The investigation is remains ongoing.

Anyone with information to please call 520-88-CRIME.