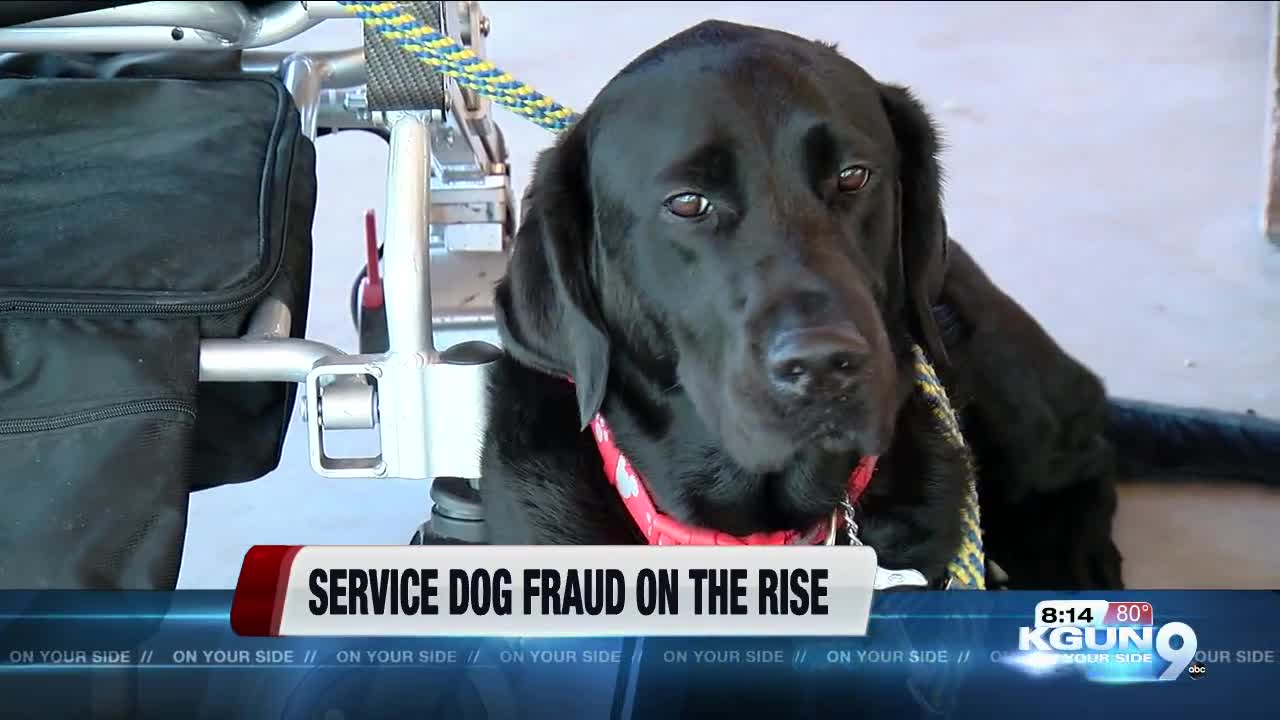 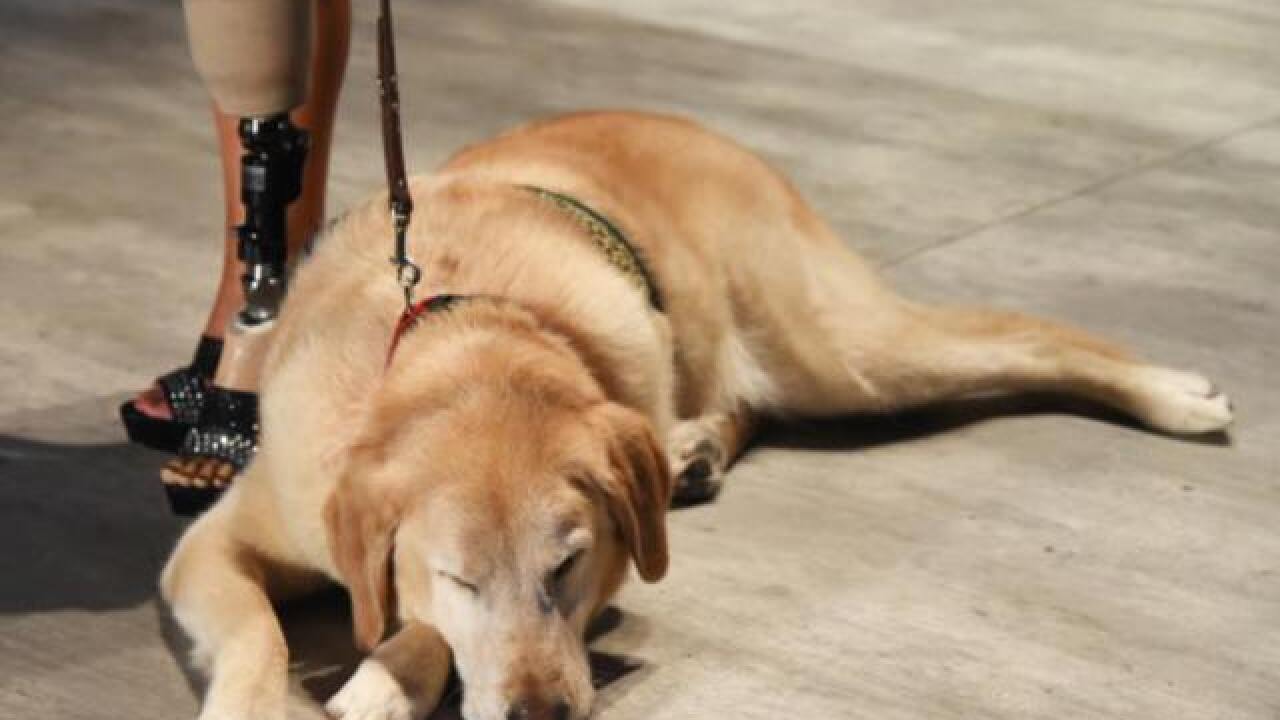 People take their dogs into stores by claiming they are trained service dogs.

Due to this, many people who depend on service dogs to get around and be independent are encountering untrained service dogs in store that attack their dogs. Shelby Smith is one of those people.

“He’s my whole life. He’s my whole world and he depends on me and I depend on him. He’s vital to my independence, she told KGUN9, about her dog Picasso.

They do almost everything together from going shopping to doing tasks at home.

“He helps me retrieve dropped items, tugging doors shut, tugging items. He knows how to close the dishwasher. Holds the mail when we go to get the mail, Smith said.

In fact, up until recently she used to take him everywhere until he got attacked by a fake service dog.

“It’s growing out of control. I mean we have had dogs attacked and had to pull dogs off...thinking oh my gosh is my dog going to get attacked because there is an untrained service dog and they start barking and they start lurching at him.”

“This is an ongoing issue. We have been advocating for this for years and we just want to keep getting the word out and hopefully one day it won;t be an issue,” said Haynes.

As a result, the organization launched their take a Stand Against Service Dog Fraud campaign, to raise awareness.

“A business owner or someone working in a business can ask two question legally. Is the dog a service animal required because of a disability. The second question they can ask is what task has the dog learned to perform for you,” Haynes told KGUN9.

Haynes believes that through education people will join the effort to take the untrained service dogs off the streets. Shelby Smith agrees.

“It’s a darker world without these dogs. They just bring so much light into my life. I really can;t imagine my life without him,” added Smith.

Indicators for untrained service dogs may include excessive barking and aggressive behavior. For more information on the campaign, click here .