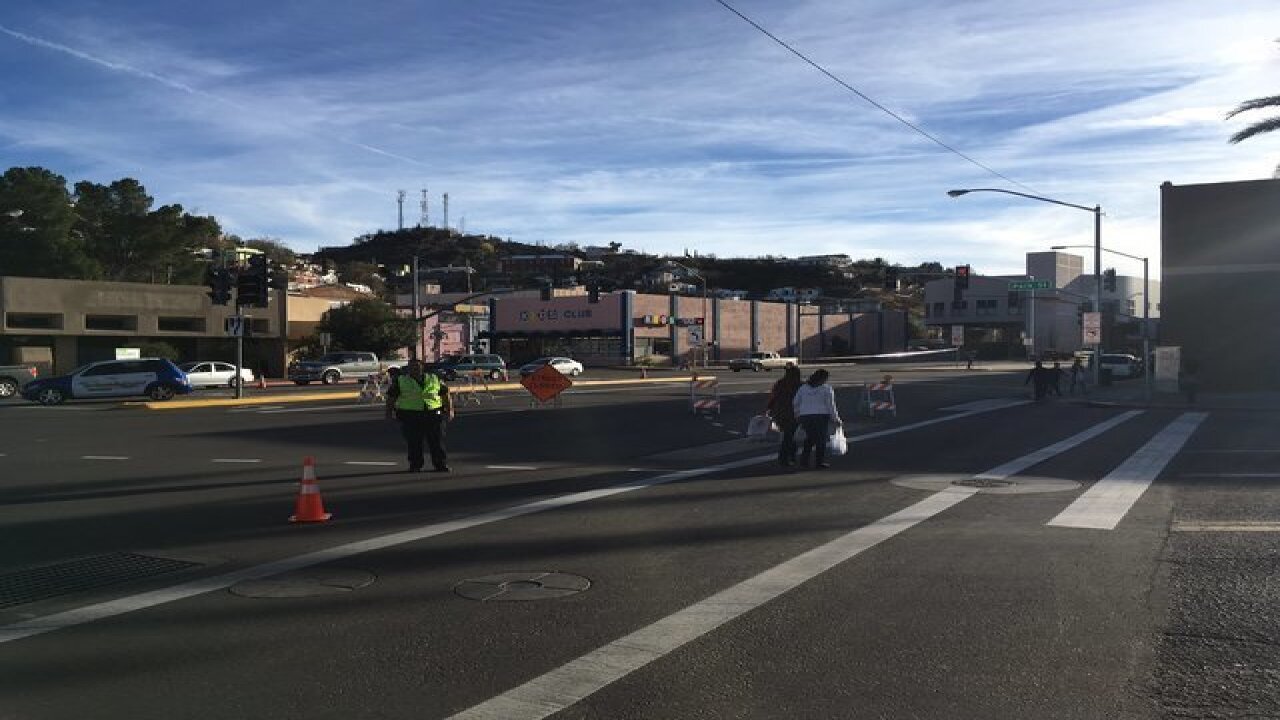 Police in the Mexican state of Sonora fought a pitched three-hour battle to free a border rail crossing at Nogales that had been blocked by people protesting a gasoline price increase.
The Sonora state government said late Sunday that two police officers were injured and two protesters were arrested in the confrontation.
The demonstrators were protesting a recent 20-percent hike in gasoline prices.
The state government said officers who tried break up the blockade were attacked with rocks for about three hours and responded by "firing rubber bullets into the air."
Video aired by local media showed officers firing shotguns -- commonly used to launch bean bags or rubber projectiles -- at rock-tossing demonstrators.
The government said 11 trainloads with about 1,000 cars of merchandise headed for the United States had been backed up by the protest.
It said the blockade had threatened to temporarily shut down Ford Motor Co.'s stamping and assembly plant in Hermosillo.
Protests nationwide have continued since the fuel price hikes went into effect on Jan. 1.
In the border state of Baja California, the state tourism department acknowledged Sunday that gas stations there had run out of gas due to protest blockades of a distribution terminal in previous days, but said that supplies had now been re-established.
On Saturday, a lone protester drove his truck into a line of police guarding a fuel distribution terminal in Baja California. Federal police said seven officers were injured in the incident in Rosarito, near the border city of Tijuana.
Largely peaceful protests against the fuel price increases continued elsewhere in Mexico, and looting seen last week largely subsided.
The protests have left hundreds of businesses looted and more than 1,500 detained.

DeConcini Port of Entry into Mexico closed after protests from earlier in the day. @kgun9 pic.twitter.com/A5gE3B6VIv

Nogales travelers: Mexico-bound traffic has been halted at the DeConcini Crossing. Please use the Mariposa Crossing until further notice.

A closer look of the closure at the DeConcini Port of Entry. @kgun9 pic.twitter.com/yVZber3W7D

DeConcini Port of Entry into Mexico blocked off due to earlier protests. @kgun9 pic.twitter.com/hJ0IE5l63h

Stay with abc15.com and ABC15 for the latest details as the story develops.