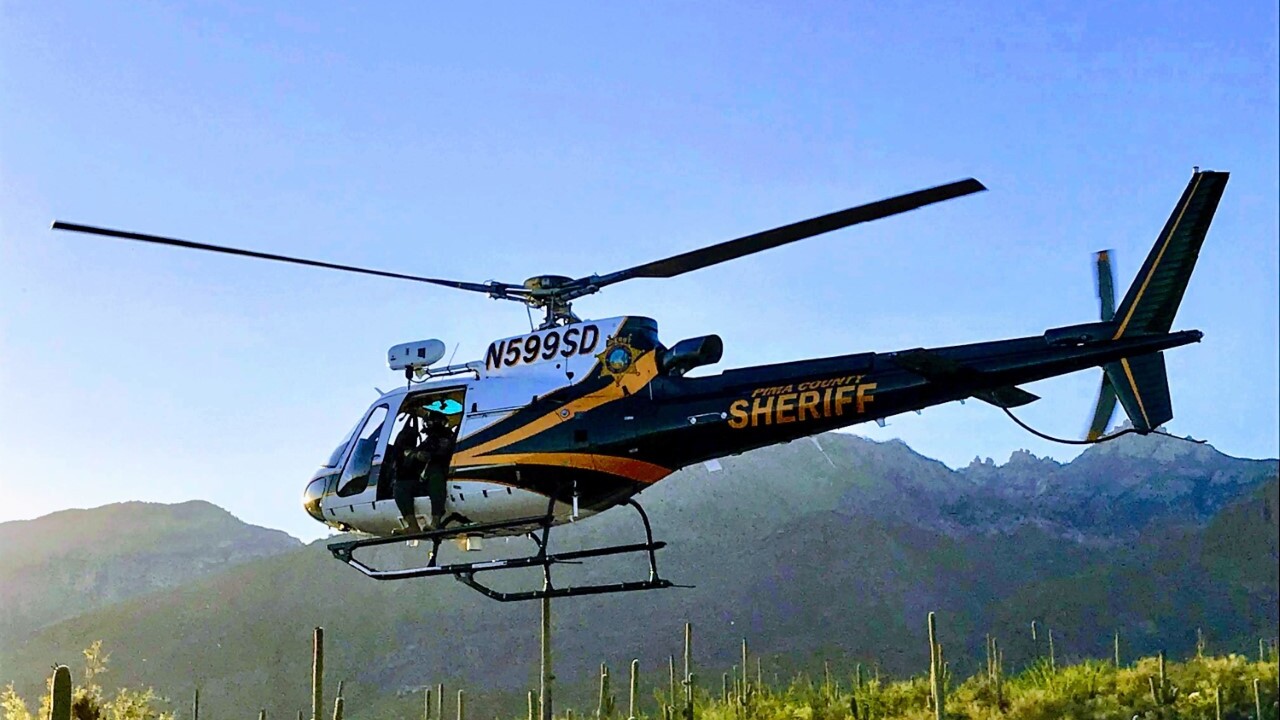 The Pima County Sheriff's Department, alongside Search and Rescue deputies responded to a hiker rescue to King Canyon Trail Friday.

On July 18, Search and Rescue responded to King Canyon Trail around 5:05 p.m. about a 20-year-old female hiker who was having trouble breathing, according to PCSD. Because of the location of the hiker the Pima County Sheriff’s Department’s helicopter, Sheriff One was used to help in the rescue.

Search and Rescue deputy, Jeremy Ramirez spotted the hiker on the trail and was lowered from the helicopter, where he triaged the hiker, monitored she was in anaphylactic shock, and utilized an EpiPen.

The hiker was then air-lifted out of the trail, taken to an awaiting Picture Rocks Fire Department ambulance, where she was then taken to a hospital, PCSD says. Doctors advised, deputy Ramirez’ quick medical response saved the hikers life.