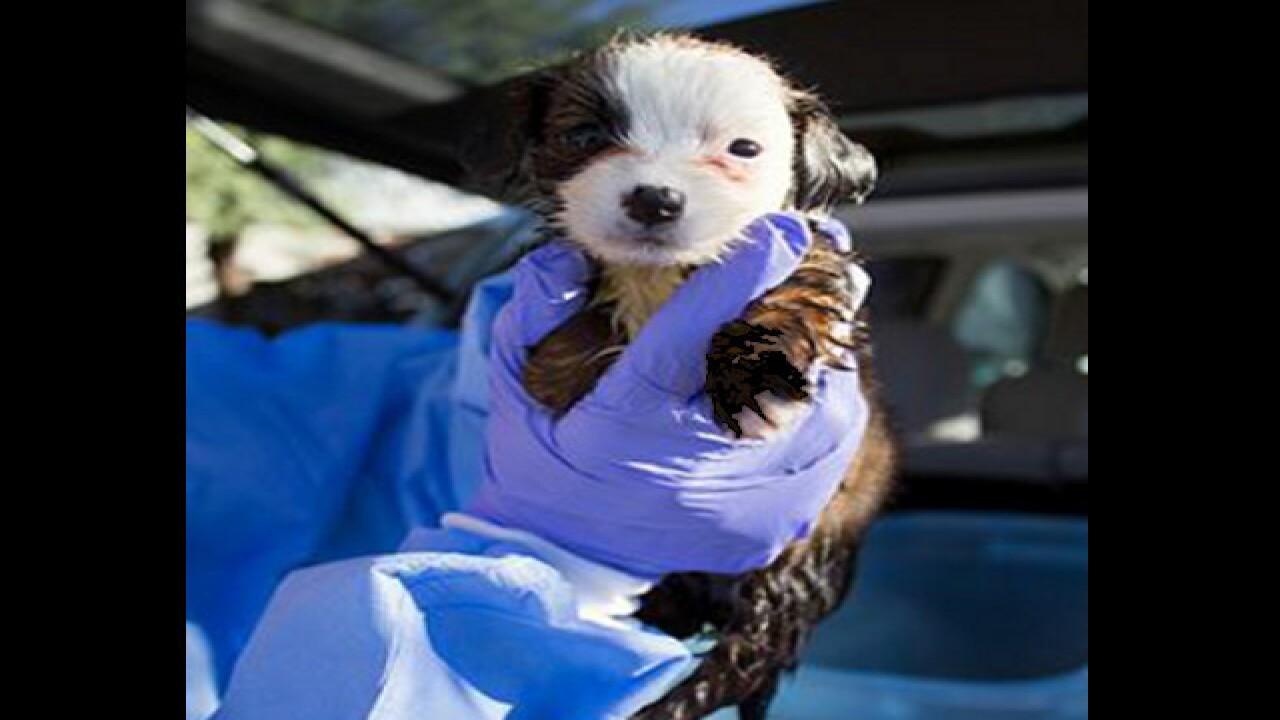 Nine puppies were found abandoned outside of the PAWSH pet boutique at the Park Place Mall in Tucson early Wednesday morning.

The puppies were found in a plastic tub by mall security.

One of the abandoned puppies gets fluids at @HumaneSociety @kgun9 pic.twitter.com/YhsqN8lQvH

The organization says it doesn't know if the puppies will survive.

The HSSA wants to remind the community that these situations are preventable.

"I can't overemphasize the importance of spay/neuter surgeries, and proper vaccinations for our pets," said Vanessa Ford, HSSA's Director of Marketing and Communications.