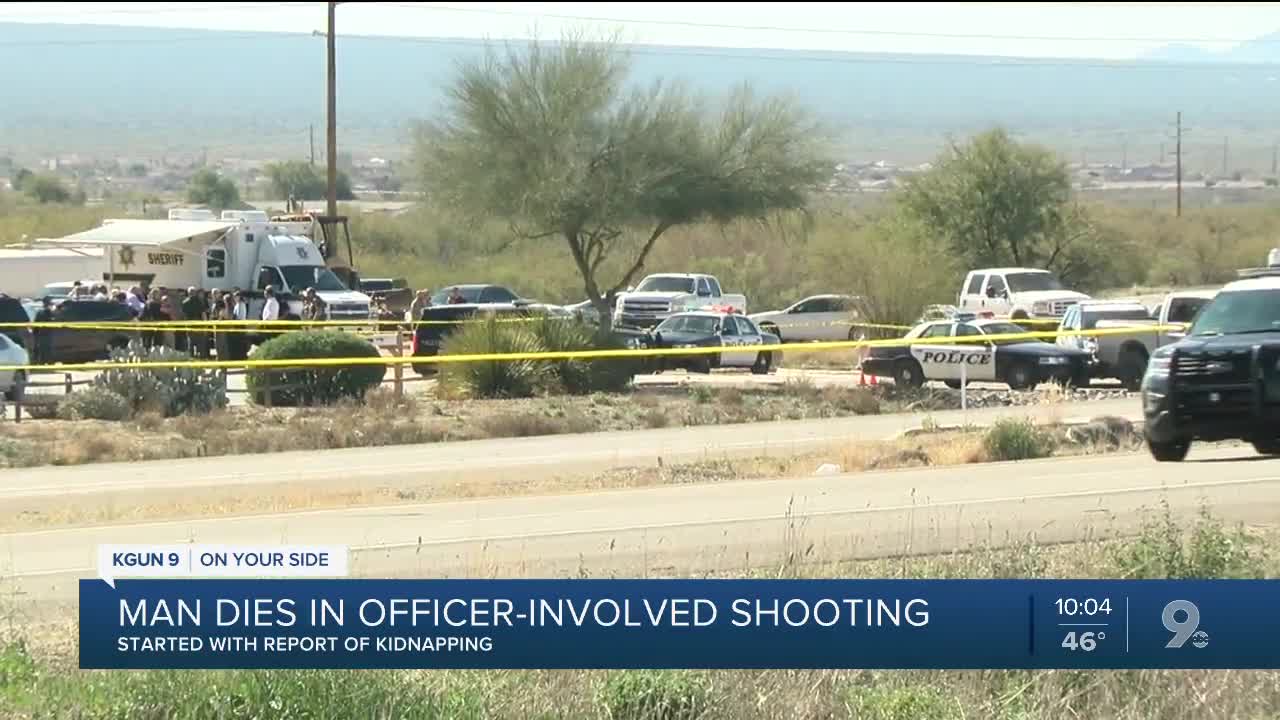 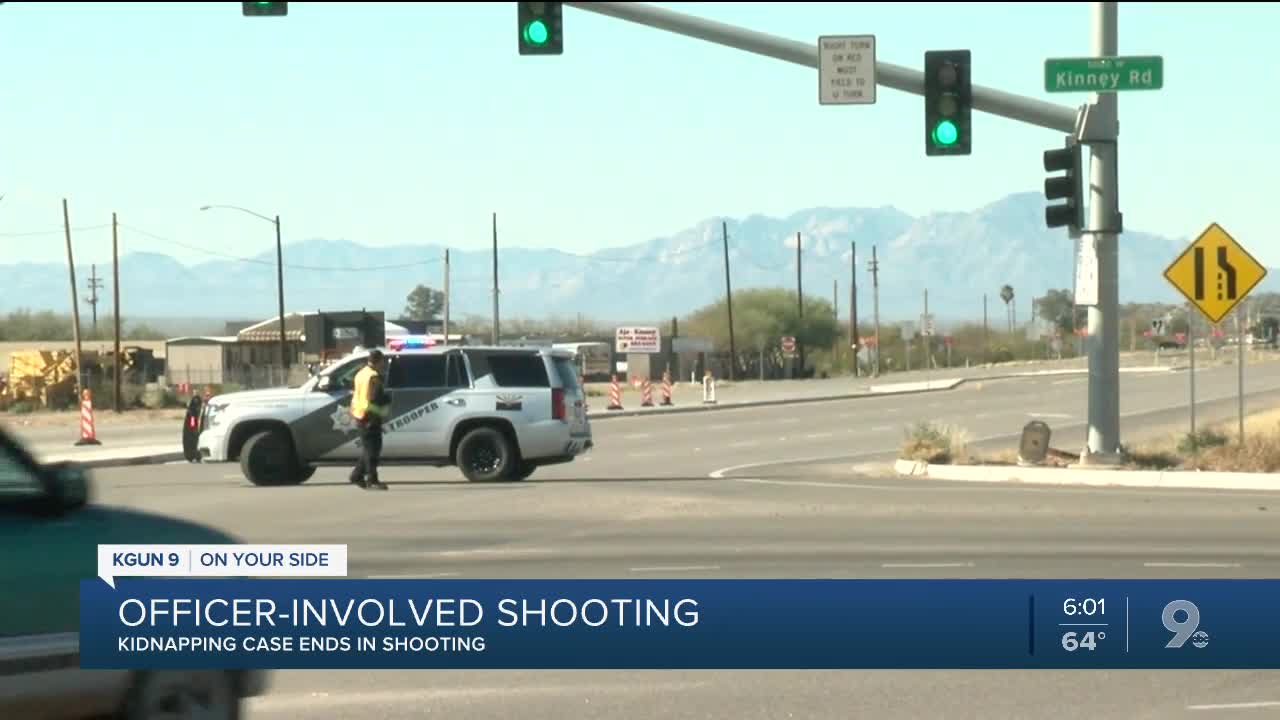 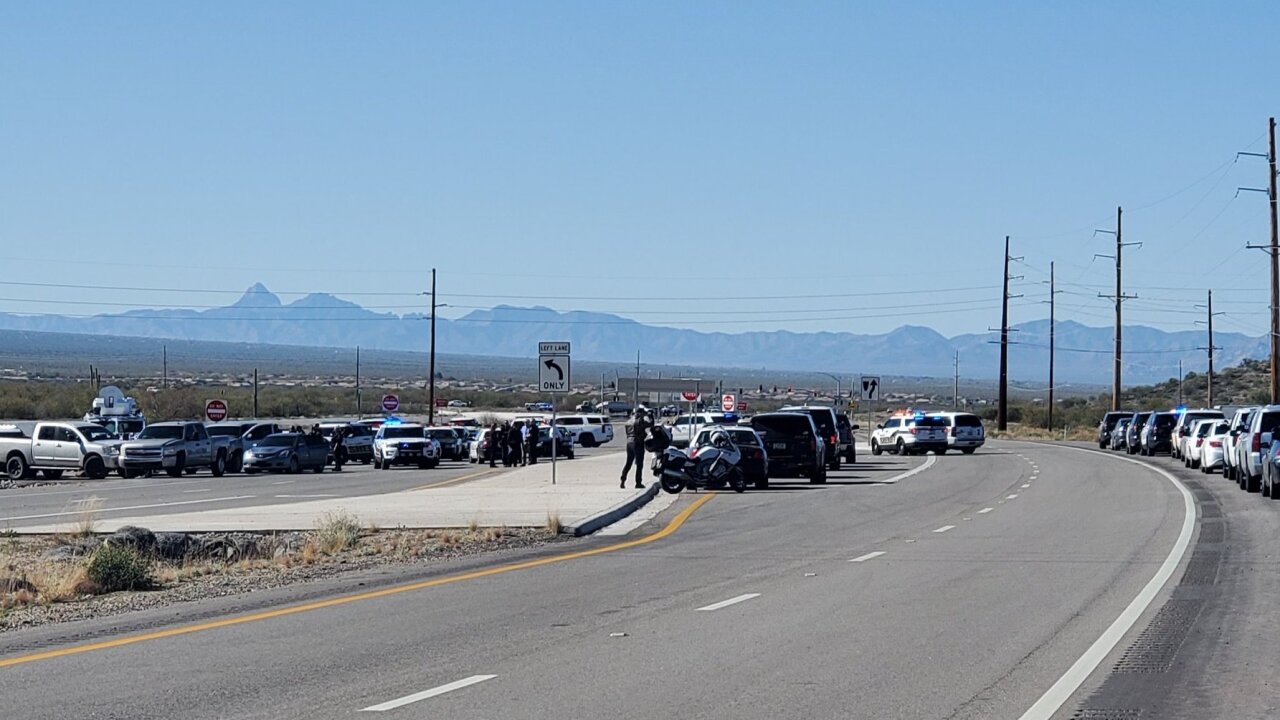 Officials say the incident happened in the Tucson Estates and Ajo Highway area.

Police say they were investigating a kidnapping that was reported at about 5:00 a.m. Tuesday morning in the 6500 block of S. I-19 Frontage Road.

According to PCSD, the victim told police that he was kidnapped from a home within city limits, forced into his vehicle and was driven around the city. The victim then said he was eventually released west of the city in Pima County, which led to deputies being able to locate him.

After further investigation, detectives found the victim's vehicle and followed it to a nearby gas station located at 6225 W. Ajo Way around 9:20 a.m.

The suspect, 39-year-old Robert Cocio, barricaded himself in the vehicle while officers attempted to communicate with him, PCSD said.

According to PCSD, during negotiations, officers noticed that Cocio has a gun, which he refused to put down. PCSD says at one point he aimed the gun at officers.

Following the shots, lifesaving methods for Cocio were immediately attempted, but he was pronounced deceased on-scene.

No officers were injured and the victim was also not injured.

This investigation is ongoing. If you have any information, call 9-1-1.

Tucson police are now calling the investigation off of Ajo Way near Tucson Estates on officer involved shooting. They ask you to stay out of the area. @kgun9 pic.twitter.com/lSk6D7o7TC