Lute Olson continues to bring Tucson community together outside of McKale 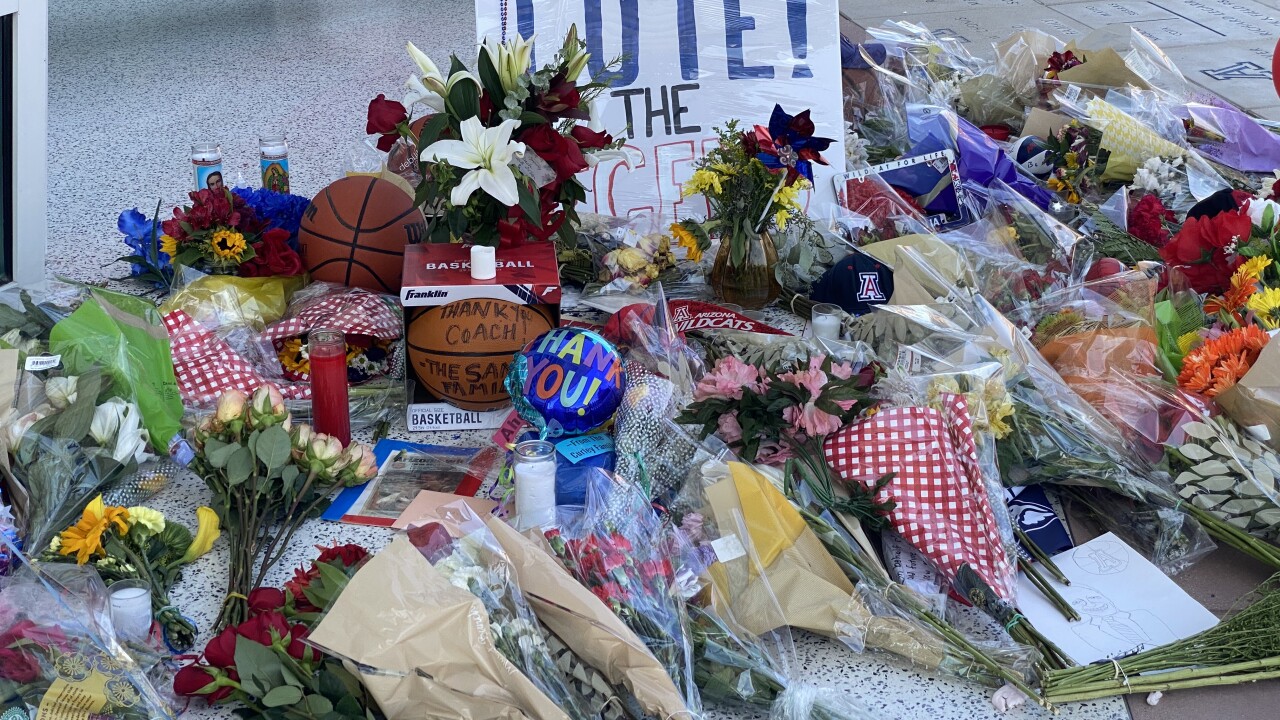 The memorial for the hall of fame coach, Lute Olson, continues to grow -- with bouquets of flowers, notes of what the coach meant to so many.

Even after his passing, he is continuing to bring the mourning community together.

“I mean Lute Olson is Tucson. No one else you really think of when it comes to Tucson," he said.

Terrence Valeriani Knoblich grew up during the Lute Olson era.

“For as long as I can remember, Lute Olson has been a staple in my family's household. My father is a huge -- huge, huge fan. And I grew up watching Lute and now I coach in our community" said Valerani Knoblich.

After years of owning a store nearby the campus— he was able to make connections with former basketball players.

"They brought us autographed balls. I have one Lute autographed so it's is a huge deal to me personally," he remembered.

Valerani Knoblich was in disbelief when he saw a tweet that Olson was in hospice.

“You felt your heart sink. It was heartbreaking and then all of a sudden he's gone,” he recalled.

Now, he hopes to make the late coach proud.

"Lute Olson was a huge driving force behind what I've taken a lot of the way he coached and tried to emulate it best I could. But you can't fill it in copy what Lute Olson is done.

He remembers him as the epitome of class.

“The man was one of the classiest coaches I'd never ever known or had the pleasure of watching and to watch him do the job he did and see the effect in the community," he said.