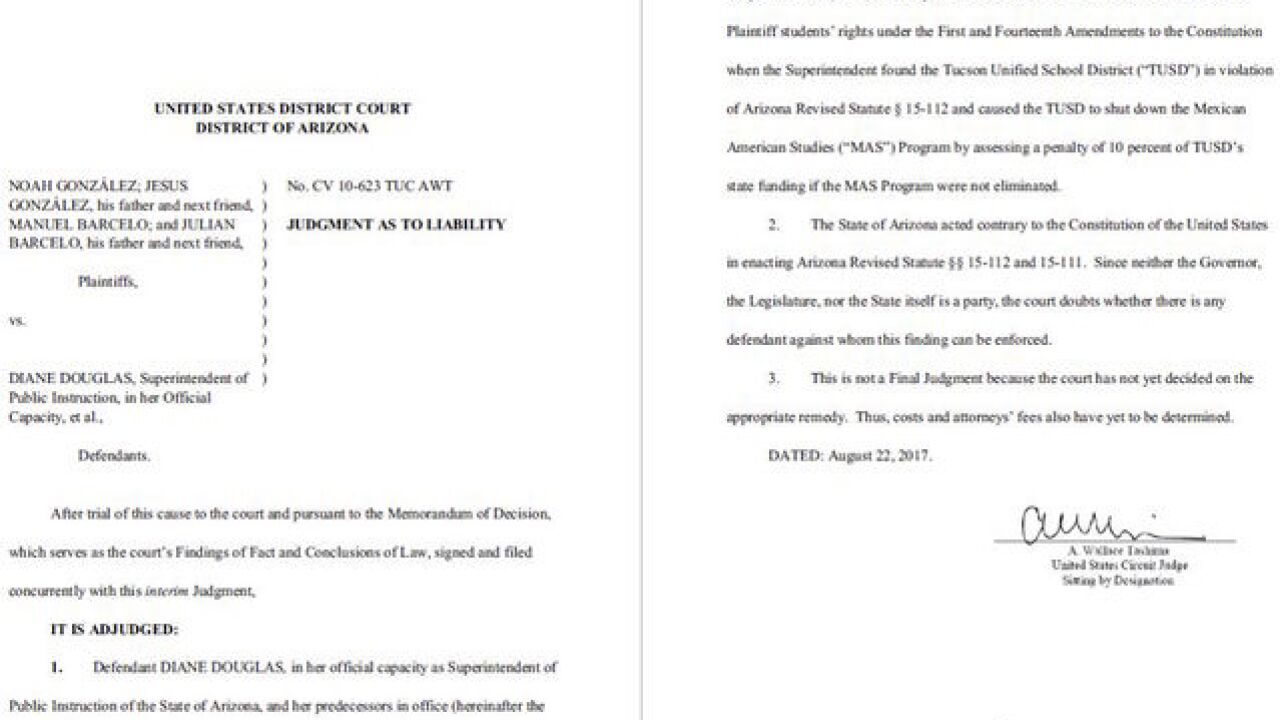 A federal judge in Tucson has ruled that an ethnic studies ban in Arizona that shuttered a popular Mexican-American program was enacted with racial discrimination.

The 2010 law dismantled the Tucson Unified School District program, launching months of protests by students and parents who said it enriched school performance.

U.S. District Judge A. Wallace Tashima's finding made public Tuesday said the law violated students' constitutional rights and was enacted and enforced with racial animus, but he said he doesn't know what the remedy is yet.

A federal appeals court in 2015 upheld most of the law, but asked a judge to decide whether it was enacted with discriminatory intent. The trial was held in Tucson in July.

Advocates say students who participated outperformed their peers in grades and standardized tests.

Attorneys for the state have denied that racial discrimination played a part in the law.