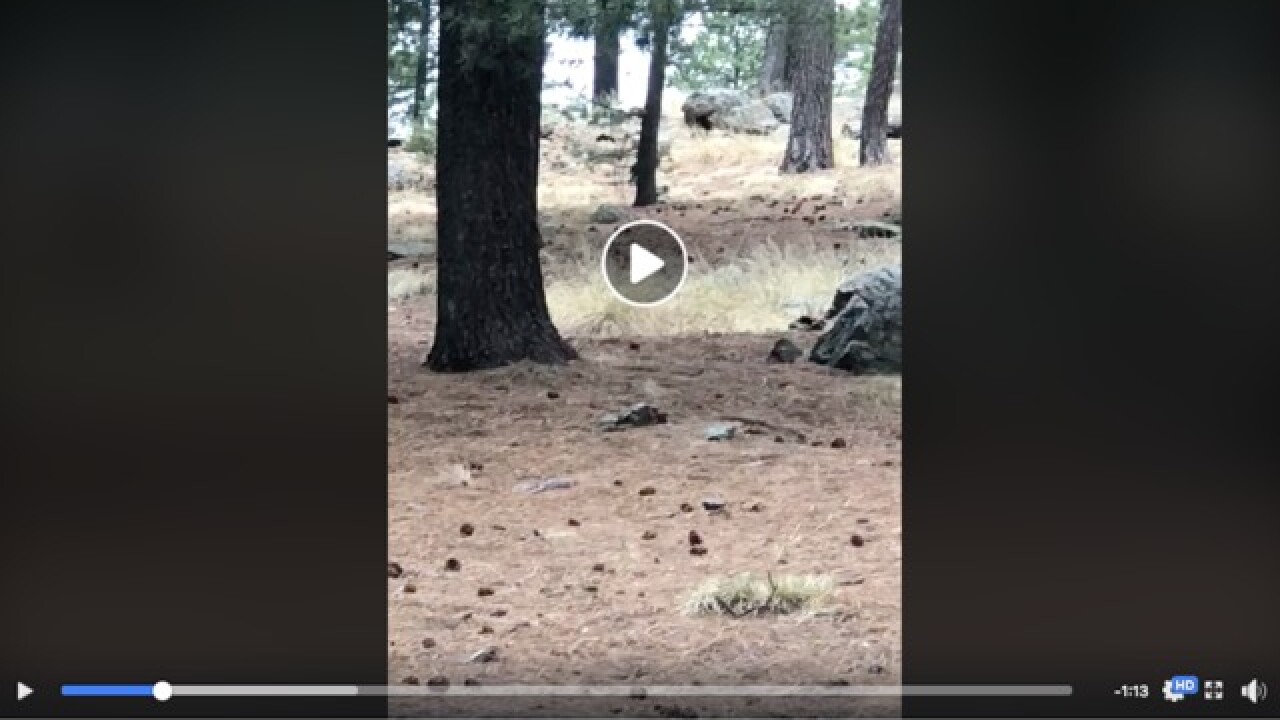 Copyright 2018 Scripps Media, Inc. All rights reserved. This material may not be published, broadcast, rewritten, or redistributed.
<p>Arizona Game and Fish Department</p>

Warning: The video below is tough to watch, but the Arizona Game and Fish Department says it’s an important nature lesson.

The video was shot by a family at Riggs Lake, about three hours northeast of Tucson, and posted on the Game and Fish Facebook page.

It shows a juvenile bear climbing a tree to escape a much larger, older bear, but the younger bear is unable to get away.

The older bear is seen ripping the younger bear down from the tree and killing it.

“The adult bear is likely a male, for which breeding is most important. Even a potential future threat to mating is perceived as a real threat immediately,” Game and Fish said in the Facebook post.

“People sometimes ask why we can't just release nuisance bears into the woods. One big reason is that release site might be in the territory of an older, larger bear. Arizona's black bears are dangerous predators and fiercely territorial. As much as we love them, we will continue to keep public safety as our highest priority,” they said.

Game and Fish said in the Facebook comments that the younger bear was likely 1-2 years old and had outgrown living with its mother. It was off trying to claim its own territory and picked the wrong territory.

“Animals die every day so that other animals can eat and survive. It's nature,” Game and Fish responded to one commenter on Facebook.

“Like it or not, this is the fate a lot of young bears face,” they said.