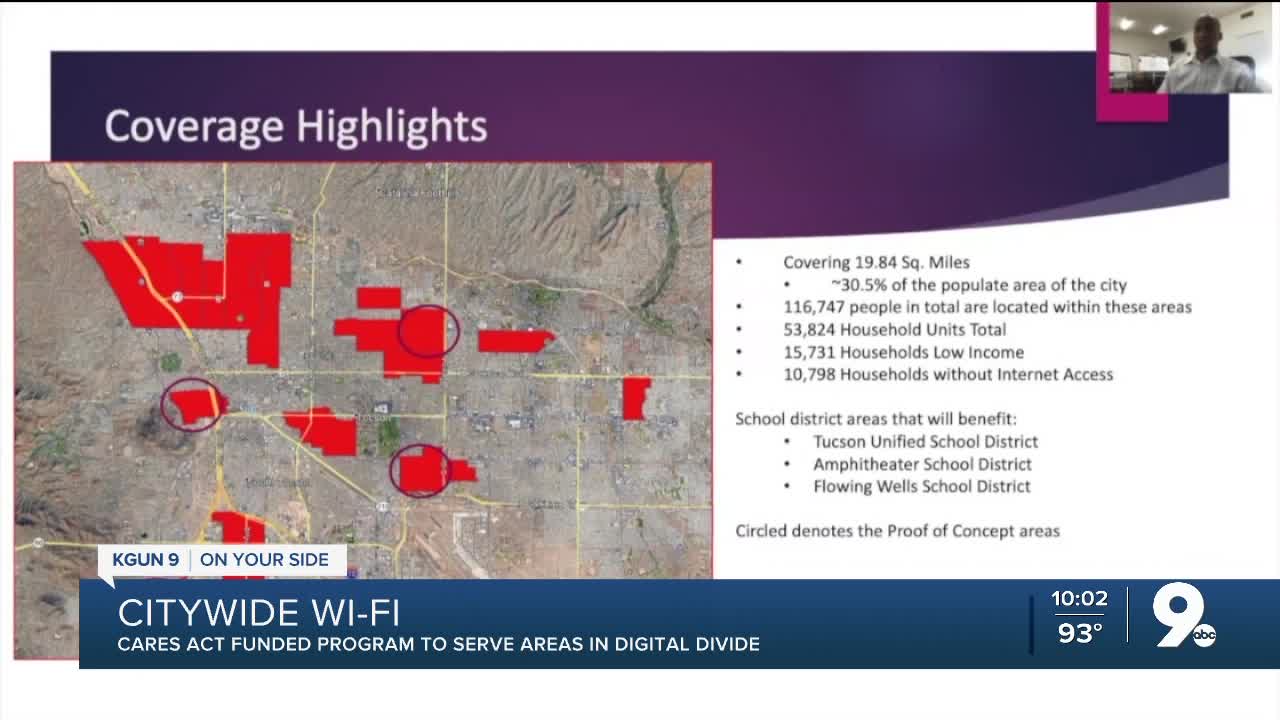 Dryness is something we've adapted to in Tucson, but there are some places in town that suffer from a digital dryness. City Councilman Steve Kozachik calls it something else.

"There are pockets in the city, right now, that are suffering a digital divide."

They're areas of town that don't have as much of an infrastructure for internet connectivity, that will change after the Council voted to fund a Wi-Fi program for these areas.

"We're covering right around 20 miles, 30 percent of the populated area of the city, about 116,000 people, 53,000 households," said Collin Boyce, Chief Information Officer for the City of Tucson.

The program will provide a free Wi-Fi connection for what the city has identified as parts that are digitally under-served.

Boyce said the hardware for this program will be constructed on existing infrastructure.

"Poles, traffic lights, anything that's considered to be street furniture."

That works for future projects.

"The second piece will then be to expand this out, city-wide," Kozachik said.

The second piece, he said, would be to add smart traffic programs to street lights, that would streamline traffic east to west on busy roads.

"Without the $9 million of Federal 'CARES' money that we have available to us, we probably would not have been able to afford to do this."

The investment is one that will pay off for uses, both Kozachik and Boyce said, like connecting to the already-existing networks at school districts and Pima County facilities.

"If they have fiber, if we're able to come together and collaborate with this, we can make the product even better," Boyce said.

Kozachik said the network will give schools offering distance-learning better options for their students: an investment, he said, is a necessary one during a pandemic.

"When we see school systems, and the city by the way, now having to operate remotely, that is absolutely a COVID-related issue."

The city says work will start on the new city-wide Wi-Fi in August and continue into December later this year.