Environmental impact of Sawmill Fire to be determined 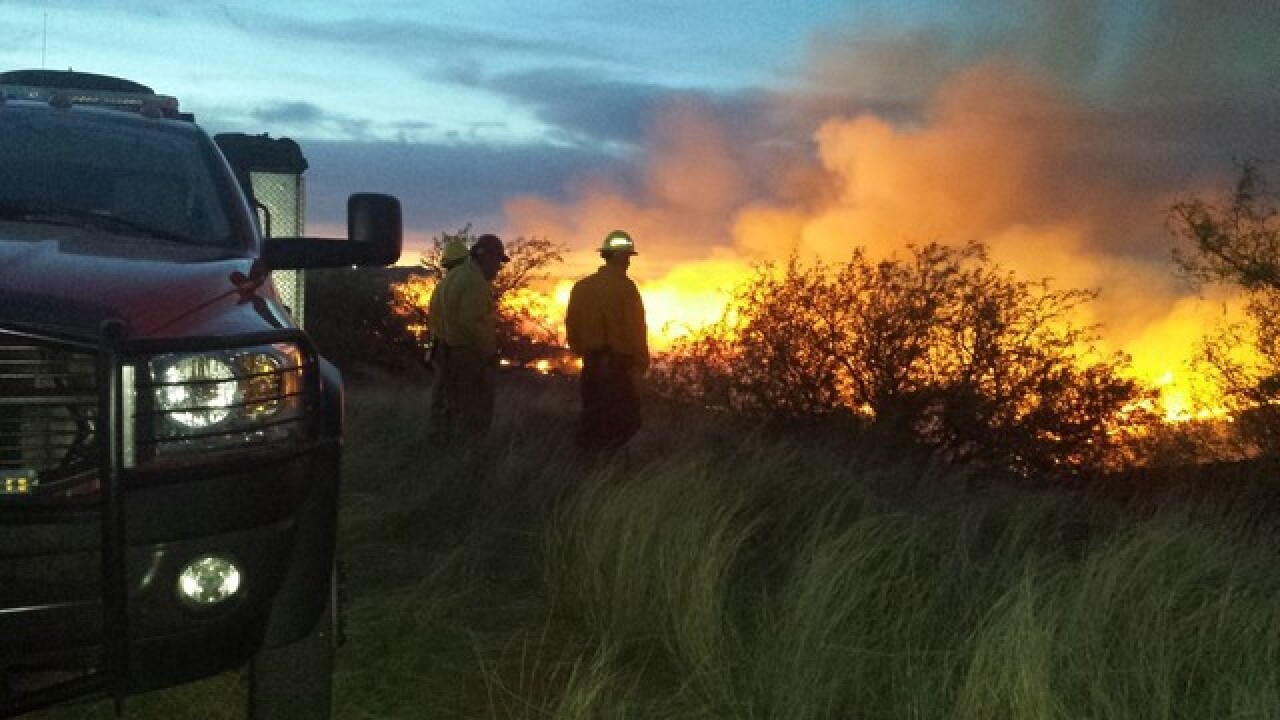 Authorities plan to do an in-depth review to determine any environmental damage caused by an Arizona wildfire that burned grass, brush and trees along a 45-mile-long (72.42-kilometer-long) path last week.

The blaze burned about 28 percent of the Las Cienegas National Conservation Area near Tucson.

Melissa Warren, the field manager for the Bureau of Land Management's Tucson office, said officials so far officials have not visited much of the conservation area's burned section because of fire hazards.

Warren said a team of resource specialists will do a full-scale assessment of the damages, but added that it is too early to say how long that process will take, the Arizona Daily Star reported Tuesday (http://bit.ly/2qEbvzH).

Much of the burned section was grasslands, but the fire also damaged areas where various types of wildlife live.

Karen Simms, the manager of the conservation area, said Las Cienegas' grasslands will start growing back during the first month after the blaze, which was started April 23 by an off-duty Border Patrol agent doing recreational shooting.

Simms said the grasslands should regain most of their vigor in one to two years.

Authorities will examine a number of environmental issues when they get a closer look at the fire's aftermath, including the fate of frog, bird, fish and plant species in the area and the impact of ash on the watershed.

In addition, they want to know if some of the 70- to 80-year-old cottonwood trees survived the blaze, Simms said. It could take another 70 to 80 years for younger trees to replace them in stature.

"It's perfectly natural for the fire to burn over riparian areas and take out large trees," said Jeff Simms, a BLM biologist. "In that sense, it's not that big a deal. But if you have habitat for rare birds such as yellow-billed cuckoos, that's not good for them in the short term."

The yellow-billed cuckoos live in the cottonwoods and willows in the area, along with an endangered plant called the Huachuca water umbel. One concern is ash from the fire that might gather in streams and creeks and hurt fish.

"We may have to do remediation to keep ash from running into the creek during monsoon rains," said BLM biologist Jeff Simms. "If there's enough ash, we could have a fish kill."

Warren said at this point, there's not enough known about the damage to determine if the BLM will need to form a team to do emergency grass seeding and take other measures to stave off ash runoff.

The conservation area is closed to the public and will likely stay closed until Monday. Warren said the closure could extend until it is certain public entry is safe.