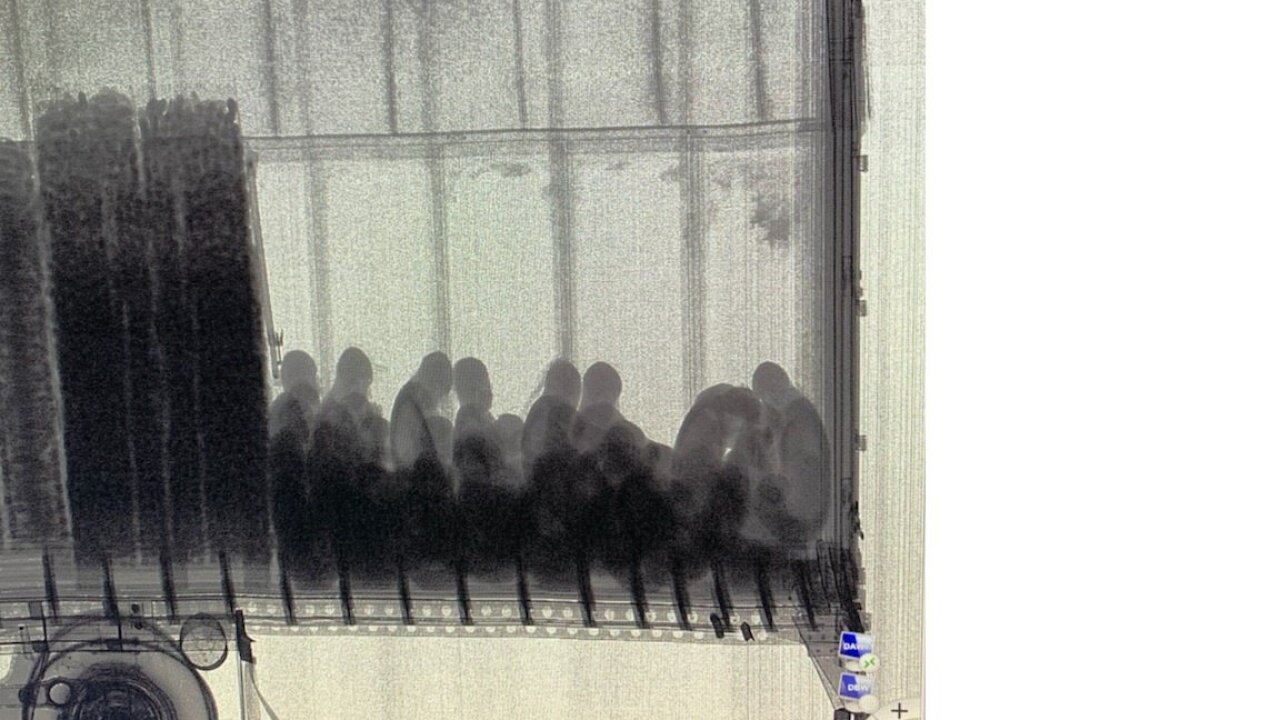 TUCSON — Two U.S. citizens were caught and charged for allegedly trying to smuggle 32 migrants across the United States border near Tucson in a refrigerated semi-trailer.

According to a press statement from the U.S. Border Patrol’s Tucson Sector, U.S. Customs and Border Protection (CBP), the semi-trailer was sent to a secondary inspection post after a K9 alerted officials.

When agents opened the trailer, they discovered 32 migrants "illegally present in the United States."

A tweet from the White House revealed the migrants were transported in a refrigerated trailer that was 47 degrees inside.

"The individuals were also ill prepared to be in 47 degree refrigerated trailer as most were wearing short sleeve t-shirts," CBP wrote.

Two men face federal charges for locking 32 people in a refrigerated semi-trailer in a human smuggling attempt at the I-19 #TucsonSector Border Patrol immigration checkpoint. https://t.co/4uAdm1gChG