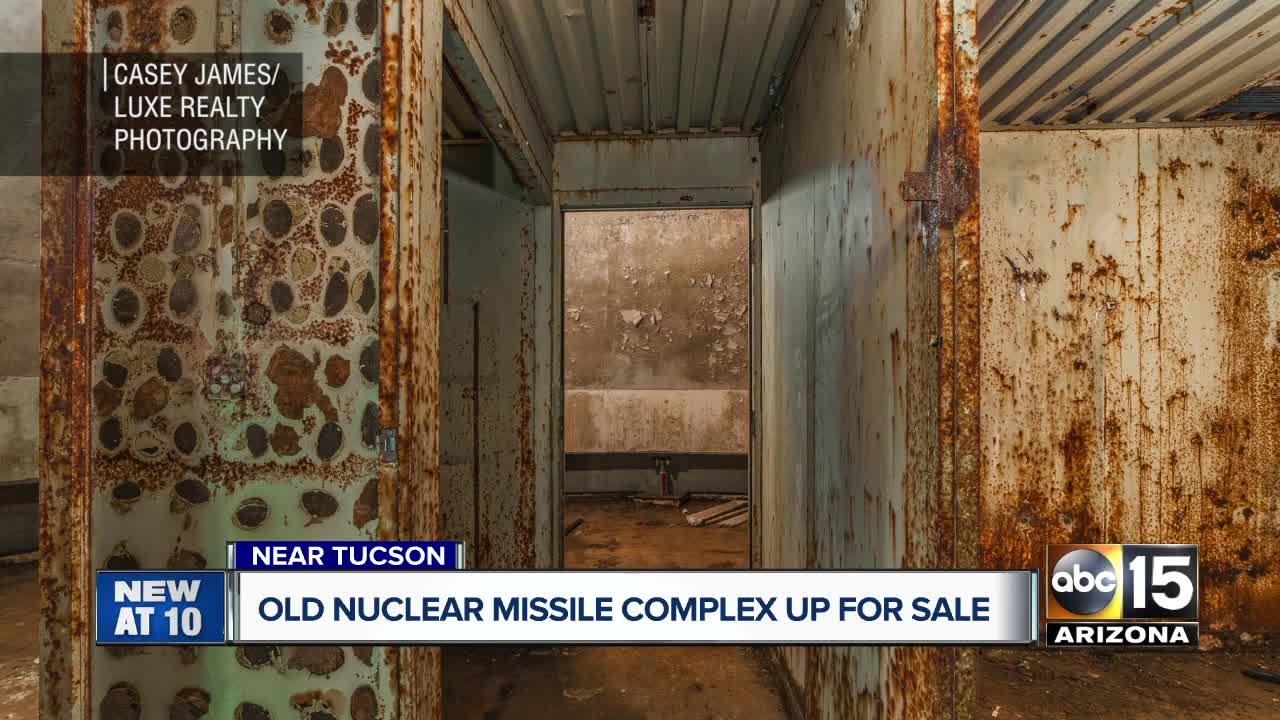 When looking for a home, you have all kinds of options. Contemporary, ranch style, mid-century modern just to name a few. Well, how about the ultimate fixer-upper in the form of a decommissioned nuclear missile site? TUCSON, AZ — When looking for a home, you have all kinds of options -- contemporary, ranch style, and mid-century modern just to name a few. Well, how about the ultimate fixer-upper in the form of a decommissioned nuclear missile site?

One such property is up for sale right now in Arizona for $395,000. It’s located about 35 miles north of Tucson.

It doesn’t exactly have your typical curb appeal. That’s because it’s located inside a bunker and protected by a 6,000-pound blast door.

Also, if you want to enter the site, you must climb down a 40-foot ladder.

Take a 3D tour of the bunker.

So why is this complex even in existence?

It once housed the Titan II Missile, which was made in the Cold War era. The missile had a nuclear warhead capable of reaching distances thousands of miles away.

Grant Hampton, the realtor who is trying to sell the property, admits it needs some work.

Hampton tells ABC15, “There is the presence of lead-based paint down there, just due to the year it was constructed, so there would be some remediation involved if you’re going to live down there full time.”

Despite the renovation needs, Hampton says “We’ve had interested parties who want to turn it into a home or destination bar and restaurant.”

The owner has rejected two offers. One from an adult film business, and the other from the marijuana industry.