Border Patrol seizes aircraft loaded with meth, fentanyl after it flies into US 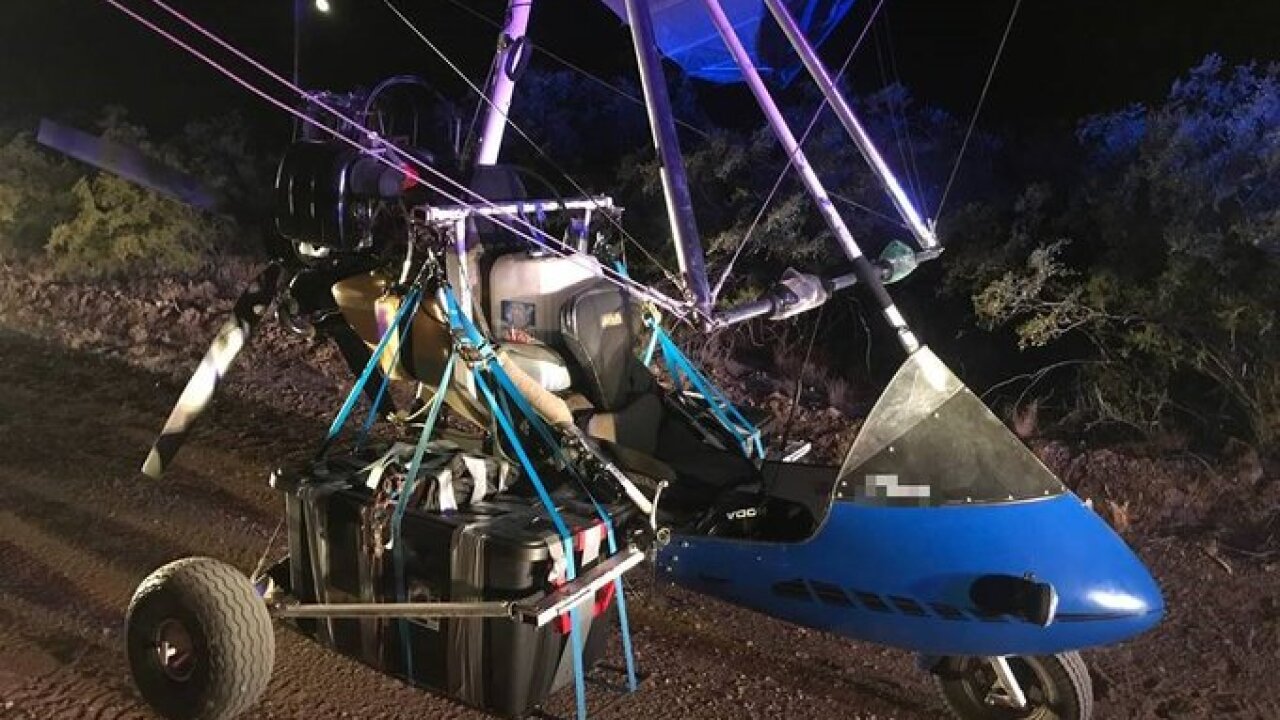 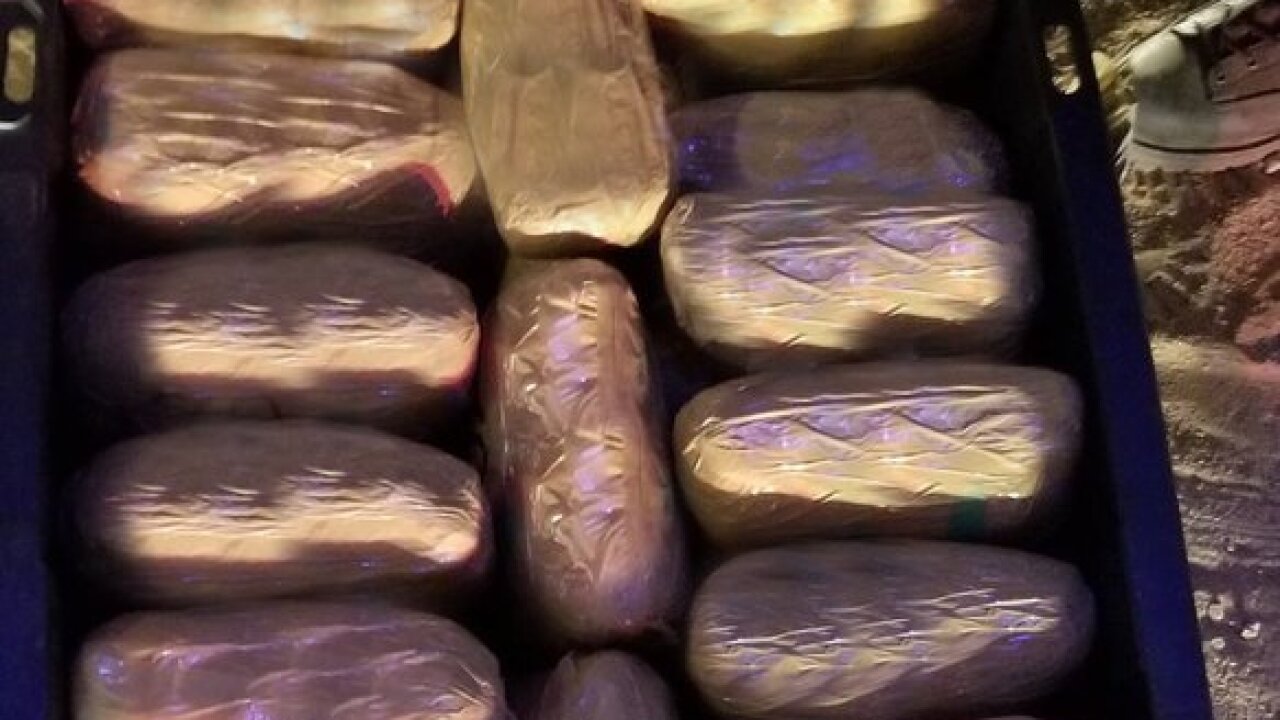 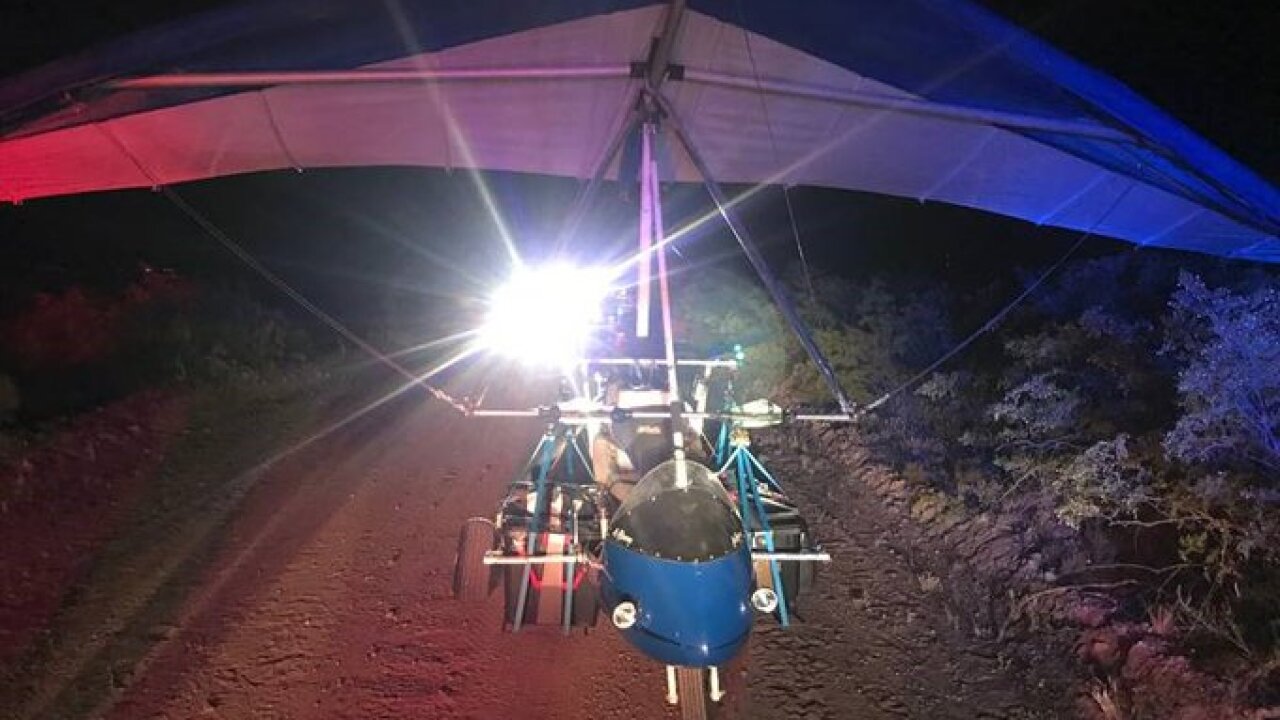 TUCSON, AZ — An ultralight aircraft carrying half a million dollars worth of methamphetamine and fentanyl across the southern border was nabbed by Border Patrol agents late Thursday, according to the agency, but the pilot managed to make an escape.

The single-person aircraft was tracked flying across the U.S.-Mexico border by agents in the Nogales and Tucson, Arizona, stations at about 11 p.m. The ultralight craft was tracked to a landing site on a dirt road south of Tucson, Customs and Border Protection said in a press release.

The drugs were found, but the pilot was not.

"An [Air and Marine Operations] helicopter crew and Border Patrol agents conducted an exhaustive search of the area, but did not find the presumed pilot," CBP said in a statement.

Authorities seized 143 pounds of meth and 220 grams of fentanyl worth about $500,000 -- packed into two plastic containers riding shotgun on the aircraft.

Despite the relatively small quantity, fentanyl is so strong -- about 50 times stronger than heroin -- that it is measured in micrograms, or 1 milllionth of a gram, according to the Harm Reduction Coalition.

Flying drugs across the border is not as common as other methods, but the Border Patrol said, "Transnational criminal organizations use a wide range of techniques to smuggle both humans and narcotics into the United States."

Even drones are being used to smuggle drugs over the border. A man in San Diego was sentenced to 12 years in prison in January 2018 for remotely piloting a drone to bring meth into the U.S., according to San Diego ABC affiliate KGTV.