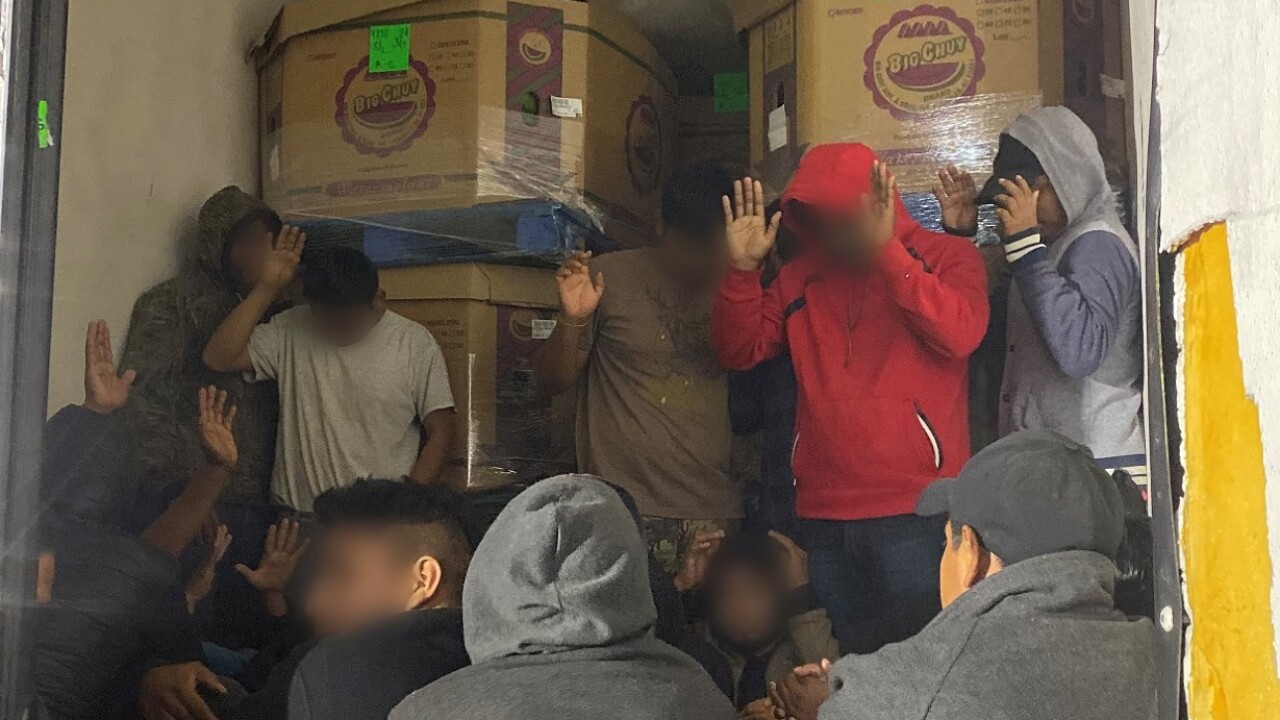 The Border Patrol says Tucson sector agents referred a semitrailer for a second inspection after a canine alerted to the vehicle Saturday around 10 p.m.

During the inspection, agents found 30 individuals, 29 from Mexico and one from Ecuador, inside the trailer. One of those people was an unaccompanied minor.

Border Patrol says the foreign nationals were arrested and will be processed for immigration violations.

The driver and passenger of the semi were both U.S. citizens and have been arrested for human smuggling violations.