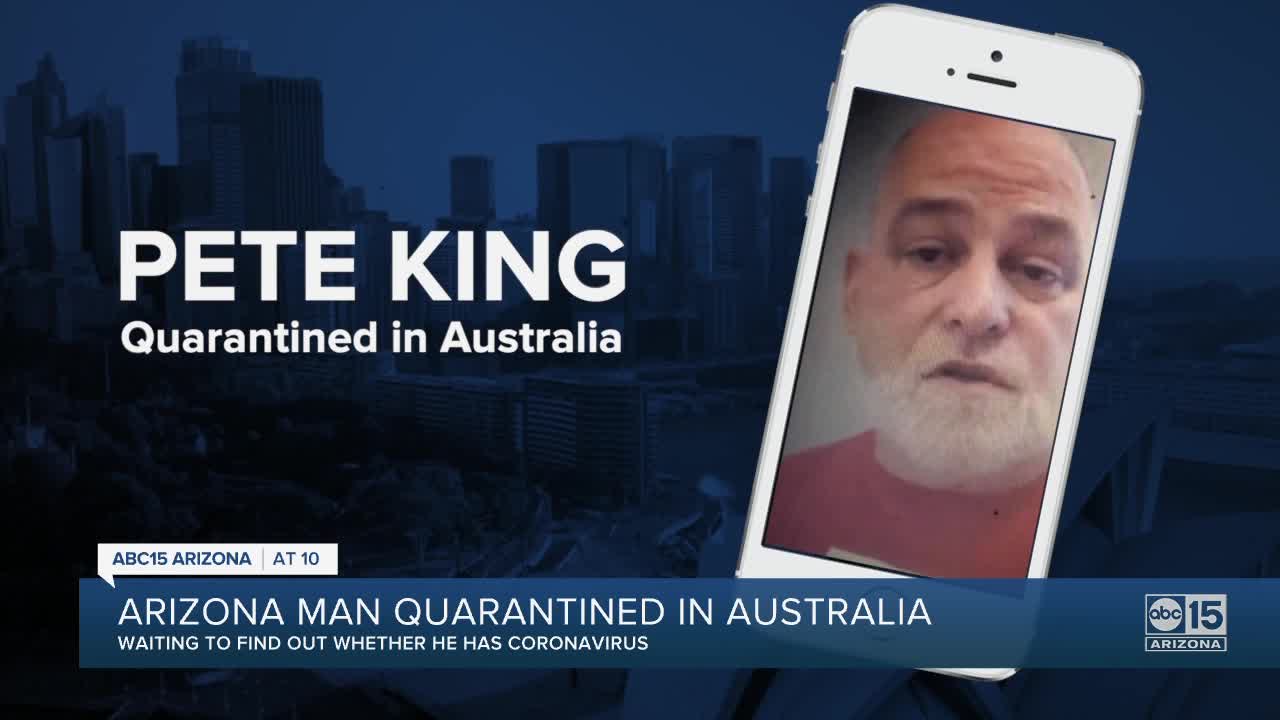 An Arizona man's vacation to Australia is turning into a never-ending vacation. He is now sick with a cough and fever, and quarantined in his hotel room, per the advice of Australian medical officials. 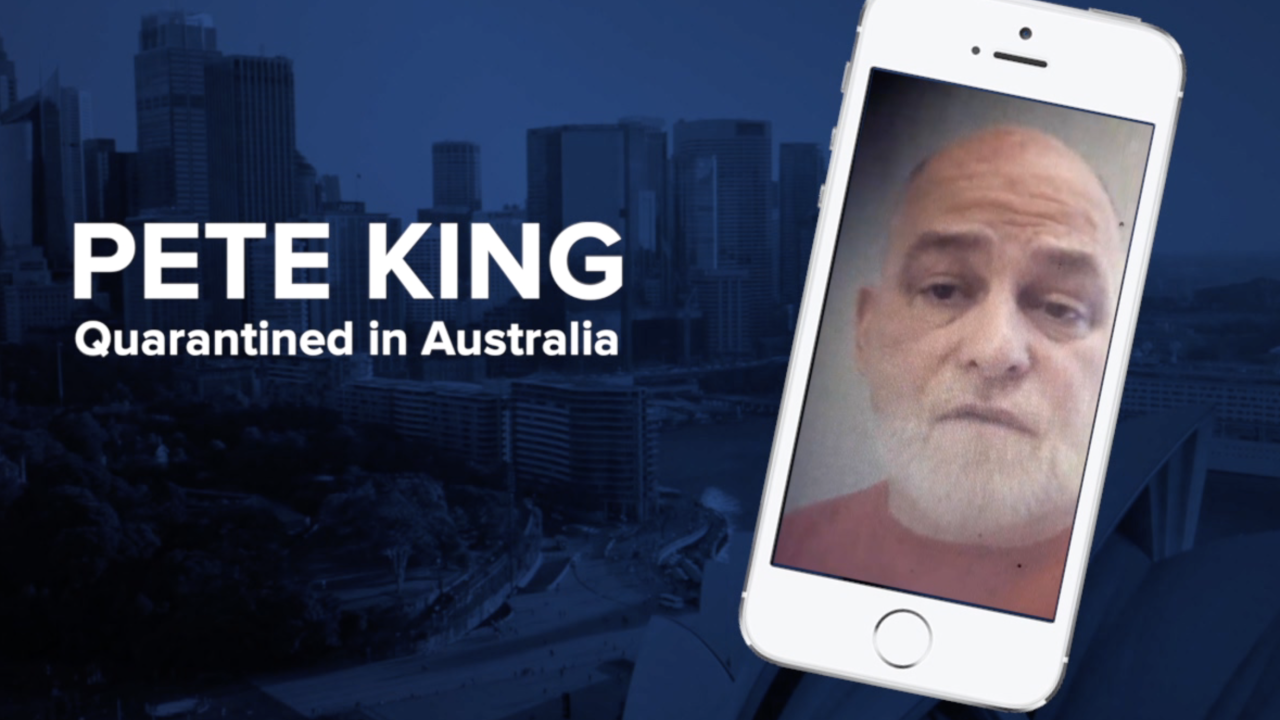 TUCSON, AZ — An Arizona man's vacation to Australia is turning into a never-ending vacation. He is now sick with a cough and fever, and quarantined in his hotel room, per the advice of Australian medical officials.

Pete King from Tucson says his vacation started when news of the "virus from China" was just starting to become worldwide headlines. Things escalated quickly within two weeks. In that time King had attended a Gay Pride festival, and multiple parties in Australia.

ABC15 Arizona spoke to King via video messenger. Cooped up in his hotel room, King said he started to feel ill last week.

"I have a little bit of a fever and cough and basically feel crappy, but you know I'm just riding it out, but in the meantime, I can't travel, I can't fly, I can't leave my hotel room," said King.

The 60-year-old tells ABC15 he suffers from underlying respiratory problems so is in the at-risk group. He's been limited to his hotel room for over a week now.

"I can't go out in public. I can only go to the store for food with a mask on. I am on a do-not-fly list, so I can't leave. I can't fly within Australia and I can't even leave the country," said King.

King tells us Australia has mobile pop-up testing sites set up all over the country, but due to a backlog, it was taking a long time to get the test results back. He is still waiting to find out if he has COVID-19.

King said he wanted to point out to Americans back at home was while there may be many carriers of COVID-19, not all of them would actually get sick, but they could still spread the virus to others, hence the need for an overabundance of caution.

He added that America could learn many lessons from what other countries dealing with the virus had endured.

King is staying quarantined in his hotel room at his own cost ... it’s costing him over $150 a day.

ABC15 will stay in touch with King to let you know when he has the green light to come back home to Arizona.