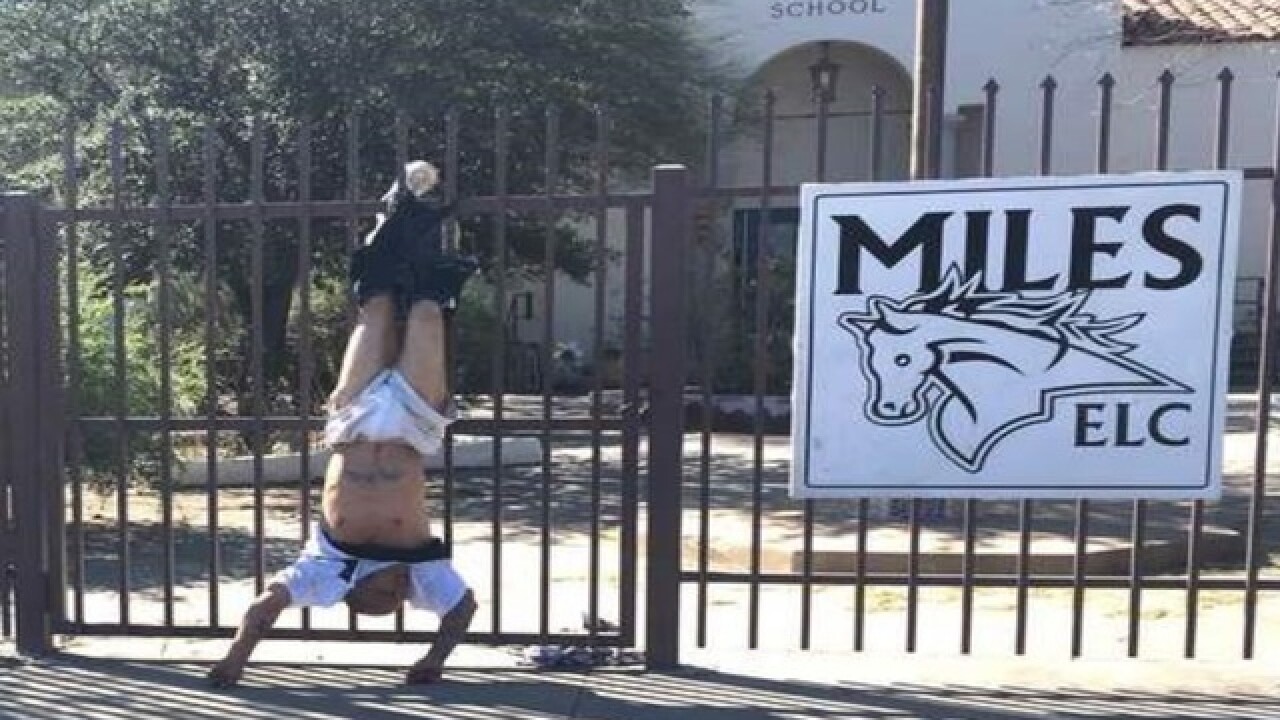 A not-so stealthy burglar in Tucson was caught with his pants down — literally.

A Tucson Unified School District spokesperson said police were called to Miles Elementary School after a locksmith allegedly spotted a man trying to force his way into classrooms on campus.

After the suspect realized that the locksmith was watching him he attempted to jump over the school's spiked fence, school officials said.

Witness Jesse Sensibar told KGUN that the man's baggy pants got stuck on a bar and pantsed him.

"I don't know what his story was, but it must not have been good enough," Sensibar said. "Fifteen minutes later, when I went back by the other direction going home he was cuffed up in the backseat [of the patrol car]. HE smiled for the camera."

Sensibar posted the photo of the suspect on Facebook which has since gone viral.

KGUN has reached out to TUSD and Tucson Police for a comment regarding the situation. No further details have been released.