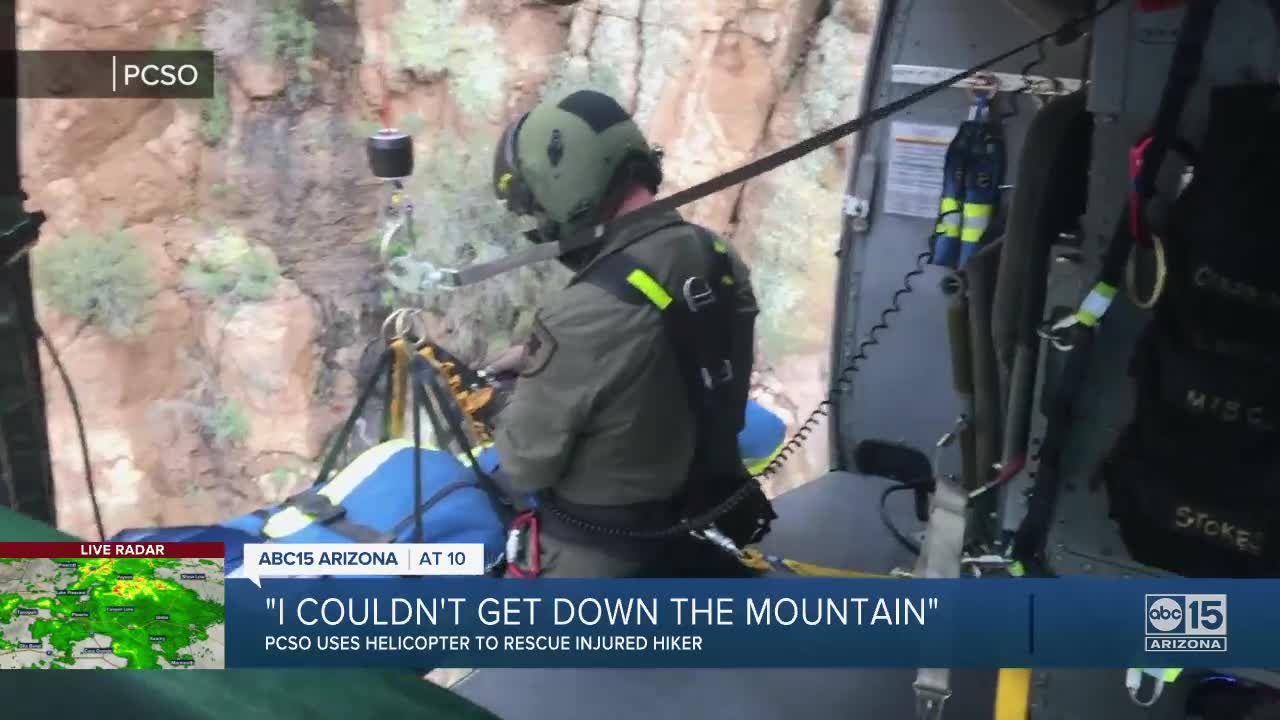 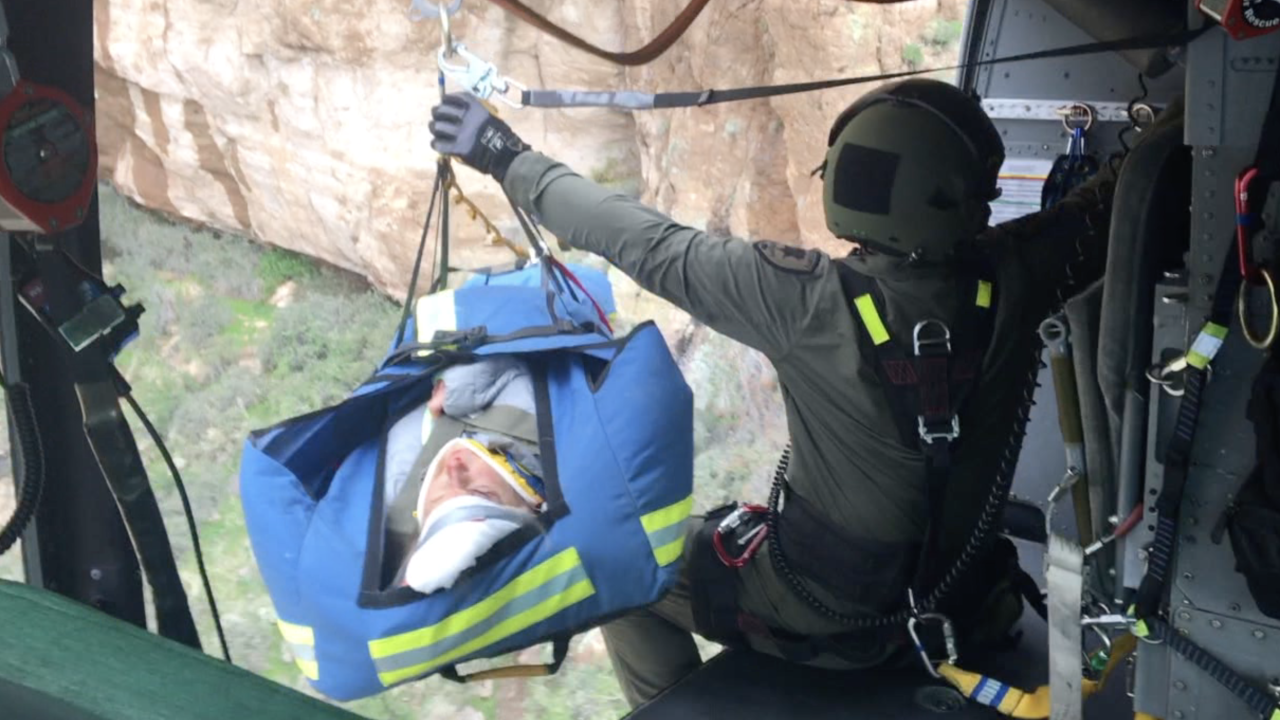 SUPERIOR, AZ — A Valley woman is still recovering after a serious fall that led to the Pinal County Sheriff's Office rescuing her with their helicopter from the side of the mountain.

It was supposed to be a quick Saturday hike. "That was our plan, just a simple out, and back," said Sandra Standridge, who had summited Picketpost outside Superior before.

"I am an avid hiker. I love to backpack. I'm wilderness first responder certified."

On the way down from the peak though, she grabbed a branch and took a sketchy step. "It just snapped off clean in my hand," she said. "All I remember is getting hit by the rocks, mostly to my head and face."

When she finally stopped falling, she was in a lot of pain and knew she needed help -- and fast. "There was a lot of blood coming out my head, my nose, my mouth," she said. "My left wrist was broken and my right foot was damaged."

Her friend went bounding down the mountain to call 911. "I was hurting really bad," she said. "I was really really cold and started to shake hardcore."

Fortunately, strangers hiking the trail heard her calling out for help and came to provide blankets, a sweatshirt, warmth, and moral support during the wait.

An hour after the fall, Sandra heard a noise. "I looked up and I just felt like breaking down at that point. It was just a really powerful experience," she said.

The Pinal County Sheriff's Office helicopter was approaching her, packed with trained deputies eager to help.

"She was in a position that we knew was going to be one of the most challenging rescues that we have done in our helicopter to date. And in fact, it was," said Sgt. Doug Peoble, with the PCSO Search and Rescue team.

The wind was whipping hard and the helicopter had to get close to the ground to make the extraction. Two deputies were able to lower themselves down and secure Sandra before pulling her up to safety.

As she began rising though, the infamous Phoenix rescue came to mind. "It absolutely did. To be honest with you, I did not know how helicopter rescues were normally conducted," she said.

This time the rescue ended with gratitude, not a lawsuit. "I felt very secure," she said. "I knew I couldn't get down the mountain by myself."

"It's a great feeling to know that we are able to do our job and rescue somebody," said Sgt. Peoble.