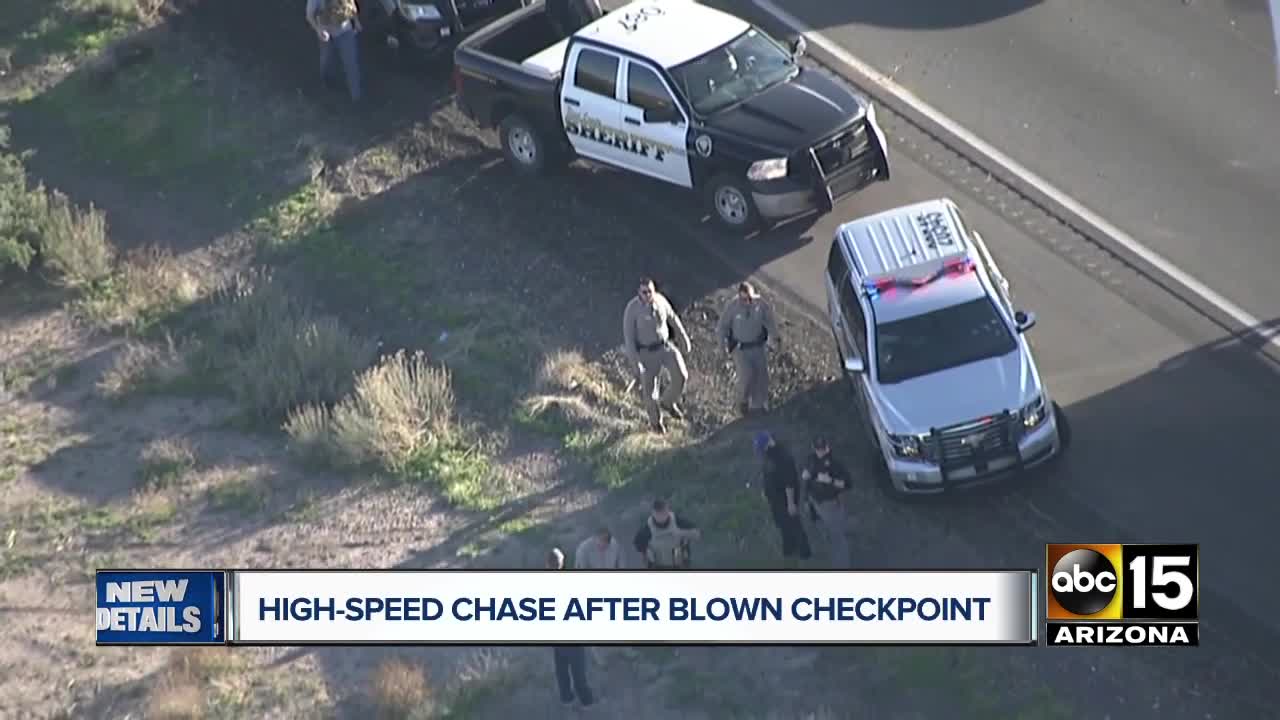 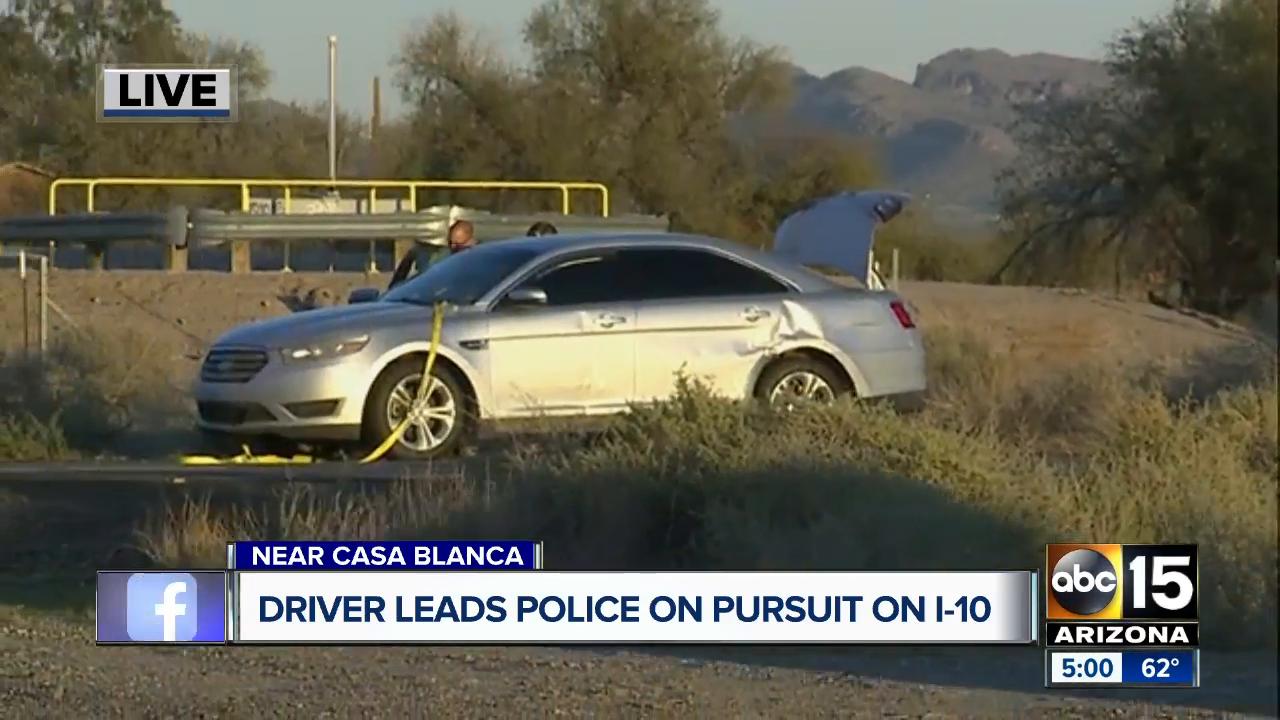 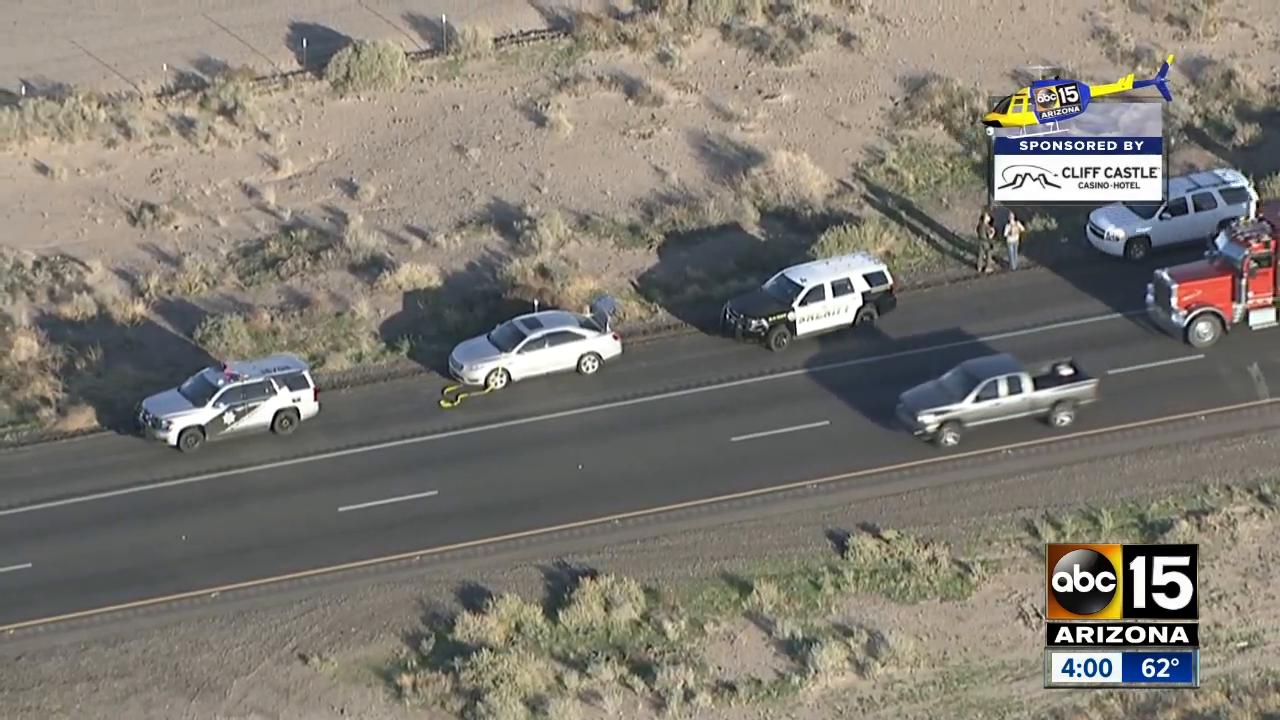 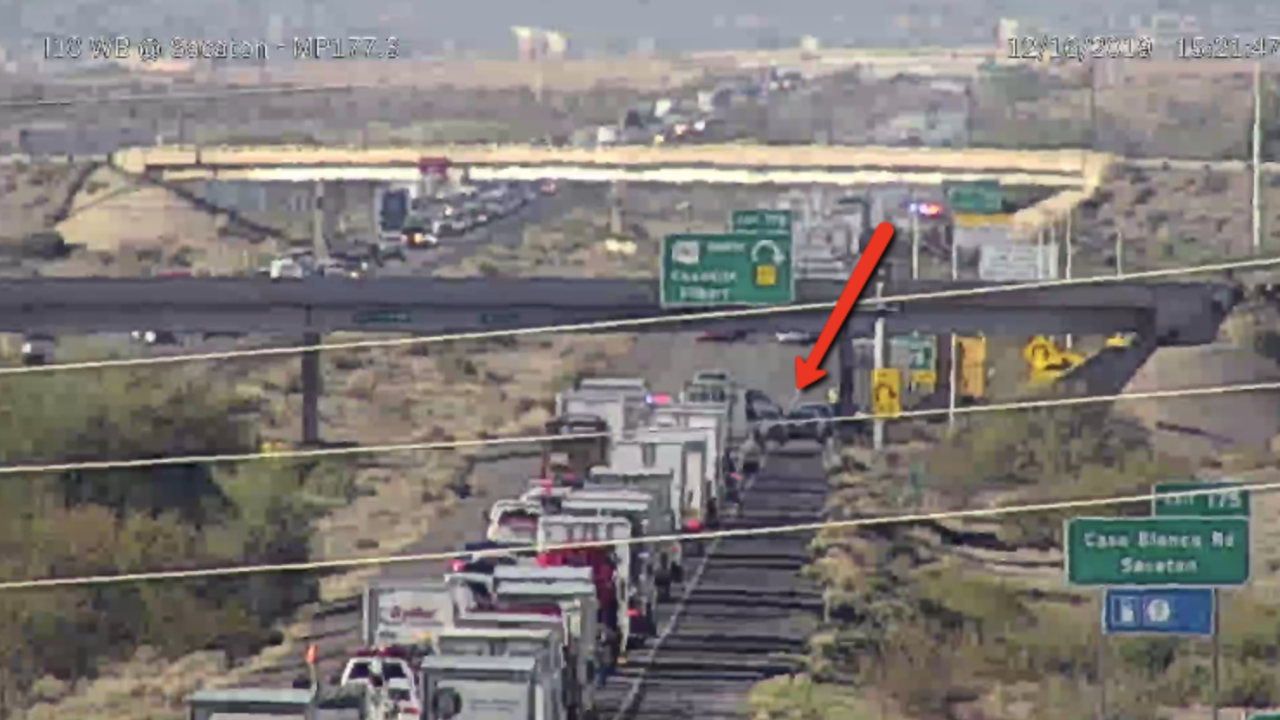 CASA GRANDE, AZ — The driver who allegedly sped through an immigration checkpoint in southern Arizona and lead authorities on a 50-mile chase that reached 110 mph on Interstate 10 remains in federal custody.

FBI officials say 39-year-old Adrian Stewart had his initial appearance Tuesday in federal court in Phoenix. They say he's being held on suspicion of human smuggling, transporting immigrants illegally, concealing immigrants who are in the country illegally and other charges.

An FBI spokeswoman says Stewart also could be facing a charge of assault on a Border Patrol officer.

U.S. Border Patrol officials said they asked Stewart to open the car's trunk at the checkpoint south of Casa Grande about 3 p.m. Monday.

Stewart sped off when agents saw two men inside the truck. He allegedly fired shots out of the car's sunroof at Border Patrol vehicles during the pursuit, but no injuries were reported.

The chase ended near Sacaton and authorities said the two immigrants were found alive in the car's trunk, but they are not facing charges. According to a federal complaint, Stewart told authorities that he picks up people and does it for money.

UPDATE:
Shots were fired at Border Patrol agents south of Casa Grande.
Two men were found in the trunk.
It ended with zero shots being fired, and everyone unharmed. Amazing - considering the chase hit 100mph, according to DPS, and went for miles on a busy I-10. pic.twitter.com/L70BfNZzYo

Stay with ABC15 News and abc15.com for updates