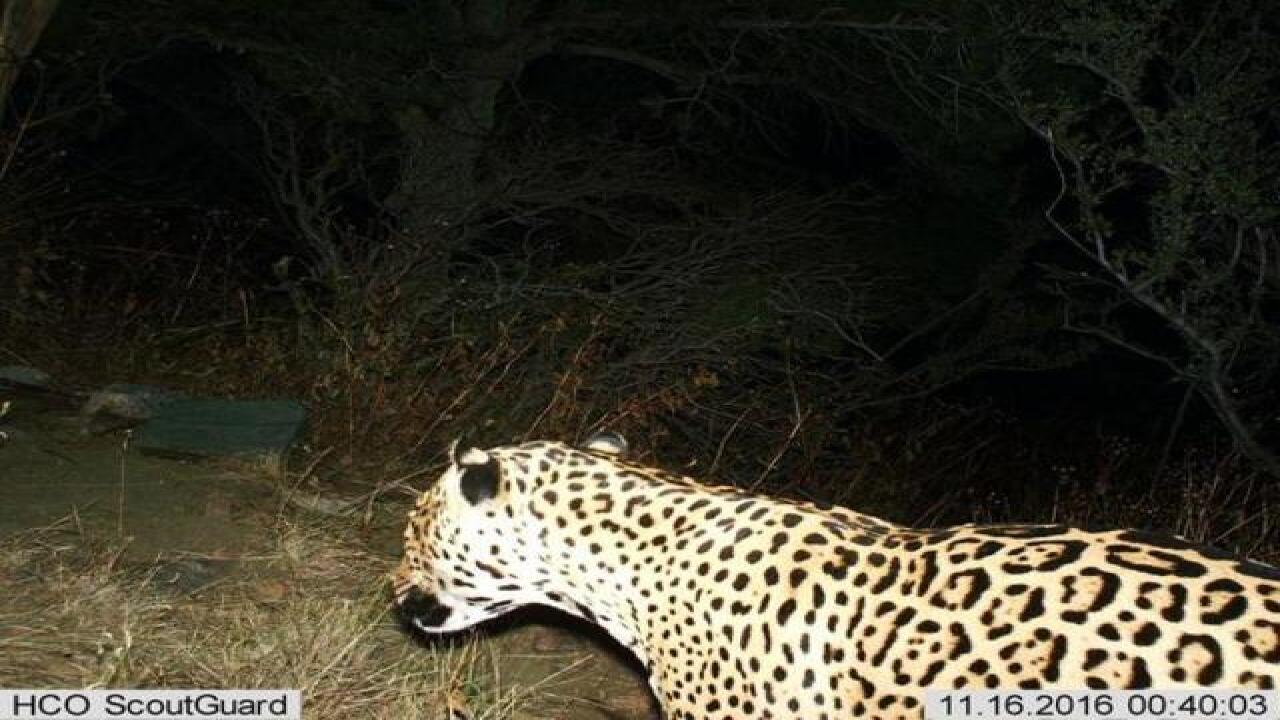 A photograph of a third jaguar in Southern Arizona has emerged.

A Bureau of Land Management trail camera spotted the jaguar in Cochise County on Nov. 16. The jaguar believed to be the third one spotted in the region since September 2012.

The latest jaguar was spotted in the Dos Cabezas Mountains, 60 miles north of the U.S.-Mexico border. Five scientists from the Arizona Game and Fish department have verified the photograph.

"This is a unique development. Jaguars are a historical component of Arizona’s wildlife diversity," said Jim deVos, Assistant Director for Wildlife Management at the Arizona Game and Fish Department, in a statement. "However, given the irregularity with which jaguar presence in Arizona is documented, even with the expanded use of trail cameras, this sighting is not an indication that jaguars are establishing a population in Arizona."

One jaguar was spotted in the Whetstone and Santa Rita Mountains from 2011 to 2015, and an additional jaguar was found in the Huachuca Mountains in December 2016 and January 2017.