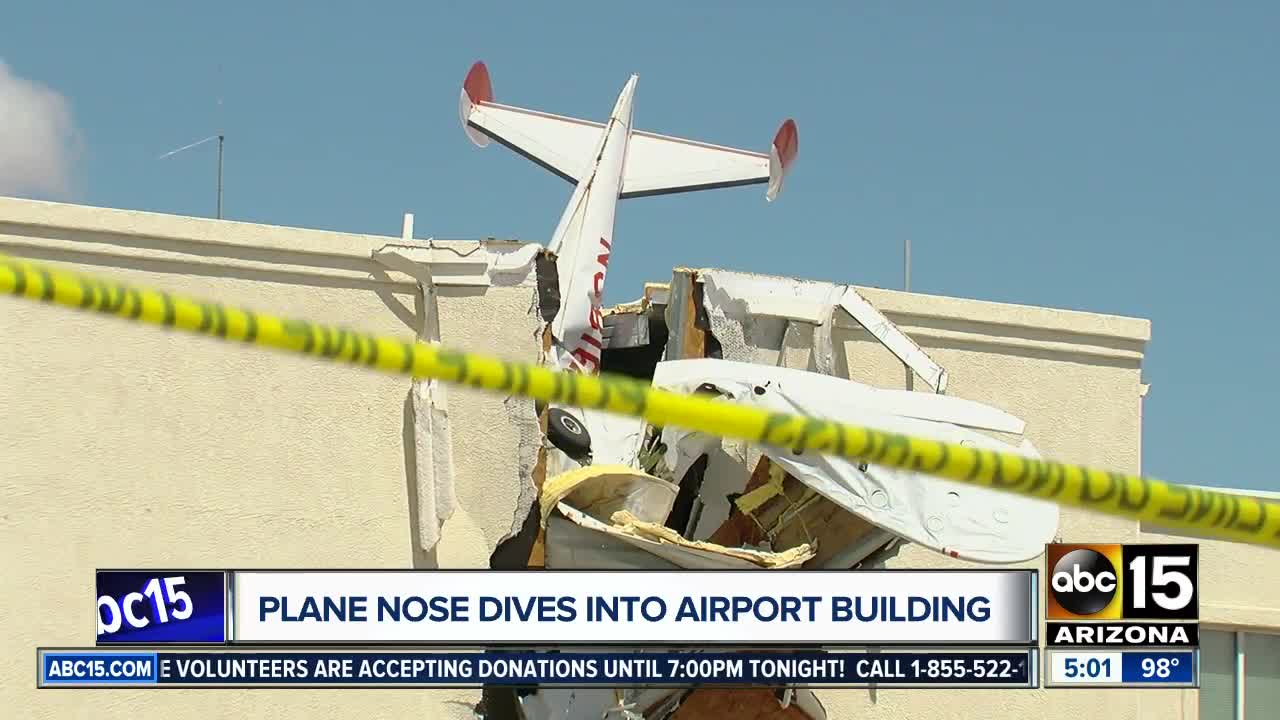 Two people were on board and were taken to the hospital with injuries. 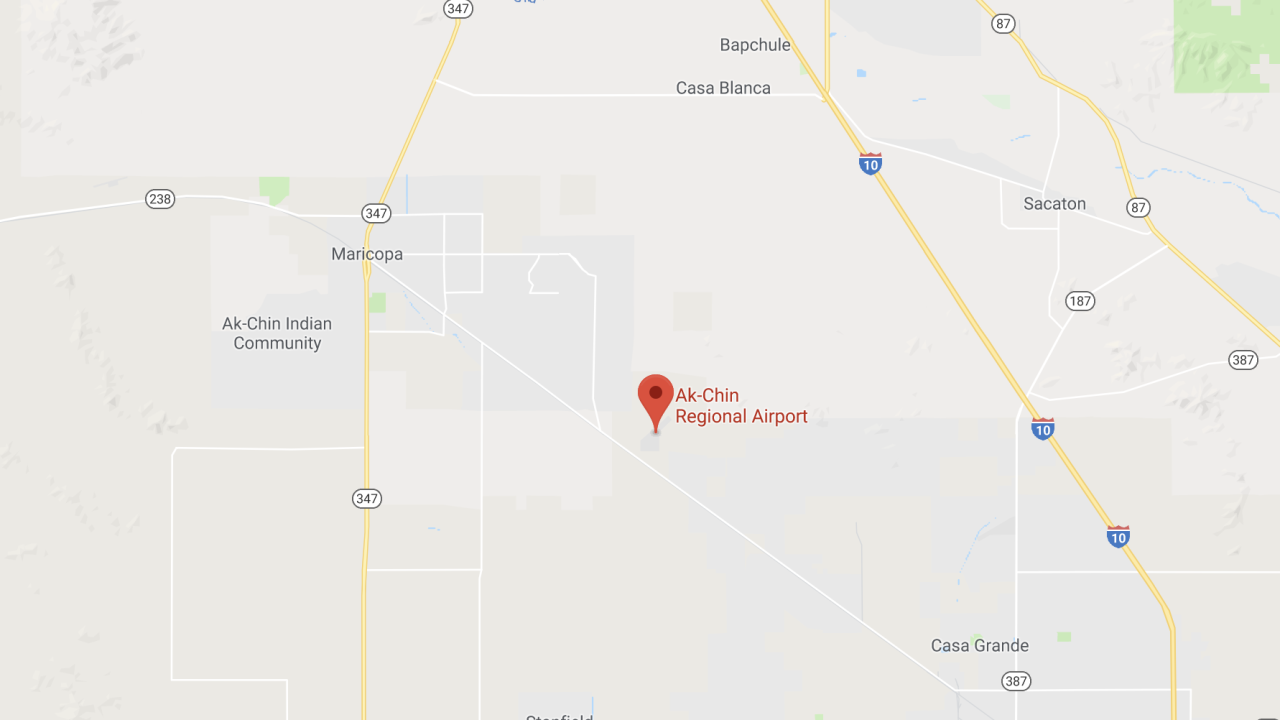 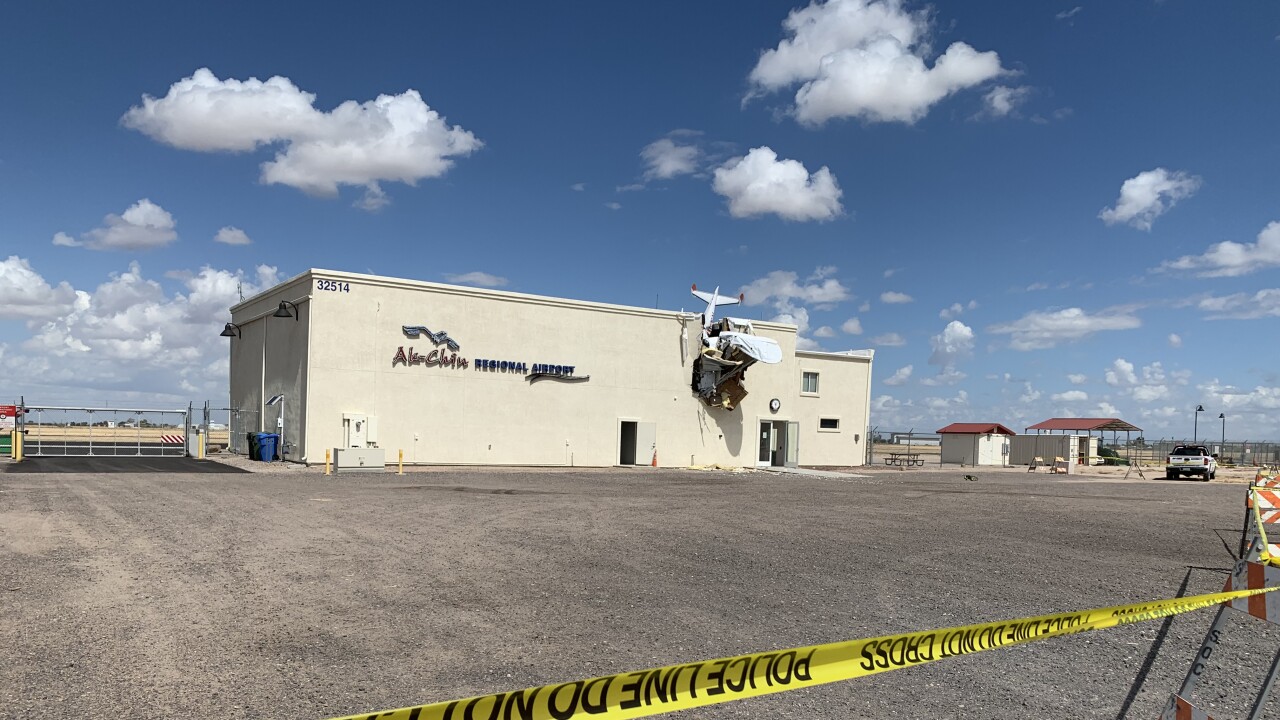 A flight instructor and a student pilot were taken to the hospital on Tuesday morning after the small plane they were in crashed into a building at a regional airport south of Phoenix.

The plane, a single-engine Ercoupe 415-C, crashed into the airport operations building at Ak-Chin Regional Airport shortly after take-off, according to a spokesperson for the Federal Aviation Administration. The airport sits between Maricopa and Casa Grande, which is about an hour southeast of Phoenix.

Andy Estes, owner of Desert Aero Club, the company that owns the plane, told ABC15 that the student and flight instructor were taken to the hospital with injuries. However, it was not known how severe or not their injuries were. Their names have not been released.

Estes told ABC15 that he was unable to provide any additional information.

No one inside the building was injured, officials said.

What caused the plane crash has not been determined and is under investigation. The FAA and National Transportation Safety Board will investigate.