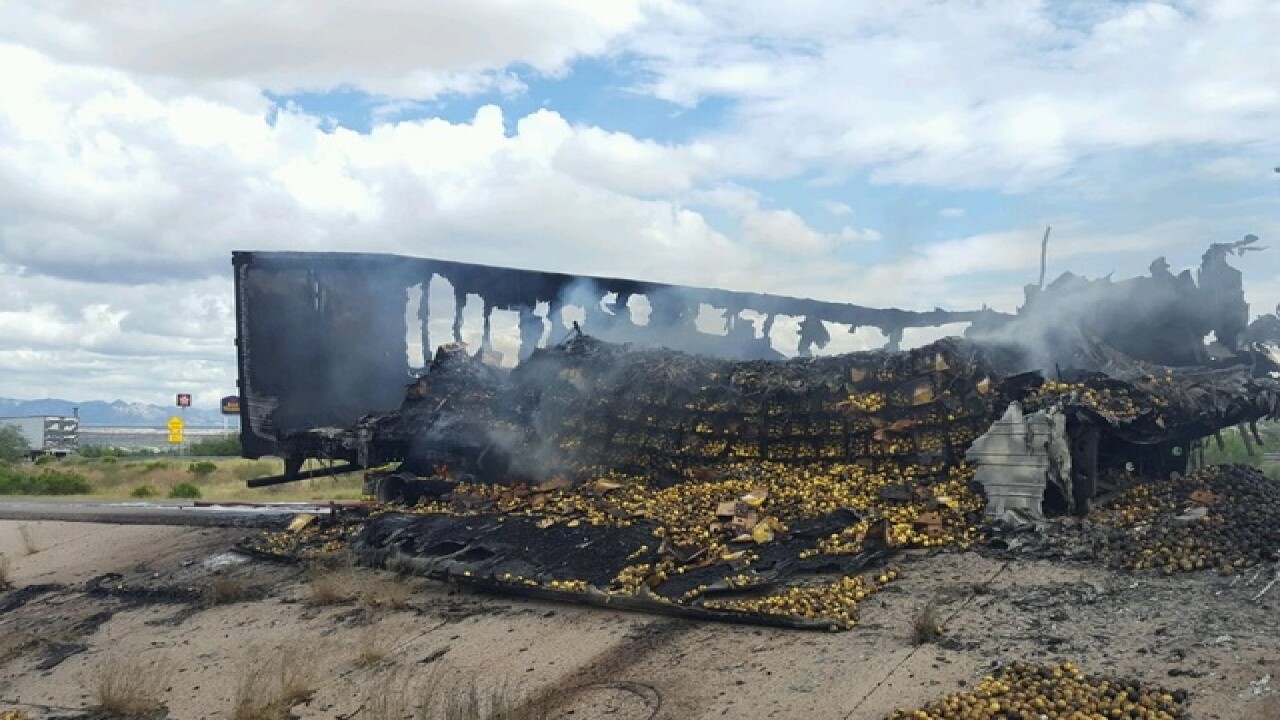 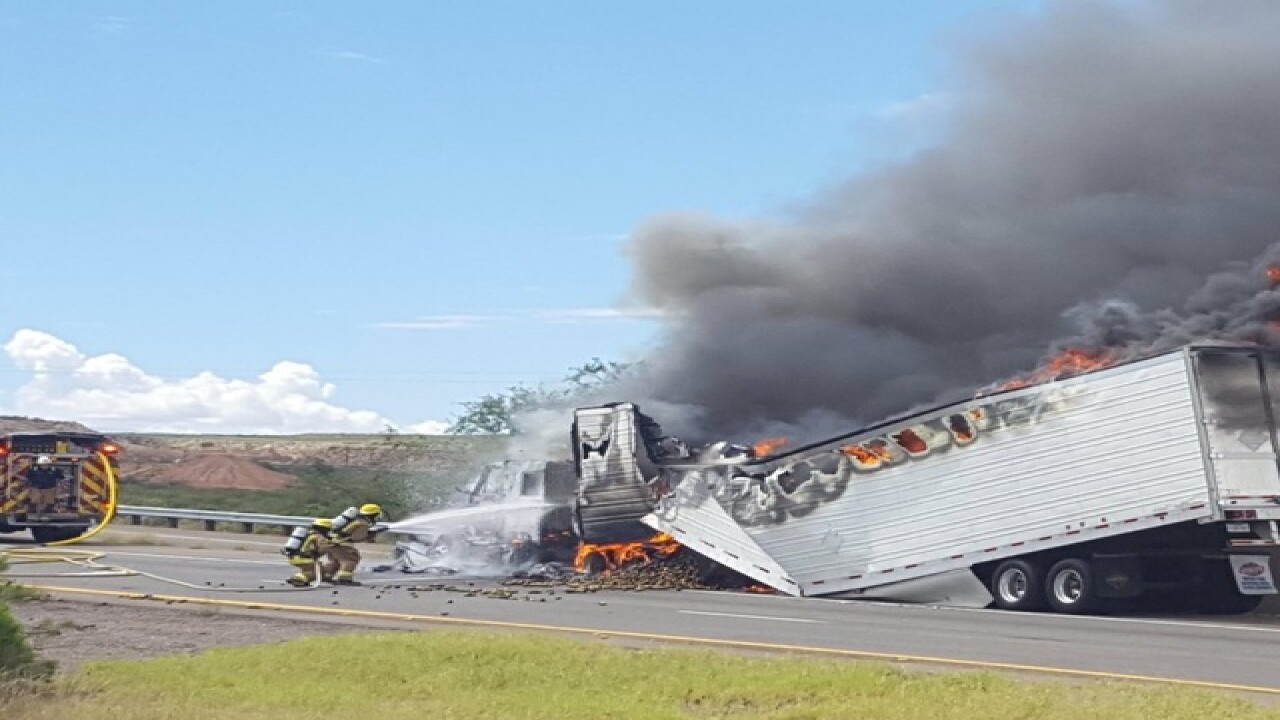 Drivers should expect to smell burnt lemons if driving on Interstate 10 in Benson anytime soon.

A semi-truck hauling lemons crashed Wednesday near milepost 304, according to the Arizona Department of Transportation.

The truck caught fire and westbound lanes were closed for less than a half hour. However, delays are still expected, transportation officials said.

No injuries were reported and additional information wasn’t released.