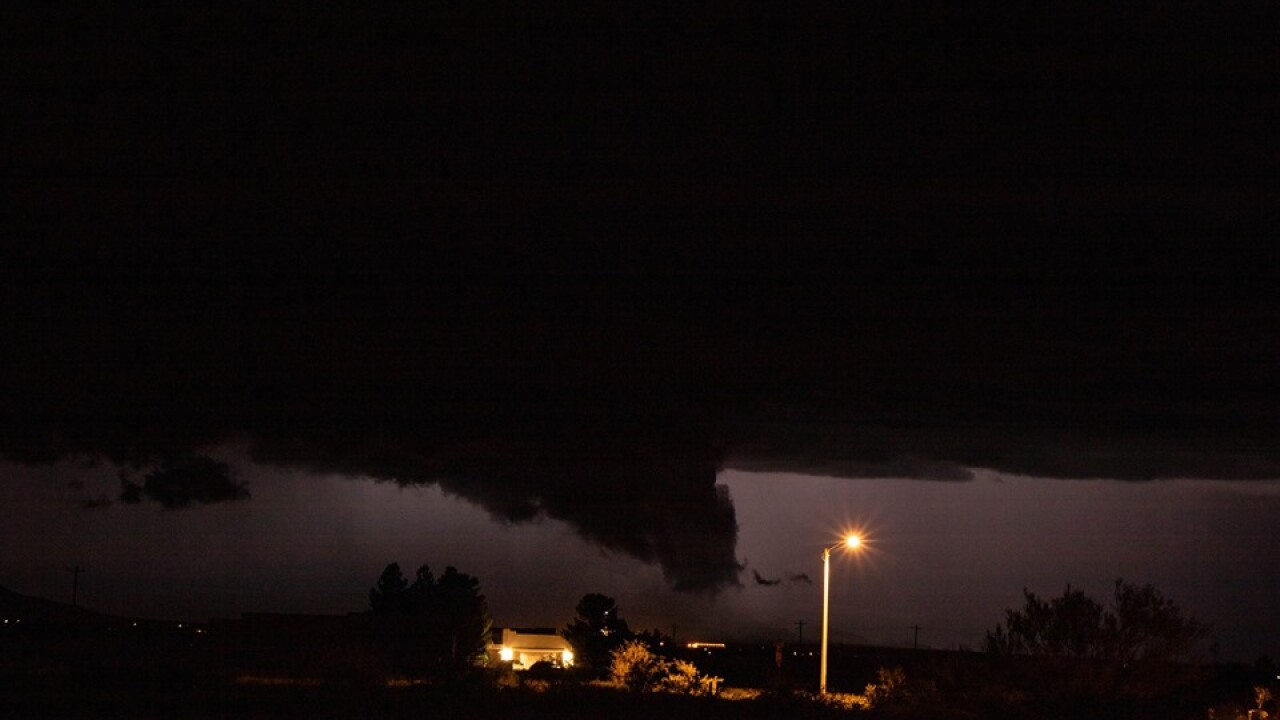 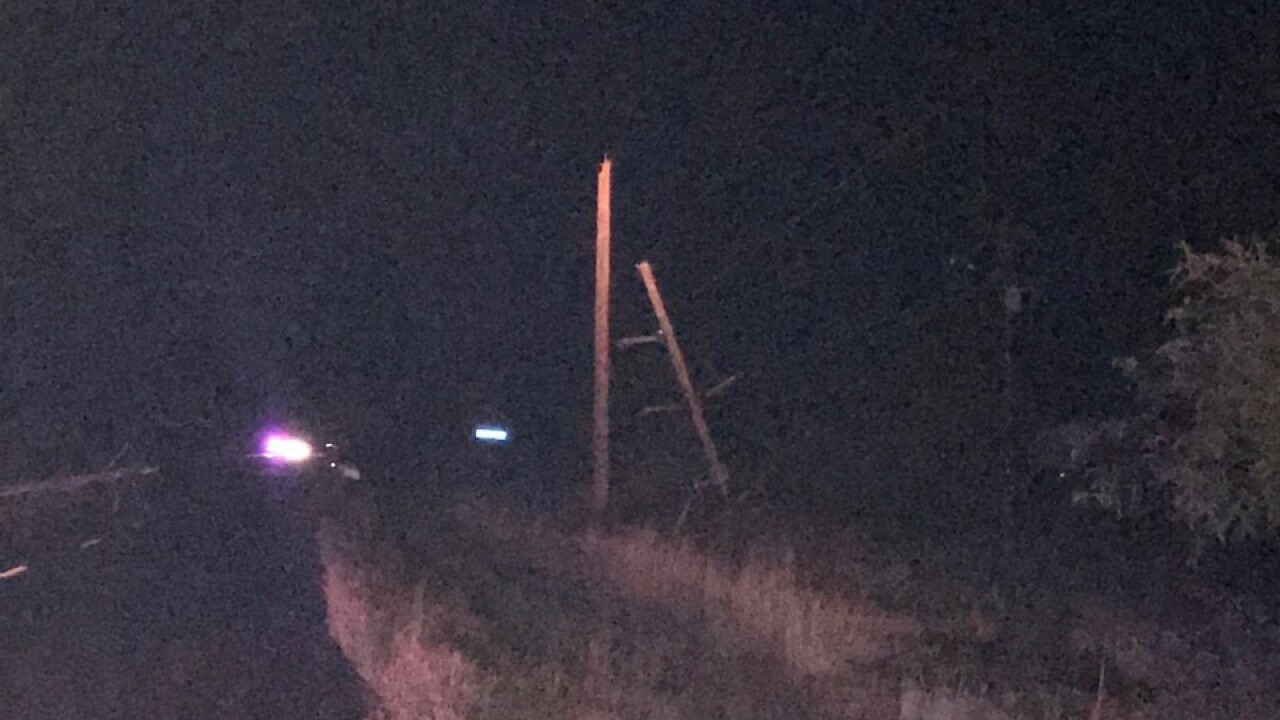 The National Weather Service confirmed Tuesday that an EF1 tornado touched down in the Willcox area Monday night.

Damage was found at the intersection of Cox and Hamilton Roads. The twister damaged numerous power poles and trees.

EF1 is the lowest classification on the tornado scale, which goes up to 200mph EF5.

The National Weather Service confirmation backed up early Cochise County Sheriff's Office says it got reports of a possible tornado in the Willcox area on Monday night.

According to a press release from CCSO, the report came in around 9:30 p.m. off of Hamilton Road. Initial reports indicated multiple power lines were down and several buildings were damaged by high winds.

It was later determined a total of four homes were damaged, however, all residents were accounted for.

The Cochise County Sheriff's Office said there was a reception area for people to go to if their home had lost power, but that center has since been closed.

As of early Tuesday morning, power had been restored to Willcox, according to the Cochise County Facebook page.

If you rely on medical equipment, sheriff's deputies urge you to reach out if you need help. The Northern Cochise Community Hospital is ready for more patients if the power becomes an ongoing issue.

The National Weather Service in Tucson posted a photo of the wall cloud of the now confirmed tornado Monday night.

Here is a picture of the wall cloud associated with the possible tornado near Willcox. Photo Credit: Laurin Richey. #azwx pic.twitter.com/JHRknFMWLg