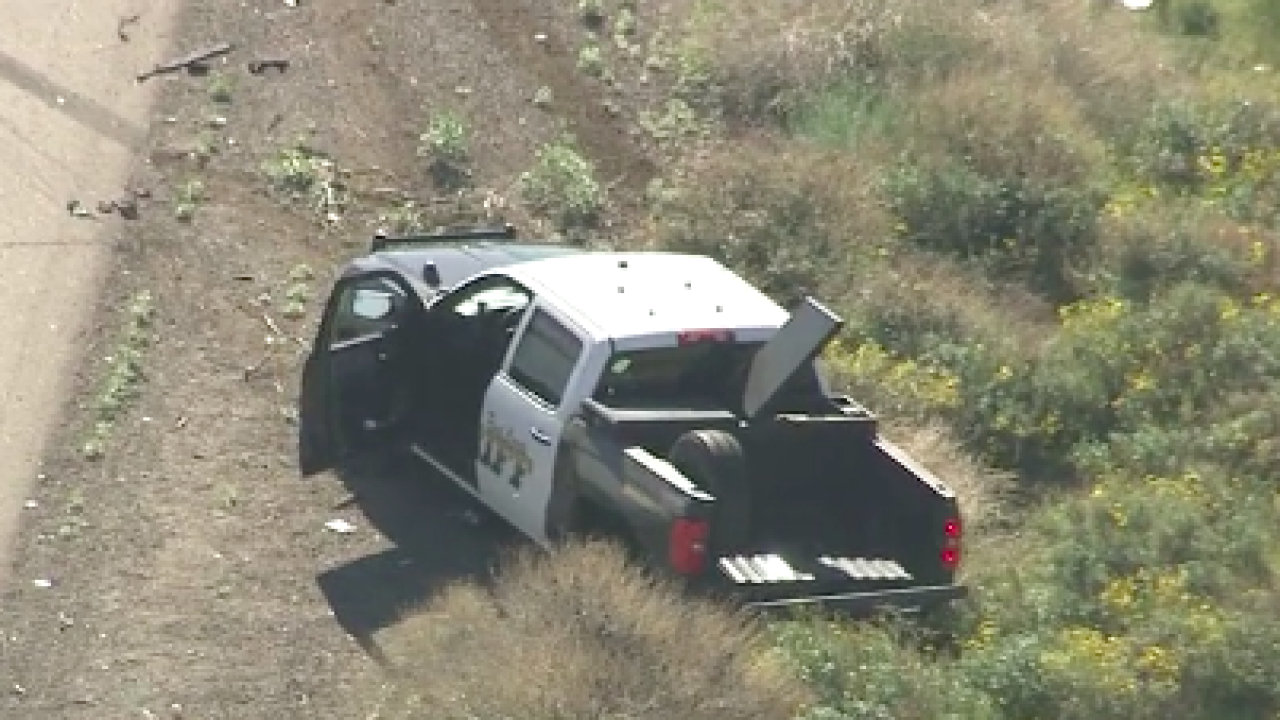 ELOY, AZ — A Pinal County Sheriff’s Office deputy was injured during a traffic stop involving a suspect who claimed to have a dead body in his vehicle Tuesday morning.

The incident started when Eloy police were called to the Pilot Truck Stop on Sunshine Boulevard in Eloy for reports of a man yelling at customers.

Police on scene attempted to stop 54-year-old Terrance Ryder, who was in a pickup, as he exited the truck stop and got onto the I-10 headed east.

Eloy police terminated the pursuit for safety reasons and returned to the truck stop to interview witnesses.

Police say Ryder then returned to the truck stop and confronted officers. Ryder allegedly told police that he had "his dead wife in the back of his vehicle" and again fled onto the I-10 headed east.

The Arizona Department of Public Safety was then asked to assist and troopers were eventually able to successfully deploy stop sticks.

Ryder continued in the vehicle until it was no longer able to drive, and initially refused to exit the vehicle. He eventually exited and was taken into custody after a short negotiation. Police searched the vehicle but found no evidence of foul play and no indication of a body.

The Pinal County Sheriff's Office says one of their deputies pulled over to assist in the traffic stop near milepost 219.

When the deputy stopped, he was rear-ended by another driver.

PCSO says the deputy was taken to the hospital with non-life-threatening injuries.

No further information has been released. Stay with ABC15 for updates on this developing story.