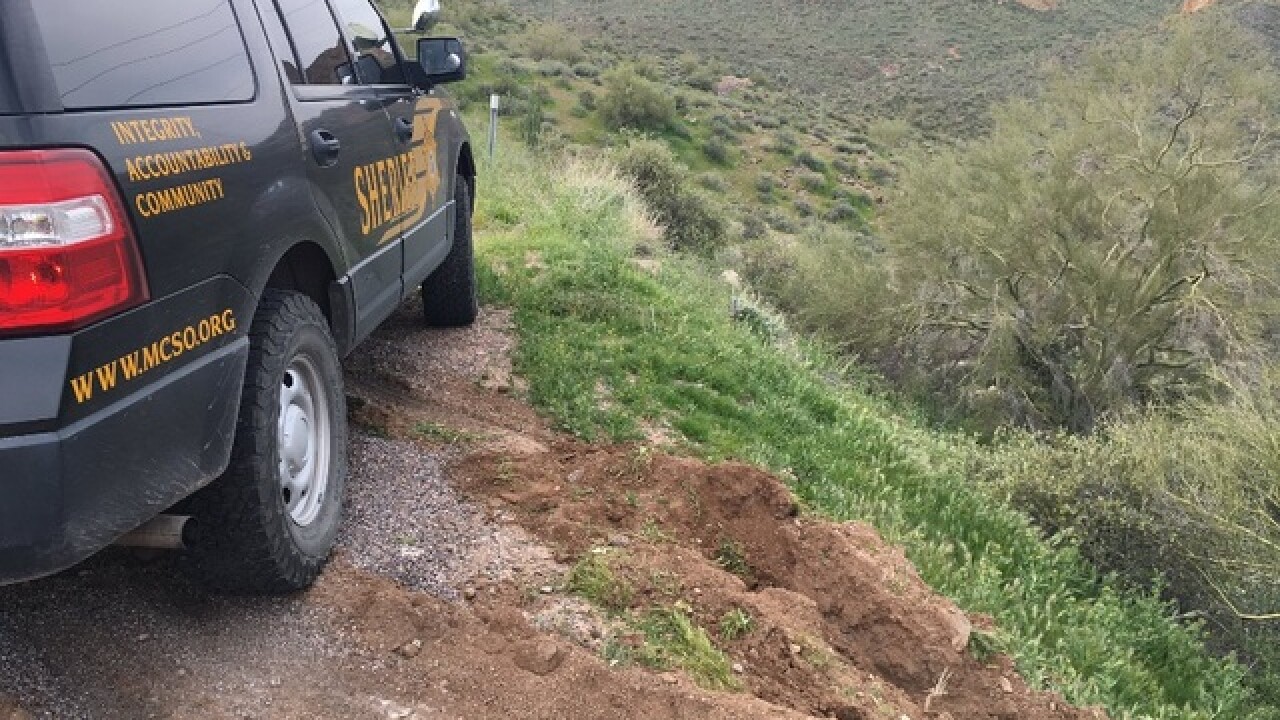 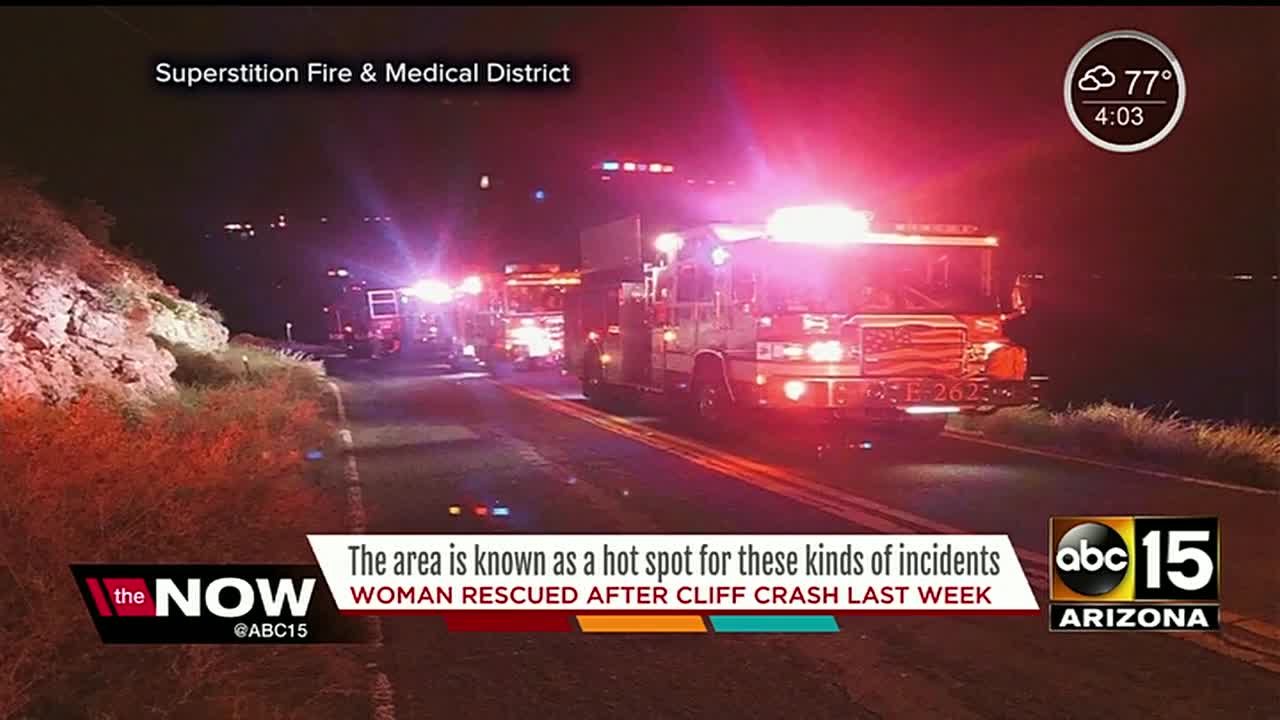 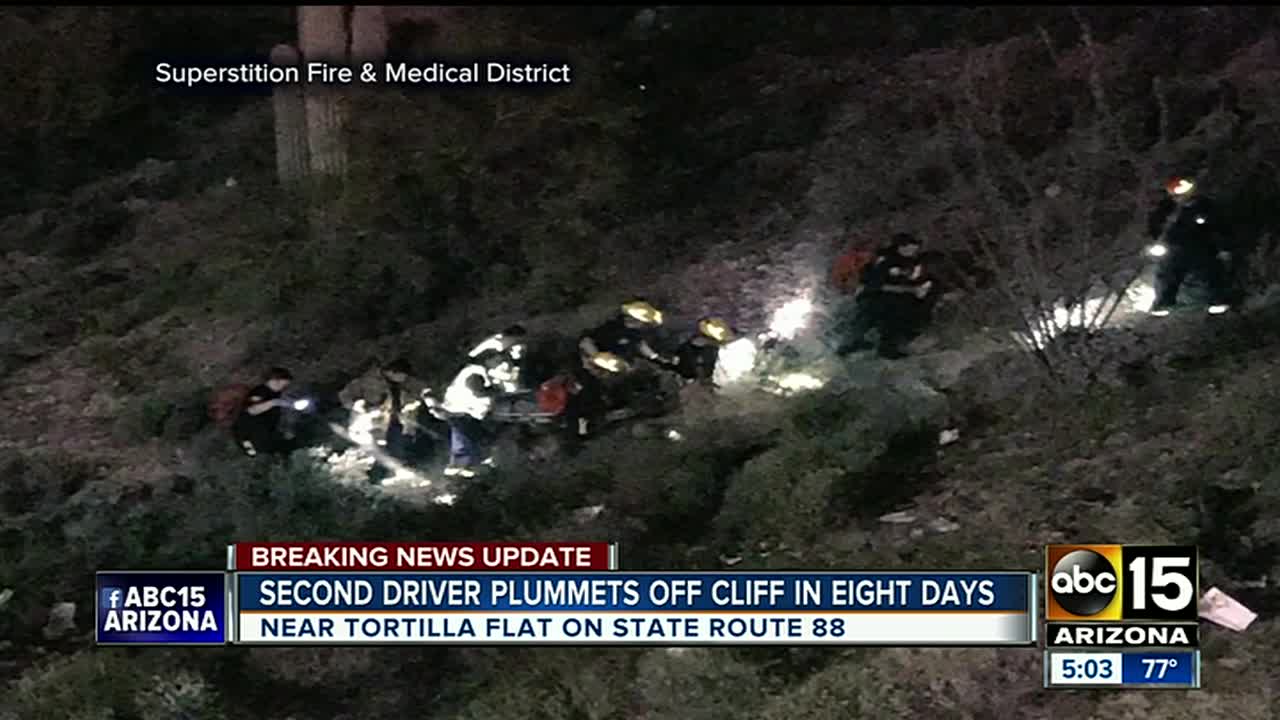 Officials are investigating if distracted driving caused a woman to go over a steep embankment on State Route 88 near Tortilla Flats Friday morning.

Department of Public Safety spokesman Quentin Mehr said the woman was driving eastbound on SR-88 near milepost 204 just after 9 a.m. when she lost control of her SUV and went off the roadway.

"She was...looking down," Mehr said. "When she looked back up, she was unable to stop control of her car."

The driver was airlifted from the scene and taken to the hospital for treatment of possibly serious injuries.

"Roads — straight, windy — are not going to actually cause a collision," Mehr said. "It's the driver on that road."

ADOT is slated to roll out a 12 month project in the spring that will focus on revamping State Route 88.

According to a press release, crews will remove and replace pavement as well as add new guardrails at the mile post 204 curve to fully shield the embankment.

Last week at the same mile post, 47-year-old Jennifer Benson drove her car off the same cliff. Her vehicle rolled over at least once but she escaped with minor injuries.

DPS officials told ABC15 speed does not appear to be a factor in this recent crash, but they are investigating if distracted driving could have contributed.