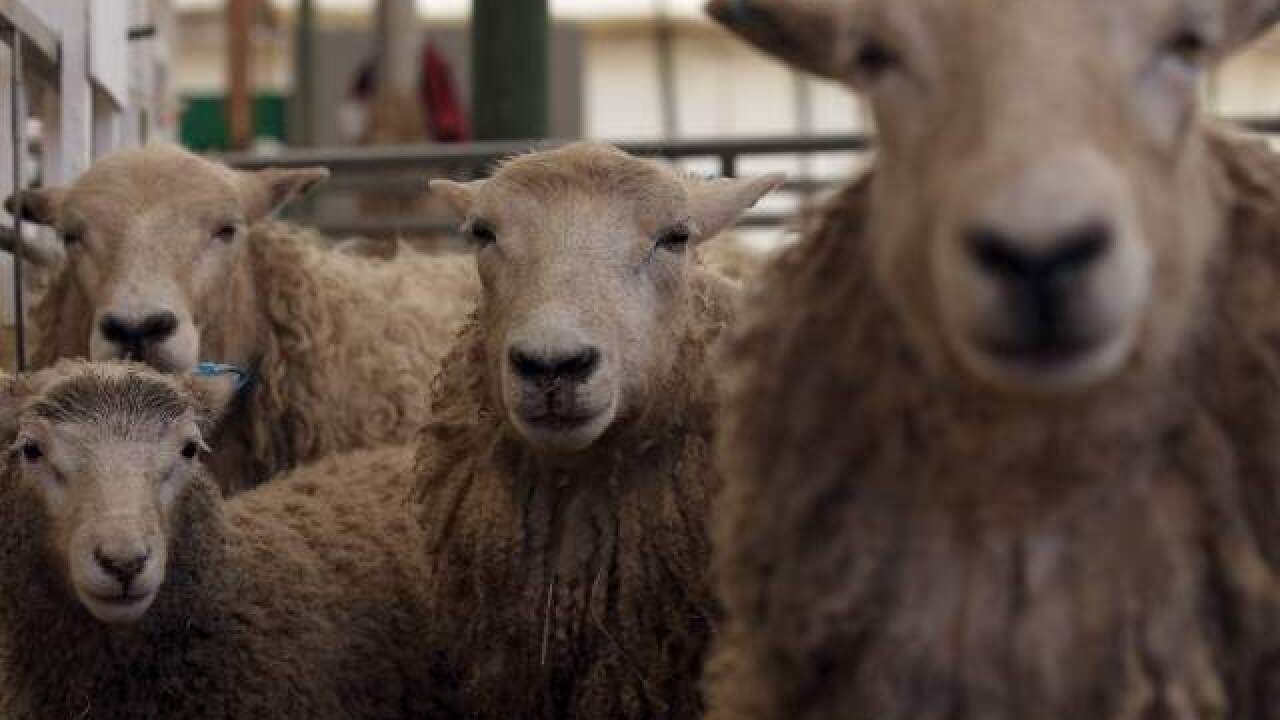 An animal rights group has asked an English village to change its name to help promote veganism and fight cruelty.

Activists from PETA sent a letter to the local authorities in Wool requesting they rename their town "Vegan Wool." In the letter, PETA argued that the name change will "put Wool in the spotlight and promote kindness to sheep."

The move follows the release of two PETA Asia investigations that the organization said uncovered cruelty to sheep in the British wool industry.

"Changing Wool's name to Vegan Wool would not only inspire local people to seek out cruelty-free clothing but also show a little compassion for the gentle sheep who are torn apart for wool," PETA Director Elisa Allen said in a statement. "PETA is encouraging parish councilors to make this change and set a precedent of respect for animals for the rest of England to follow."

PETA, whose motto is "animals are not ours to wear," has offered to provide every household in Wool with a vegan-friendly blanket if they agree to the change.

But town leaders say PETA has it wrong.

"If they look into the history of Wool, they will see that the village has nothing to do with the wool industry," a spokesperson from Wool Parish Council told the Dorset Echo newspaper. "I can’t see the village changing its name now. We are going to look into it and it will be discussed at the Parish Council meeting on December 17."

The Dorset County Council said it was not in favor of changing place names.

"As a county, we are immensely proud of our heritage and the diverse history of our often unique place names, which have been in place since Saxon times," a spokesperson for the council told ABC News.

So far, the campaign has garnered a mixed response on social media. Some have praised the publicity campaign, arguing that anything that gets people talking about animal cruelty is a good thing. Others, meanwhile, have suggested the request would alienate ordinary people.

But PETA has rejected the criticism they have received online, saying that awareness is crucial.

"The only way we can stop the abuse rampant in the wool industry is by making people aware of it," Allen told ABC News. "And in any case, we're not afraid to look silly or outrageous. It's not controversy or criticism that is animal's biggest enemy –- it's silence."

Despite the mixed response, PETA said it might suggest name changes for other animal-themed towns in the future.

"We previously suggested that Nottingham change its name to 'Not Eating Ham.' And we may talk to other villages and towns about their names, too," Allen said.

If the local authorities in Wool choose to accept PETA’s request, Vegan Wool will join Dorset County's long list of oddly-named locations. These include a hamlet called Shitterton, the village of Tincleton and a cliff-top valley named Scratchy Bottom.